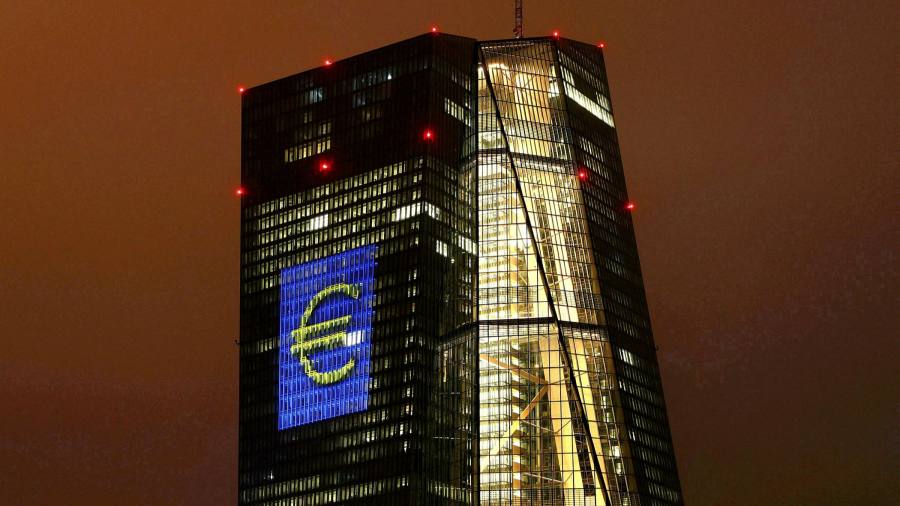 Global stocks fell on Wednesday as investors anticipated the unwinding of central bank stimulus measures that have helped prop up markets throughout the coronavirus pandemic.

Wall Street’s blue-chip S&P 500 index closed down 0.1 per cent, while the tech-heavy Nasdaq fell 0.6 per cent. Declines were broad-based, with cyclical sectors such as financials and energy falling alongside technology stocks, the latter having recently been a hide-out for investors doubtful of the strength of the economic recovery.

The cautious mood in the US followed declines across Europe and most of Asia.

The Europe-wide Stoxx 600 index closed down 1.1 per cent for its steepest fall in three weeks, while Germany’s Xetra Dax suffered its worst day since mid-July, dropping 1.5 per cent ahead of Thursday’s European Central Bank meeting. London’s FTSE 100 slid 0.8 per cent and the CAC 40 in Paris ended the session 0.9 per cent weaker.

The ECB has been buying €80bn of bonds each month through its pandemic emergency purchase programme to keep lending costs down in the euro area. The policy has helped prop up stock prices by driving investors toward riskier assets, but analysts expect the ECB to announce a slowdown in bond purchases to about €60bn.

“Investors are back from the summer and thinking about the end of the ‘Goldilocks environment’, where you had economic recovery and very loose monetary policy,” said Nadège Dufossé, head of cross-asset strategy at European fund manager Candriam.

“The ECB looks set to be the first major central bank to communicate tapering [asset purchases],” she added, with investors worldwide poised “to see how they do it and how hawkish they appear”.

Weak data on US jobs growth last week has added to uncertainty over when the Federal Reserve will begin scaling back its own stimulus programme, but top Fed official James Bullard told the Financial Times on Wednesday that the central bank should press ahead with its tapering plans.

“The big picture is that the taper will get going this year and will end sometime by the first half of next year,” he said.

Japan’s Nikkei index was a rare bright spot in Asia, extending recent gains as investors continue to bet that a new government will introduce economic stimulus measures. However, China’s CSI 300 fell 0.4 per cent and the Hang Seng in Hong Kong dropped 0.1 per cent.

Marija Veitmane, senior strategist at State Street Global Markets, said she did not expect a prolonged equity market correction because central banks would probably maintain interest rates at historic low levels until the end of next year.

“This is a time where you could take a small step down in terms of risk appetite, but it is not the time to turn risk-averse,” she said. “There is a strong distinction between tapering and rate hikes.”

The prospect of central banks reducing the scale of their bond purchases has hit prices of German and US government bonds in recent days. However, the yield on the benchmark 10-year US Treasury, which falls when prices rise, dipped 0.03 percentage points after the government’s most recent Treasury auction showed strong demand for the second month in a row.

The yield on Germany’s 10-year Bund ended the day practically flat at minus 0.33 per cent, just below a two-month high.

The dollar index, which measures the US currency against a basket of peers, rose 0.2 per cent. The euro lost 0.2 per cent against the dollar, purchasing $1.1818.

Elsewhere, Brent crude rose 1.3 per cent to $72.65 a barrel, with the oil benchmark pushed higher by US producers struggling to get back to business after Hurricane Ida swept through the energy-producing Gulf of Mexico.