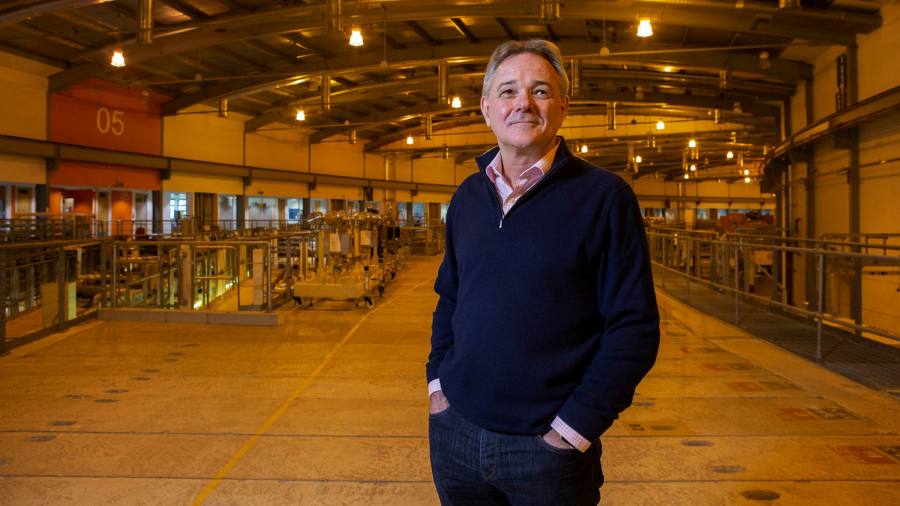 The Wellcome Trust will boost spending on research to £16bn over the next 10 years as the UK’s largest charitable donor focuses on funding second and third generation vaccines while the world prepares for Covid-19 to become endemic.

Sir Jeremy Farrar, director of Wellcome and former Sage member, said he believed there would be another coronavirus variant in 2022 after Omicron, adding that the country should not be complacent that future strains of the virus would be less severe.

The UK needed to prepare for Covid-19 moving from pandemic to endemic, he said, adding that the virus was “a present for life, not for Christmas”.

Farrar stressed the need for the UK to work on next generation vaccines, and argued that the rest of the world would require access to existing jabs by this spring to reduce the chances of new variants spreading.

He said that the chance of a variant totally escaping immunity offered both by vaccines and natural infection was small but added: “Our responsibility is to make sure that we develop those second, third generation vaccines. So that if that was to happen next year, or tomorrow, or in five years’ time, we’re not back to January of 2020.”

The spread of Omicron had now peaked in London, said Farrar, who left Sage, the government’s pandemic science advisory group, in October, to focus on his role leading the foundation.

But the rest of the country was a couple of weeks behind, he added, and the full impact of the Omicron wave would not be felt on the health service until transmissions started to show more broadly in older age groups after the Christmas period.

Wellcome would focus some of its new funding on second and third generation vaccines, he said, alongside a wide range of initiatives designed to discover and stop the spread of other viruses, such as through the Coalition for Epidemic Preparedness Innovations, a global partnership designed to develop vaccines to prevent future outbreaks.

Wellcome has spent more than £9bn in the past decade to support scientists, programmes and institutions across scientific and healthcare sectors, including £1.2bn last year.

Farrar said the success of Wellcome’s investment strategy has allowed the trust to raise its charitable spending to £16bn in the next 10 years. It also planned to meet global challenges such as climate change and its impact on health, and mental health.

Wellcome had its most successful financial year in 2021 since when the trust publicly sold its last remaining shares to Glaxo Plc in 1995 to form the world’s largest pharmaceutical company Glaxo Wellcome, with a return of 35 per cent.

The trust’s total funds increased from £8.4bn to £36.2bn last year, with strong results from holdings in private companies, including DoorDash, a US food delivery platform, and private equity funds.

But Nick Moakes, Wellcome’s chief investment officer, warned that this year will be toughest from an investor standpoint since the financial crash given spiralling inflation — and the likelihood of rising interest rates as a result — and the end of Covid stimulus.

Moakes predicted a “much more difficult environment” for investors.

“We are seeing bond yields rising quite sharply. Rates are going to start going up, they already obviously have a little bit in the UK, but they will go up a lot more,” he said. Farrar also warned of taxes rising at a time when costs, such as energy bills, were “going through the roof”.

“We’re going to get to the point where there will be no further QE coming in the US and the UK. And there might even be quantitative tightening.”

Wellcome would invest more into physical assets that offered a hedge to inflation, such as property, he said, as well as in private equity and opportunistic deals resulting from the pandemic.

He said that inflation was “a political hot potato for the first time in well over a decade”, adding: “These are hard decisions to be making.”