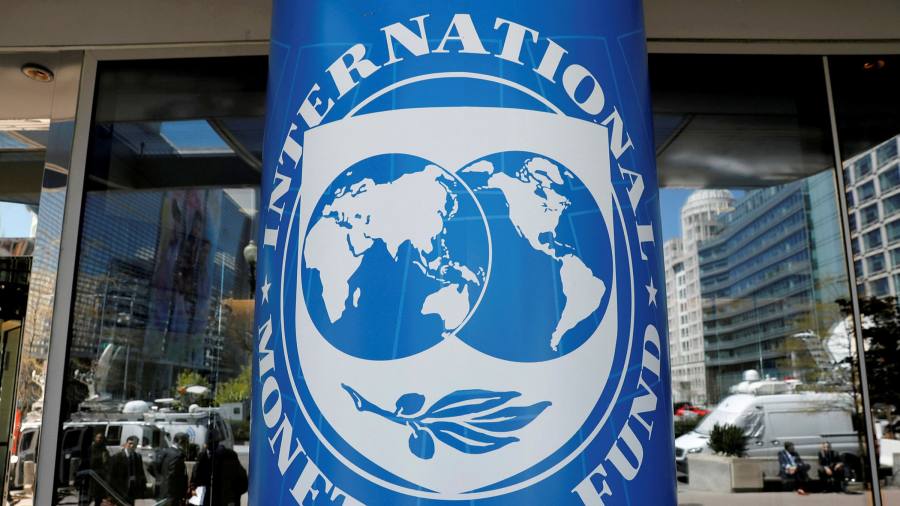 This is a guest post by Andrés Arauz, a senior research fellow at CEPR, a doctoral fellow at UNAM, and a former Ecuadorian presidential candidate.

The IMF’s Special Drawing Rights (SDR) allocation added $650bn worth of potential dollar liquidity into the global financial system on August 23. But some of the world’s most stricken economies are floundering when it comes to putting that liquidity to use due to disagreements in some cases about who has ownership over the funds: central banks or governments.

Since SDRs are relatively unknown to policymakers in Latin America, Latindadd, a civil society organisation who works on tax, debt and development, put out a handbook for the fiscal use of SDRs in August to try and help guide decision-making in this area. According to the group, SDRs represent an international reserve asset that was created by the IMF in 1969 to help facilitate balance of payment settlements. Even so, SDRs do not themselves constitute debt or loans but rather potential claims on the freely usable hard currencies of other IMF members. Historically, these claims have always been redeemed under the auspices of IMF loan programmes. This implies the assets are and always have been closely connected to fiscal budgets.

Mexico’s president, Lopez Obrador, would agree with that analysis. He recently declared the $12bn of SDRs given to Mexico in the latest issuance should go to the government’s budget despite the Mexican central bank, known as Banxico, publicly asserting that it, not the government, should maintain control over the assets.

It is Lopez Obrador who is correct. And it is important for the international community to understand the legal grounds for why he is right.

According to Articles XV and XVII of the IMF Articles of Agreement, the SDRs belong to “members”. Members are the nations’ governments, not their central banks. The IMF’s recent guidance says:

Members enjoy a large degree of freedom in how to manage the SDRs allocated to them, including to what extent central banks are involved in their management and whether the budget can directly use them for budget support.

In some countries, authorities record the SDRs in the government balance sheet and their domestic legislation specifies that a government agency is the ultimate owner of SDRs.”

With regards to its domestic law, Banxico argues that Article 20 of the central bank’s own legislation lists SDRs as part of its international reserves, but this confuses the nature of SDRs as assets with that of them as property. In accounting terms, Banxico can still hold SDRs as part of its reserves, while also recognising that the allocation belongs to the government.

An example is helpful here. When Pemex, Mexico’s national oil company, sells oil, it gets dollars in return. Pemex deposits those dollars at Banxico. Banxico credits Pemex’s account and increases its international reserves, but the dollars were originally the property of Pemex. The same occurs for the SDRs: the Mexican Treasury receives the SDR allocation, it records them as part of the budget, then deposits the SDRs at Banxico. The Mexican Treasury has increased its own balances, Banxico increases its international reserves, but the SDRs were originally owned by the government.

Even if Banxico wants to push its incorrect interpretation of its domestic law, the Articles of Agreement constitute an international treaty, and thus override domestic law.

Banxico says that incoming SDRs have to be recorded as both an asset and as a liability of the central bank. This is a myth. The IMF’s recent guidance says:

The Articles of Agreement do not prescribe a specific accounting treatment for SDR allocations. Accordingly, members are not obliged under the Articles to follow a specific accounting framework or methodology in respect of their allocations. Members who voluntarily subscribe to specific statistical best practices would be expected to present and disseminate their data in line with the best practices to which they subscribe.

The best practice that “would be expected” comes from the sixth version of the IMF Balance of Payments Manual (BPM6). But BPM6 is only a set of statistical recommendations; it is very clear about its non-binding nature in its introductory chapter:

1.7 The definitions and classifications in this Manual do not purport to give effect to, or interpret, various provisions (which pertain to the legal characterization of official action or inaction in relation to such transactions) of the Articles of Agreement of the International Monetary Fund.

In line with the creation of SDRs in 1969 as “paper gold”, the fifth version of the same manual (BPM5) (prominently applied last time SDRs were issued in 2009) clearly said that “SDRs are international reserve assets created by the IMF” and that “IMF members to whom SDRs are allocated do not incur actual (unconditional) liabilities to repay SDR allocations”.

Obrador’s economics are also correct. The IMF’s Managing Director, Kristalina Georgieva, has made a courageous call to countries in dire need, noting that the SDR allocations of 2009 were often used simply to boost reserves. This time she hopes it will be different: “We call on you – on the leaders – to use these resources strategically, for top priorities. And, of course, self-resilience on health is a top priority,” she said.

Obrador proposes using the SDRs for the benefit of the people and to reduce his government’s debt service payments. While I would prefer to see SDRs spent on economic recovery, loans to small businesses and key infrastructure, it is up to the Mexican people – and its democratically elected government – to decide how to spend them best, and not the central bankers who want to sterilise and stash away the hard-fought for SDR injection in an already-high stockpile of reserves.

It would be a pity if, after all the efforts civil society and numerous leaders put into this SDR allocation, the funds failed to be used amid a pandemic due to faux technocratic obstacles. Mexico’s move provides a precedent for the developing world.