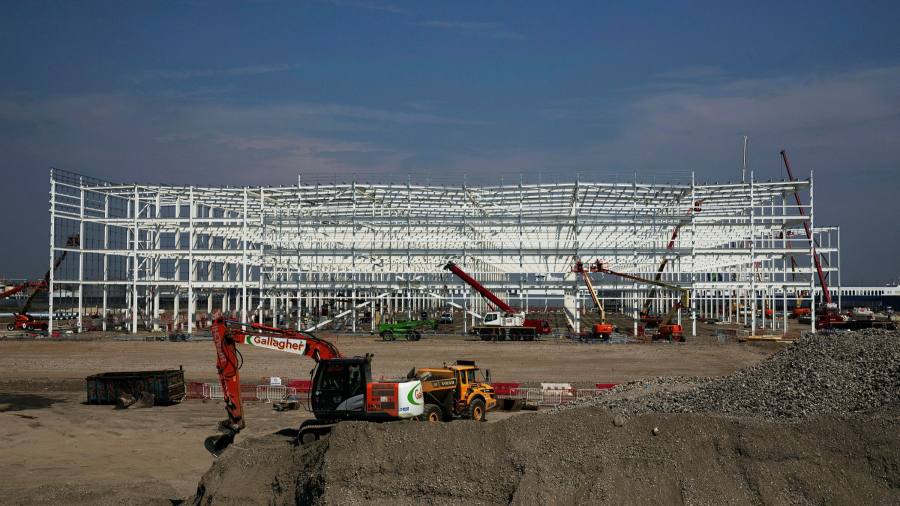 Sign up to myFT Daily Digest to be the first to know about UK property news.

England only seems to have two types of land: green and pleasant, or housing.

At least, you might get that impression from the government’s planning reforms, which have been notably light on any discussion of space for other uses.

Housing availability and affordability is a national crisis. But the people looking for a home (or those who like ambling over mountains green) also tend to want jobs. And the lack of thought being given to land for business uses is a looming problem.

The most obvious issue is in sheds — the industrial, rather than garden variety. Brexit had already created more demand for storage space, as companies stockpiled components and inventory. What followed was multiple years of growth for online shopping crammed into one pandemic. The result: a stampede for logistics units.

Take up of large, top-quality sheds hit a record 36m sq ft last year, up 64 per cent on 2019, according to JLL. Record lettings continued in the first half of this year, with take-up 58 per cent above the five-year average.

If the government boosts housebuilding to 300,000 new homes a year, that could mean further demand. Planning consultancy Turley reckons that maintaining the warehouse square footage per household (which is probably too low) would require an extra 21m sq ft of additional space annually.

Some sites previously earmarked aren’t suited to modern logistics as they’re not big enough, or lack the right power supply. There is also growing demand for near-urban, last-mile logistics space in big cities. Blue-chip property company British Land is getting into the urban shed business, attracted by the clamour for space in London, and is looking at opportunities to use spare space on retail parks.

But “shed fever” could also create problems. One is a lack of big, strategic sites of the kind needed for inward investment, a crucial component of government plans to level up the country, with investment minister Lord Gerry Grimstone this week proclaiming that the pipeline was as “busy as I’ve ever known it”.

Honda’s 370-acre site in Swindon is one prime location that looks set to switch away from manufacturing. It was sold to logistics developer Panattoni after the Japanese carmaker decided to halt production there.

Logistics demand is now so hot that it’s hoovering up both good and not-so-good industrial sites, argues Matt Griffith of not-for-profit group Business West, leaving a broader shortage for other uses such as advanced manufacturing that drives up costs and hurts competitiveness. Policymakers can’t assume businesses will be displaced to the constituency of their choice. For a start, vacancy rates are low nationwide, particularly so in the north-east.

A lack of information and oversight compounds the problem. Nobody has a good picture centrally of the availability of employment sites across the country, according to market participants. Need is assessed at a local level, but those plans are often based on evidence that is several years out of date. Housing has been a higher priority for local authorities, which in any case don’t have an incentive to set aside large sites for an investment that may never arrive.

What’s needed is a layer of strategic oversight with an eye on employment and regeneration questions, as well as housing. The regional spatial strategies, which were ditched in 2010, once filled this gap argues Ben Taylor, planning director at Newlands Property Developments, who hopes that a new framework under consideration for the area around Oxford and Cambridge may prompt a resurgence in this kind of thinking.

Some local industrial strategies have taken up the issue, with the West Midlands highlighting a “significant gap” around employment land, especially “large scale, strategic sites that can have the greatest net additional impact on growth and jobs”. But the status of those strategies are in doubt after the government banjaxed their national equivalent earlier this year.

The current system seems ill-equipped to respond to shortages. Revising local plans takes years on top of planning and construction time, which means an inability to adapt to a rapidly changing market.

If we’re hoping to Build Back Better, better make sure there is something to build on.