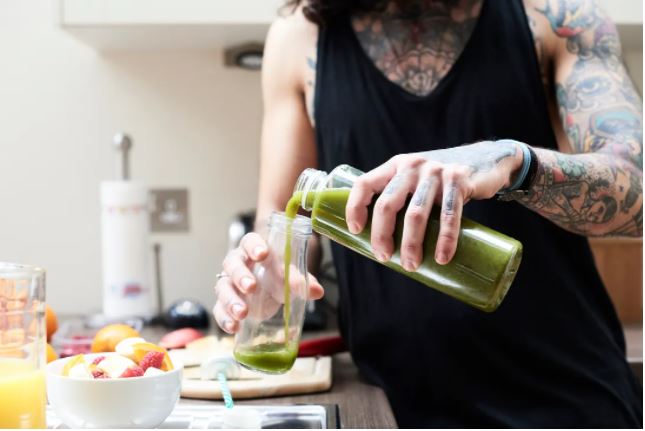 The fitness industry is no stranger to misinformation and it continues to thrive through all social media platforms. It might seem harmless, but all it takes is one piece of false information to go viral and it can potentially cause harm (case in point: last year’s dry scooping trend on TikTok). To be fair, not all fitness influencers are out there spreading lies to their followers. There are many accredited exercise experts that are doing their due diligence to combat this type of misinformation, and we’re here to help you separate fact from fiction.

If you’re confused about whether or not you should be doing fasted cardio to lose weight, or whether you’re supposed to be sore after every workout session, you’re not alone. Here are some of the most popular fitness myths, debunked and explained by a personal trainer and scientific studies, so you can stay informed and ahead of the curve.

For the longest time, strength training typically targeted men who wanted to put on muscle mass. Women avoided it because they were warned that if they lifted heavy weights they would get “bulky”. Instead, women were targeted with marketing terms such as, “toning” and “lengthening” their muscles. But “toning” simply means to build muscle. Hence, why your muscles look more “toned” when they grow and become more defined. To grow your muscles you need to be in a progressive overload, or in other words, add more weight or more reps gradually to your strength training routine.

Meanwhile, you’ve probably heard about “lengthening” your muscles if you’ve been to a pilates, yoga or barre class, because the exercises you’re doing are supposed to help you achieve a “long” and “lean” look. “Lengthening” your muscles is also a bit of a stretch, because you can’t anatomically change the length of your muscle tissue. Appearing “lean” has more to do with your diet and having lower body fat than type of exercise. Although pilates, barre and yoga classes are good options to increase your flexibility, they can’t give you “long” and “lean” muscles.

Spot reduction is the idea that you can burn fat off a specific part of your body — such as your stomach — by doing exercises for that region. You’ve probably heard this narrative from some fitness influencers claiming that if you do enough crunches, you’ll get six pack abs. When in reality, it’s impossible to solely target a specific area of the body to lose fat or weight. “The only way to reduce fat in any part of your body is to eat in a calorie deficit and focus on full body strength training,” explains Onyx personal trainer, Kim DiLandro.

One other thing to consider is that fat stored in your body, also known as triglycerides, is used for energy. When that fat is used for energy it’s broken down into free fatty acids and glycerol. As a result, the fat that is broken down and used for fuel can come from any part of the body. Hence, why you can’t do body specific exercises to burn fat in that area. Studies have also found that resistance training helps with fat loss, but the areas you work out during those sessions also don’t determine if you lose fat in that area. “Fat loss will look different on everyone and genetics has a huge role in determining where you carry it,” DiLandro emphasizes. 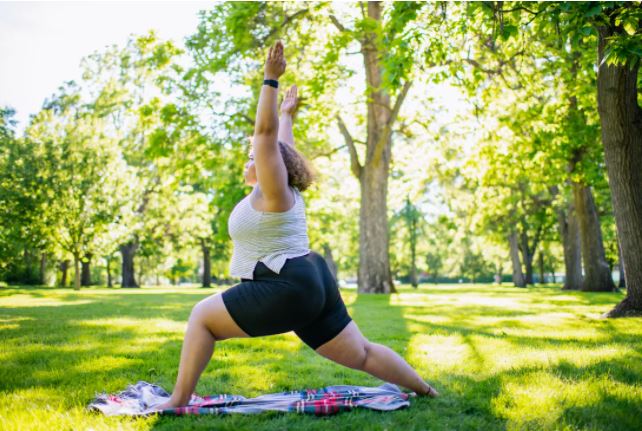 While it is good to challenge yourself occasionally, doing it too often can set you up for injury and set back your performance abilities. In fact, repeatedly going too hard can cause overtraining syndrome, which inhibits your muscles’ ability to recover properly, affects your mood, your immune system and more. Furthermore, it can affect your ability to sleep because too much exercise can overstimulate the nervous system.

A student athlete-focused study also found that by rapidly increasing training loads, athletes were more susceptible to soft-tissue injuries. This is in contrast to those athletes who gave themselves time to build up to that point and were able to protect themselves against injuries. The best approach is to slowly build yourself up to your goal, instead of doing too much at once.

Monthly challenges tend to flood us at the beginning of the new year. They’re usually in the form of a 30-day challenge that requires you to do 100 squats a day or eliminate food groups, among other examples. The problem with these challenges is that they’re just short-term fixes, and they can put your health at risk.

“Monthly food challenges like detoxes or strict diets promote an unhealthy relationship with food, and oftentimes the weight loss seen is just water weight that comes back quite quickly after,” warns DiLandro. She adds that these challenges promise that if you can just stick with one extreme for a certain amount of time, you will magically see results, which isn’t true. Depending on the challenge, it can also cause more harm than good.

For example, if you haven’t exercised in months and suddenly decide to take on a running challenge, you can put yourself at risk of injury because most of these challenges tend to be intense and lack balance. Instead the best approach would be to set realistic goals for yourself that can extend past that month. Consult with a personal trainer who can do an assessment and create a customized program that works with your fitness level and has a balanced schedule for working out and rest days.

Muscle confusion is a marketing term used to describe changing up your workout frequently in order to prevent your body from hitting a plateau. In some cases the workout changes on a weekly or bi-weekly basis, but there is no truth that switching up your workout regularly is “tricking” your body. “This banks on the fact that people are struggling with cycling through the same routines, with the same weight, with the same intensity,” she explains.

In reality, it’s the load that muscles adapt to. So, if you aren’t practicing progressive overload in your training, then your body will continue to adapt. DiLandro suggests following the same program for weeks with a focus on progressive overload. This includes increasing the weight you’re lifting, increasing the number of reps or sets, or changing up the tempo or time under tension.

Fasted cardio, or exercising on an empty stomach, has been part of the great debate when it comes to weight loss. It gained popularity when bodybuilder Bill Phillips put it on the map in his book, Body for Life. The idea behind doing fasted cardio is that you’ll burn more fat because your body is using stored fat as energy instead of glucose. 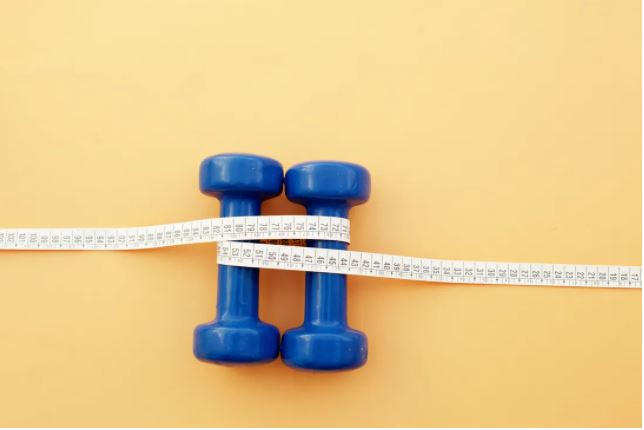 Myth #7: Exercising to burn off food

If you follow fitness accounts on social media, you’ve probably seen those infographics that tell you the workout equivalent to burning off a chocolate bar or a certain type of food. While in theory this sounds like it would make sense, the truth is you can’t out-exercise your food choices. For one, exercise accounts for about 15 to 30% of your daily energy expenditure compared to your resting metabolic rate (when you’re at rest), which uses up to 60 to 75% of energy.

Keep in mind everyone’s body varies when it comes to how they burn calories, because it depends on factors such as your weight, lean muscle mass and your activities, and studies have found that even the time of day can affect how many calories we burn. So it would be hard to even pinpoint how long you would have to work out to burn off a chocolate bar.

This mindset also puts you at risk for disordered eating and creates an unhealthy relationship with exercising, because you’ll start associating exercise with the sole purpose of burning off calories. Applying shame to food further reinforces labeling them as “good” or “bad,” which CNET has previously addressed in our list of outdated health buzzwords.

Myth #8: Muscle can turn into fat

This is one of the common misconceptions I’ve heard over and over again. The truth is muscle cannot turn into fat or vice versa. Fat and muscle are two different tissues with different cellular makeups. Muscle comes in three forms: skeletal, cardiac and smooth. While body fat (or adipose tissue) is made up of triglycerides, a glycerol backbone and three fatty acid chains.

“This myth comes from the idea that when you stop working out, your body composition may change, but the number on the scale will not,” explains DiLandro. She says what ends up happening is you lose muscle mass through muscle atrophy. To simplify this concept, think of when you diligently exercise and put on muscle. Your muscles become more pronounced because you’re burning more calories and as a result your fat cells shrink. Likewise, when you stop exercising and burn less calories, your muscle cells shrink too. This causes the illusion that your muscle has turned into fat, when in reality it’s just your fat cells expanding.

Myth #9: Being sore means you had a good workout

Most people think that being sore after a workout is the best indicator that they had a good session. Generally, we get sore when we’ve tried a new workout or pushed ourselves harder than normal. This discomfort lasts 24 to 48 hours after your workout and generally resolves on its own, but you can get a massage or foam roll to help with recovery.

DiLandro says a better way to gauge if you had a good workout is to assess if you’re able to lift more or do more reps during your next workout session. And the best part is the more you adapt to a workout, the less sore you’ll become. Studies have found this may be thanks to your immune system’s T-cell’s which help in the process of repairing your muscles.

Myth #10: Eating right after you work out

The anabolic window of opportunity refers to the short time after exercising when you should eat protein and carbs, otherwise you might miss out on muscle growth — or will you? This practice has to do with new cells, tissues and muscles developing as part of your body’s response to exercise. Strength training breaks down muscle, and as those muscles recover and repair, they’re also able to grow bigger and stronger.