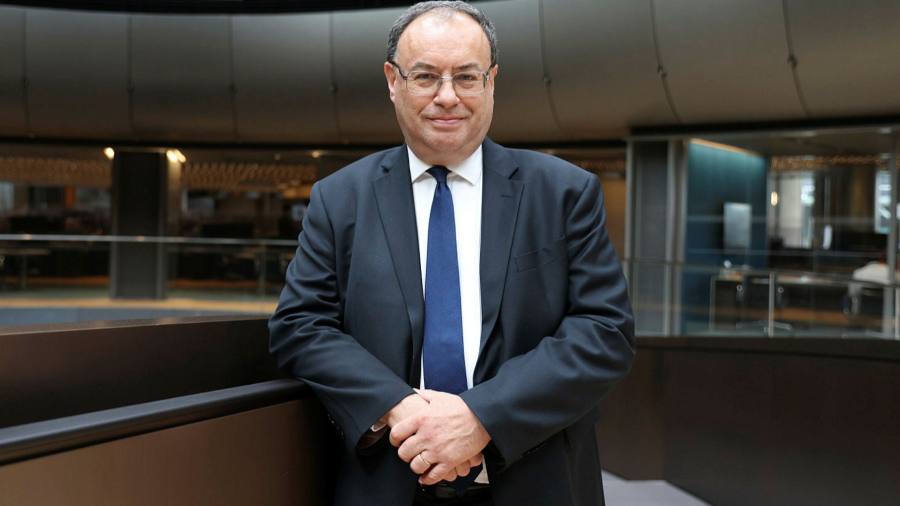 Sign up to myFT Daily Digest to be the first to know about Bank of England news.

Giving evidence to the Treasury select committee earlier this month, Andrew Bailey, the Bank of England governor, revealed that at the start of August, the Monetary Policy Committee was evenly split on an important economic issue. Half of the interest rate-setting committee thought the minimum conditions for tightening monetary policy had been met. The other half disagreed.

There was no need for Bailey to keep the precise split on the committee secret for five weeks because the MPC’s assessment was always more important. What his comments did show was that a little over a month ago, reasonable people could disagree whether there was “clear evidence that significant progress is being made in eliminating spare capacity and achieving the 2 per cent inflation target sustainably”.

No longer. After this week’s labour market and inflation data, the nine MPC members should be able to easily agree that this hurdle has been cleared. The time has come to ask whether the bank should start gently tightening monetary policy.

Vacancies are at their highest ever level, indicating strong labour demand. Payrolls are at pre-pandemic levels indicating significant progress in eliminating spare capacity even with uncertainty over whether formerly self-employed people are now classified as employees. The number of adults who are not working but say they want a job fell to its lowest level since equivalent records began almost 30 years ago.

Prices tell a similar story. The annual inflation rate jumped more in August than at any time since the BoE was granted independence. Analysts expect the rate to rise from the 3.2 per cent last month to peak at over 4 per cent in the winter and remain more than one percentage point above the bank’s 2 per cent target until at least next autumn. The BoE is far more likely to damage its credibility by overshooting rather than undershooting its inflation target.

The question for the MPC next Thursday will be what to do. If it tightens policy too early, it would undermine the coronavirus recovery and potentially deepen any scars to living standards. If it tightens too late, there would be too much inflation, which would either become ingrained into British life again or the BoE would be forced to snuff it out at a cost to living standards with aggressive interest rate rises.

Until recently, most economists agreed the first risk was more serious. It made sense for the BoE to do nothing while Bailey mitigated the risk of overshooting inflation with public comments stating the central bank was monitoring inflation “extremely carefully” and would not be found “whistling in the wind” as prices shot up.

Luckily, the BoE has the perfect tool at hand to tweak its monetary policy stance, demonstrating the importance of inflation control without any serious risk to the recovery. As Michael Saunders, one of its MPC members advised in August, it should end the latest round of quantitative easing at its meeting next week.

This is the lightest touch monetary tightening possible, capping QE at a level of around £870bn rather than continuing to the end-of-year target of £895bn. There is minimal risk of undermining the recovery, but it would show that the governor meant what he said about vigilance regarding rising inflation. It would also remove any suspicion that the BoE is in Rishi Sunak’s pocket, financing the government’s deficit while turning a blind eye to its inflation mandate.

The UK’s economic facts have changed and this requires a policy gesture by the MPC. Ending QE now would show the BoE was serious about inflation and prove that Bailey’s words are not just empty rhetoric, while still preserving the option to loosen monetary policy if the recovery proves disappointing.