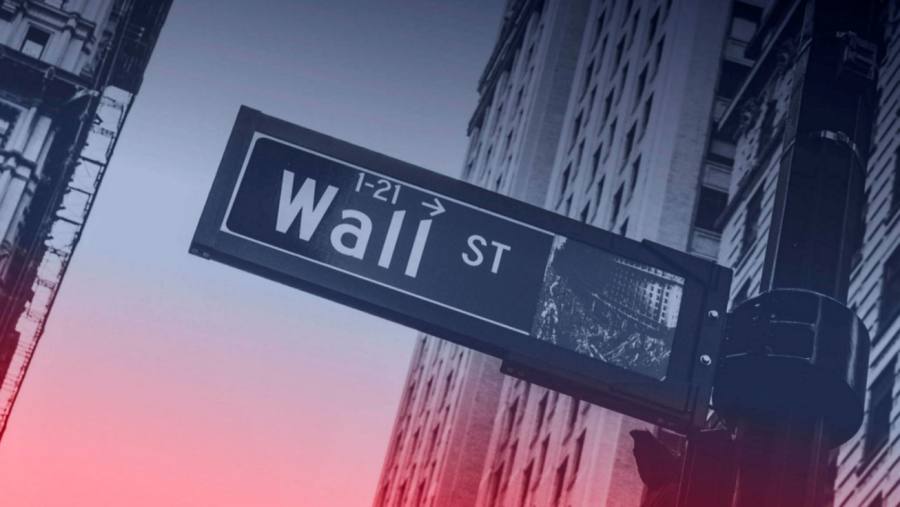 Good morning. We had a long weekend to read emails from readers about growth stocks, must of which said we were almost, but not quite, right. Some of this correspondence is recounted below. But first: yay short selling, and yay transparency in short selling!

Short selling — selling borrowed shares in the hopes of profiting from a price decline — is good. It draws attention to overextended stocks, aids price discovery, and sniffs out the odd fraud. Short selling has gotten harder since the financial crisis, and it should be encouraged where possible.

The Securities and Exchange Commission wants to make short selling more transparent. It is proposing that securities lenders regularly disclose what securities they lend and what they charge borrowers. Lenders (eg big asset managers and investment banks) are understandably annoyed. The new rule would mean more paperwork for them. But some borrowers (eg hedge funds) are annoyed too, which took us by surprise. Don’t they stand to gain? More transparency ought to mean lower borrowing costs.

The SEC is hoping extra disclosure will eliminate information asymmetries in the $1.5tn securities-lending market. As it stands, securities lenders and big broker-dealers have good insight into which shares are in demand, and therefore good insight into the short side of the market. Everyone else has to settle for data that is patchy and expensive.

The proposed SEC rule would ask securities lenders to report all their activity to Finra, finance’s self-regulatory body, within 15 minutes. Finra would then publish the granular but anonymised data with a delay. That would spell a big departure from the current reporting regime, in which not-very-granular data is published just twice a month, when it is already stale.

But the Managed Funds Association, a Washington-based lobbying group representing hedge funds, thinks the rule is “misguided”. It has two big gripes. First, the rule lumps together data about what funds pay their brokers to borrow shares (called the “retail” side of the market) with what those brokers pay big shareholders to borrow shares to lend in turn (“wholesale”). It says that retail pricing is governed by complex prime-broker relationships involving more than just securities lending, so that data is not informative and could be deceptive.

Second, the MFA thinks the rule exposes short sellers to the risk others will suss out their trading strategies. The result it fears is front-running or GameStop-style short squeezes. To make the data harder to game, the MFA would prefer only daily aggregated data on wholesale volumes and prices be disclosed, not data from both sides of the market several times an hour, as proposed.

The MFA could be right that segmenting retail from wholesale short data makes sense. But we are sceptical about the worry that more reporting would discourage short selling. As James Angel of Georgetown University explained to us:

What a lot of people don’t really appreciate is that the borrowing actually occurs on the settlement date [two days after the trade]. The short seller has to find someone willing to lend the shares [later], do the trade, then go back [at settlement] and say, hey, remember me? But at that point the trade has already been done, so there is no new information as to someone being short. Selling information already became available.

But there is a grain of plausibility [to the hedge funds’ worries]. If someone wants to put on a big position they can’t do it all at once. There are situations where it takes more than two days to put on a short position, so there could be information there.

So it seems unlikely that the broad swath of short sellers could be sniffed out by other traders looking to squeeze them. One notable short seller, Arnaud Vagner of Iceberg Research, told us this on Monday:

The problem with GameStop [was] that hedge funds should not have taken a position with so high short interest. The data were stale but short interest would have been very high anyway.

Updated market short interest data would not increase the risk of a short squeeze.

The new reporting requirements would benefit all market participants by “making it easier to gauge scepticism about a company and its propensity to be driven upward in a short squeeze, GameStop being the modern day poster child”.

Trading tactics may have to adjust, but in general having more knowledge is bound to benefit short sellers even as it benefits the market. But for some hedge funds, who in the post-GameStop era seem to prefer a bit more quietude, perhaps less public knowledge is the point. (Wu & Armstrong)

Last week we wrote about this shapeless blur:

That chart represents the 20-year correlation between the daily yield changes on 10-year inflation-indexed Treasury bonds, or Tips — a proxy for real interest rates — and daily returns on the tech- and growth-heavy Nasdaq index. There is only a tiny negative correlation! This is good to remember, we argued, because there is a lot of talk these days about how growth/tech is performing badly now because real yields are rising. The higher real rate means a higher discount rate on distant cash flows, the argument goes.

Our reasons for thinking this kind of talk is mostly bunk are not just empirical. They are theoretical as well. We don’t see why the relationship would work this way, because higher real rates affect not just discount rates, but also the cash flows they discount. As our colleague Martin Wolf summed up with characteristic briskness in an email:

The obvious determinant of real interest rates is the expected real rate of economic growth. If so, the higher the real rate, the better the economy’s growth prospects. If so, rising real rates will have no effect on the price of growth stocks, to a first approximation, since the determinants of the former will raise the expected growth rate of returns on the latter, pari passu.

Last week’s column generated a lot of comments. James Mackintosh, a colleague in days of yore and the author of the excellent Streetwise column in The Wall Street Journal, pointed out in a series of tweets that “it’s actually worse than you set out: nominal yields matter more, and [have] had a *positive* relation with growth stocks (and other stocks) from 1997 on. BUT last year switched, and maybe reverting to pre-1997 relationship?” He charted the nominal yields/Nasdaq relationship before and after 1998 in two charts, showing how the relationship flips:

He wrote in a piece for the WSJ that:

This pattern could be part of a broader shift back to how stocks used to behave before the dotcom bubble of the late 1990s, when higher bond yields were generally bad for stocks, and lower yields were good.

Back in the 1990s, and earlier, higher yields were more likely to be an indication of concern about inflation than of stronger real growth, so there was nothing good to offset the pain of higher yields for stocks, and vice versa. Since 2000, days with higher bond yields have also tended to be good days for stocks, as investors focused on the positive news of a stronger economy.

Makes sense. The situation is likely to be slightly different with real yields, which have been investors’ focus lately. But real yields and inflation are often linked, too, as investors who are afraid of inflation demand a real yield premium to compensate for that risk.

Our frequent correspondent Ian Harnett of Absolute Strategy Research makes a similar point about how the relationship shifts over time. He adds two other useful points: that you often get a clearer picture if you use price changes over longer time periods (three months rather than a day), and if instead of the Nasdaq you use the relative performance of growth/value indices. That renders a picture of a stronger negative relationship between the two:

But, again, the relationship flips in certain periods. It’s been negative (real yields up, growth stocks down) for most of the past decade, but then became robustly positive in 2017-18:

Like Mackintosh, Harnett thinks the difference could come down to investors aggregate attitude towards inflation risk:

I do believe that high ‘trend’ PE stocks should be more sensitive to changing rates (both real and nominal) than lower ‘trend’ PE stocks . . . It may well make a difference whether we are looking at real yields that are rising because economic activity is rising, or because inflation is falling.

The growth stocks/rates relationship appear to be complicated (dammit). Jason Thomas, head of global research at Carlyle, wrote to argue that to see the relationship, it helps to look at just the very longest duration growth stocks. He said:

Many Nasdaq stocks are not all that long duration, especially the megacap tech stocks that account for much of the value-weighted average. When you make ~$5bn per month in free cash flow, you might be priced as a growth stock but your effective duration is not all that high . . .

. . . when you segment stocks by this duration measure and then control for other factors (beta, GDP growth, company size, etc), the price sensitivity of stocks to interest rates is largely as one would expect.

By way of an example, he charted the price/book valuation of a group of the highest duration stocks against a super-high duration bond (the Austrian 50-year). The result:

Clearly, we have some more work to do on this topic. What remains clear, however, is that the relationship between growth stocks and real rates shifts dramatically over time, and to the degree it is not a spurious correlation, third factors, probably including inflation risk, must play a key role.

Michael Pettis on why a rising trade surplus is bad news for China’s economy.