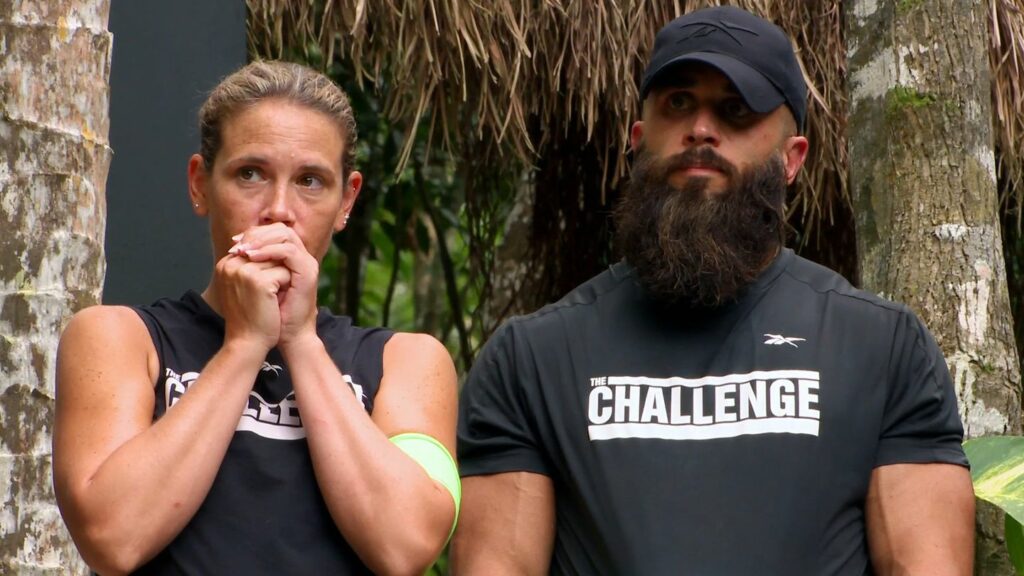 Every man for himself? Not so much when it comes to The Challenge: All Stars Season 2, which just threw a huge curveball at its remaining players. So now that the game’s been cut in half (or doubled-up, depending on how you look at it), we’ve gotta ask: Which new duo is the one to beat?

On the latest episode of the spinoff series, players received one of two things: great news or fuel for one particularly long sob session. After “Deep Dive,” which challenged competitors — in pairs — to dive 30 feet into a deep cenote before assembling a 3-D puzzle, TJ informed teams that their chosen partners would remain as such for the rest of the season.

For some, the twist was reason to celebrate. Melinda said she and Nehemiah, who were cast mates way back on The Real World: Austin, would be “the team to beat,” while Casey said of Cohutta: “I don’t think [he] gets enough credit…he’s an excellent partner.” Even Teck, occasionally wary of Ayanna, said that their 20-plus-year-bond (they both first appeared on MTV in 1998 on The Real World: Hawaii and Road Rules: Semester at Sea, respectively) would likely be a boon in the game.

And then…there was Jasmine and Tyler, an unlikely partnership forged out of necessity. Jasmine said she felt “horrible” that she struggled through the mission, in which she and Tyler ultimately placed last and found themselves automatically sentenced to a round in The Arena. “I’m frustrated, to be honest,” Tyler said. “But it’s never over until it’s over. I’m a fighter.”

It was clear by the day’s end, though, that Teams MJ/Jonna, Darrell/Janelle and Jodi/Brad were the most natural teammates, and after a commanding performance, Jodi and Brad earned victory in what had become a familiar trend in the game.

By forcing Life Shield holders Melinda’s and Teck’s hands using Casey and Steve’s handy hack, Brad and Jodi very easily threw Laterrian and Kendal — another strong team — into The Arena. The only problem: Kendal, who suffered from a joint disorder, was forced to leave the game after injuring her ribs during the “Deep Dive” plummet. And so Jasmine was spared elimination, while Laterrian and Tyler geared up for a “Pole Wrestle” for the ages. Laterrian, who walloped Ace in the very same elimination game in All Stars Season 1, extended his winning streak after a fierce fight with Tyler, earning the right to stay, the next Life Shield and Jasmine as a new partner. And while other players remained unsure Jasmine could cut the mustard, LT had no doubt she had what it took to succeed.

“I know my new partner has a ton of heart,” LT said. “There’s nobody in this house that has a bigger heart than she does.”

But will heart be enough? Or will a bigger, brawnier duo have the upper hand? What do you think — do Jodi and Brad have a clear path to the finish line? Could MJ and Jonna sneak up on them? Could Teck and Ayanna be the wild cards, or might Jasmine and Laterrian be the darkest of dark horses? Share your thoughts, then hang tight for the next episode!