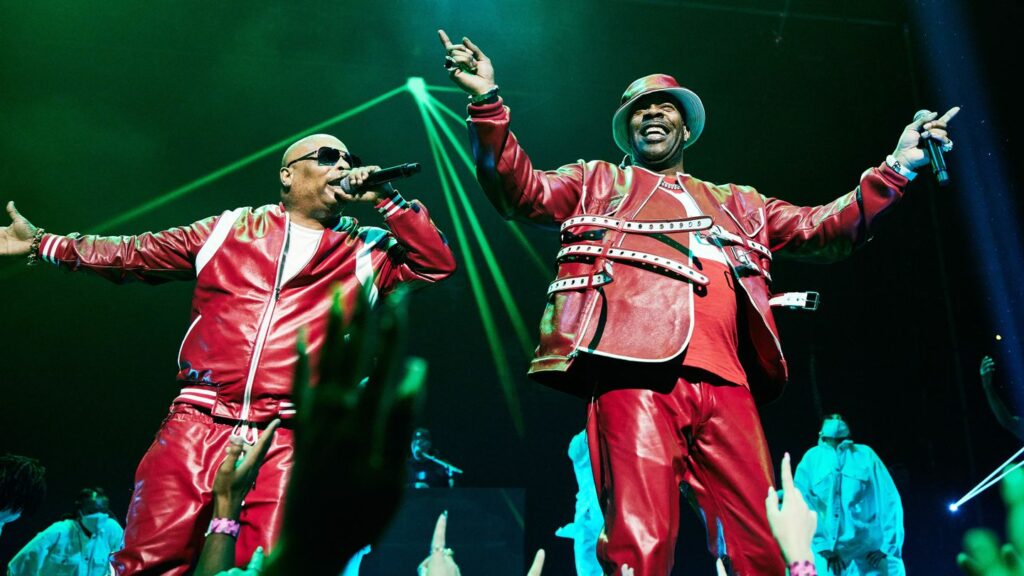 With the VMAs’ triumphant live return to Brooklyn, MTV brought out one of the borough’s best, legend himself, Busta Rhymes.

The iconic rapper — along with his hype man Spliff Star — took to the Barclays Center stage on Sunday night to perform a medley of his biggest hits, including “Put Your Hands Where My Eyes Could See,” “Look at Me Now,” and “Pass the Courvoisier,” all jams that were amplified by extremely memorable music videos. Rhymes had the audience jumping throughout his medley, before ending his fast-rap attack by telling the audience, “Brooklyn, don’t ever forget that!”

Rhymes is no stranger to the VMAs. He has been nominated for 16 Moonperson awards over the years; his first nod dates back to 1996, when for his Hype Williams-helmed visual for “Woo-Hah!! Got You All in Check” earning a nomination for Breakthrough Video.

Rhymes was just one of the many iconic New Yorkers who hit the stage at this year’s Brooklyn-based VMAs, including surprise appearances from Madonna and Jennifer Lopez, along with a special performance by Alicia Keys and a presentation from Fat Joe.