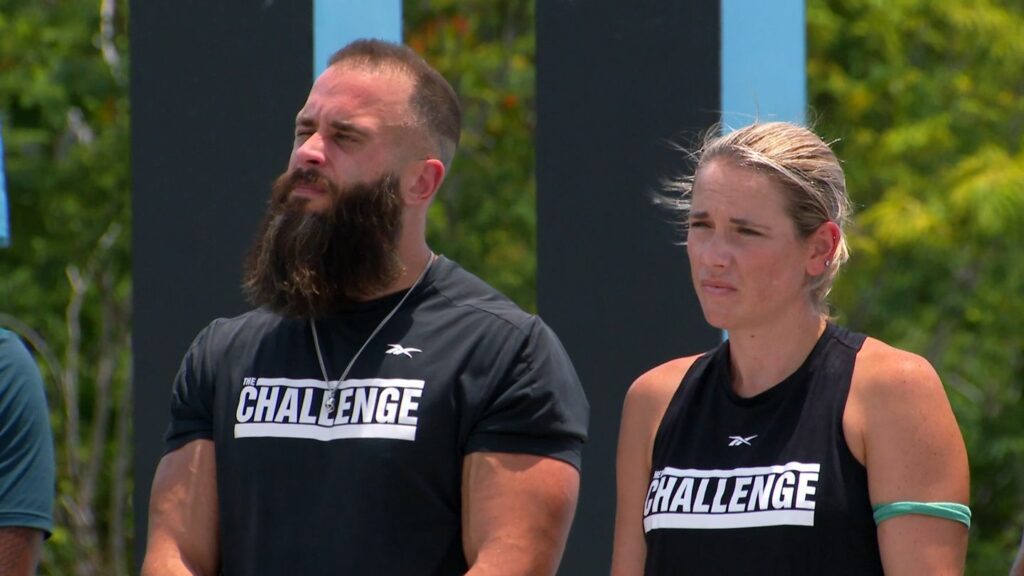 For every Cinderella Challenge story to take shape, a force of nature must fall.

Brad and Jodi, aka “Brodi,” who spent most of the game way out in first place, proved they weren’t quite untouchable after “Make the Connection,” which challenged partnerships to jump from moving truck to moving truck to collect keys, open boxes and secure a designated idol.

“Oh, how the mighty have fallen,” Jodi said ahead of “Smash House.” Unfortunately, she and Brad had even further to fall.

The final All Stars elimination round challenged partnerships to wreck rooms filled with cinder blocks, furniture and tchotchkes and slip discarded pieces through a series of small holes. Whichever team amassed the most weight in 10 minutes would win, and after an evaluation that left players biting their nails, Darrell and Janelle were declared the winners, effectively ousting the game’s most powerful duo by only two pounds.

“To come all this way and to fight so hard and to not make it to the Final — it was just all for nothing,” Jodi cried.

But Brad and Jodi certainly weren’t the first front-runners to just miss out on championship Challenge cash.

Perhaps the most memorable elimination of a finale-favorite was Landon’s at the hands of Brad on Duel II. And Darrell, a likewise stacked titan, notoriously missed out on the finale of Invasion of the Champions by an inch, as did the game’s toughest woman, Laurel, who suffered her very first elimination loss right before the game’s end.

But when it comes to multiple heartbreakers, nobody knows the routine better than CT. Jenna on Dirty Thirty, Johnny and Tony on Final Reckoning, Paula on Cutthroat: Missing out on the final as a favorite has proven to be just as much a part of the game as scorecards or prize money. But which unlikely elimination has shocked you most? Share your thoughts, then see who wins The Challenge: All Stars on Thursday only on Paramount +!