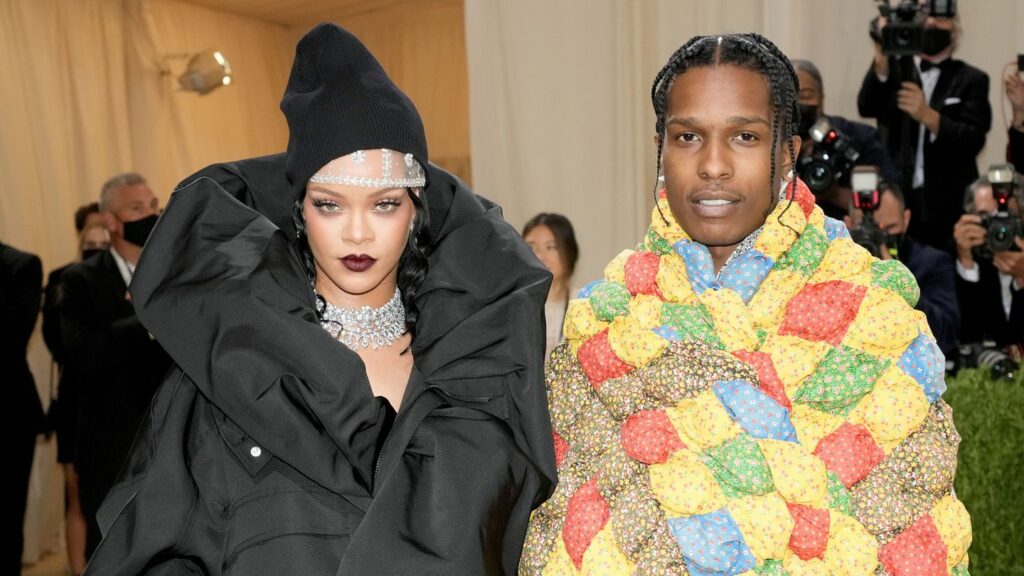 It might’ve been hard to predict that Rihanna would deliver a baby before she delivered R9, the long-awaited, much-teased possible reggae album she first hyped back in 2018. But this is the world we live in. And that world is unexpected and full of many surprises.

One of them is that yes, Rihanna is pregnant! She was spotted out in Harlem over the weekend holding hands with her partner, A$AP Rocky, as she showed off a visible bare baby bump for the cameras.

In May 2021, Rocky told GQ that Rih was “the love of my love” and called her “The One.” “She amounts to probably, like, a million of the other ones,” he said in the interview.

Notably, he also expressed a willingness for him and Rihanna to become parents: “I would have a very fly child. Very.” This may have been him manifesting things. Either way, well played and congrats to both!

“An insider” told Page Six that at a New York restaurant recently, Rihanna sipped sparkling water and had to maneuver her baby bump around the table. The pair have reportedly been together since the beginning of 2020.

At least a few Savage X Fenty fans have taken to social media to express their excitement for what this might mean in terms of Rihanna’s clothing company launching some new maternity items. “[V]ery excited for potential savage fenty maternity lingerie or nursing bras! I wanted it sooo bad when I was pregnant cause all the nursing bra’s ugly lol,” singer-songwriter Victoria Monét tweeted.

There’s no indication just yet as to when Rih might be due. But there’s at least a bit of speculation that the baby might come paired with, you guessed it, the much-anticipated R9. Pop stars have done it before!