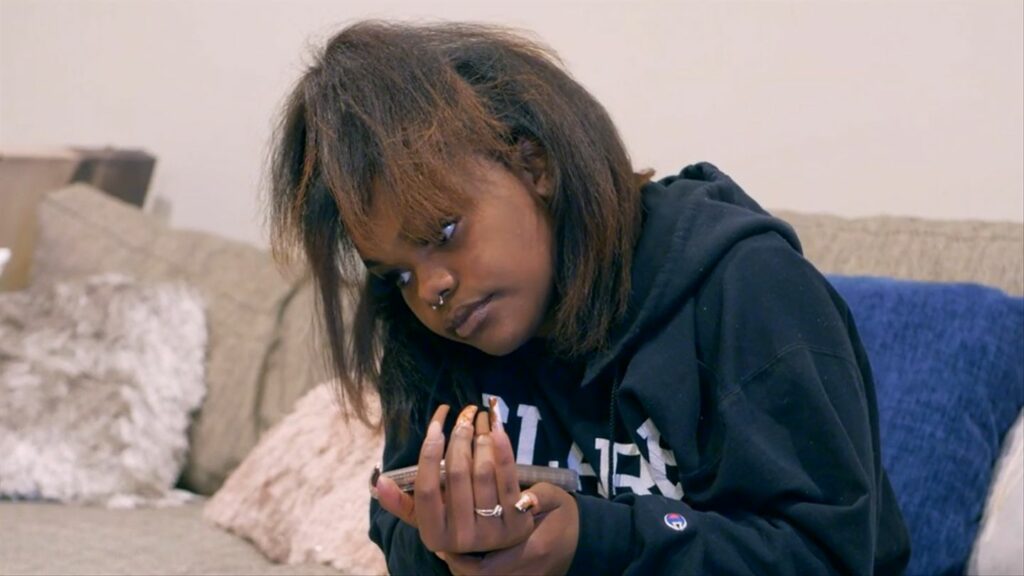 Kiaya’s relationship with her son’s father X’Zayveon and his family is “complicated.” And now, the teen mom is revealing in a Young and Pregnant sneak peek that her status with her ex and relations with his mother Carla have sadly not improved since last season.

“X’Zayveon has been locked up since before his son Amour was born,” the teenager states in the clip, below, from this week’s upcoming episode. “I’ve tried to keep him involved in his life, but co-parenting with someone in prison is hard.”

There is also tension between Kiaya and Carla: The joint effort to “move forward” after a series of fights (some of which were featured on the series) did not last.

“We got into another fight a few months ago, and I really hope her son gets out soon so I don’t have to deal with her as much when it comes to Amour,” Kiaya adds.

X’Zayveon calls Kiaya — and she promptly asks him if he has any idea when he will be out of prison. Does X’Zayveon have any good updates regarding his release? And how does Kiaya react to X’Zayveon’s prediction about his parole? Watch the video, and do not miss Teen Mom: Young and Pregnant every Tuesday at 9/8c.