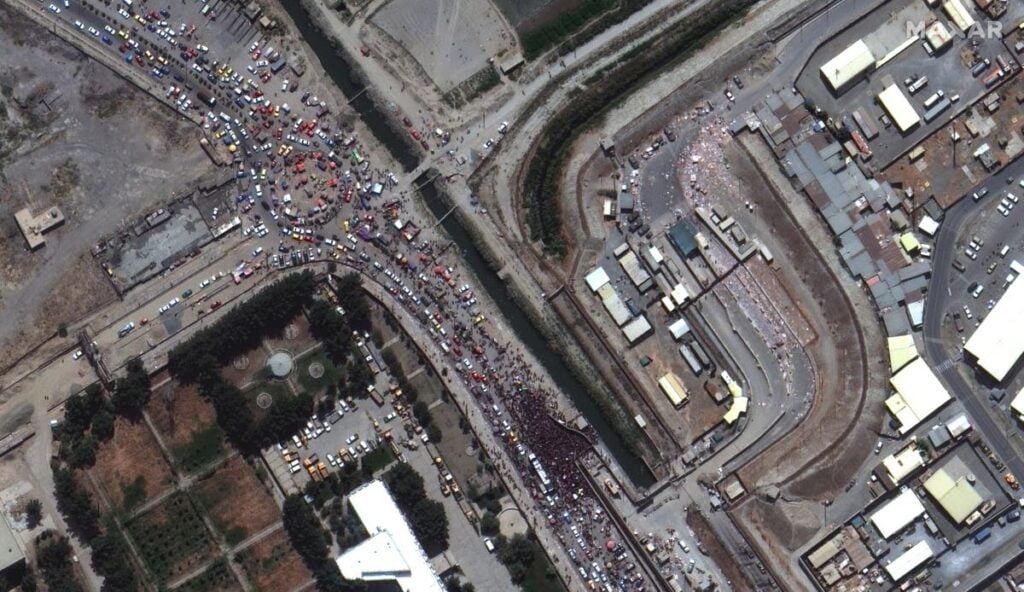 Shots fired at Kabul airport were not aimed at an Italian military plane as previously reported, according to a government source in Rome.

Earlier, an Italian defence source said that a plane carrying out evacuations had come under fire minutes after takeoff.

But the shots were fired into the air by Afghan forces to disperse crowds near the airport, the government source said, quoting intelligence reports.

The plane, which was carrying almost 100 Afghan citizens from the country, was not damaged and no injuries related to the incident have been reported.

Evacuations from Afghanistan have been ongoing since the Taliban took control of Kabul.

International powers are attempting to pull their citizens from the country before Tuesday, the date by which US President Joe Biden has confirmed troops will leave Afghanistan.

Experts say this will make future evacuations more difficult, particularly as the Taliban has forbidden Afghan citizens from leaving the country after the end of the month.

Some foreign nations have already ended their evacuation efforts. Among them are Poland, Belgium and Canada.

This article was updated to reflect new information from the Italian government source.