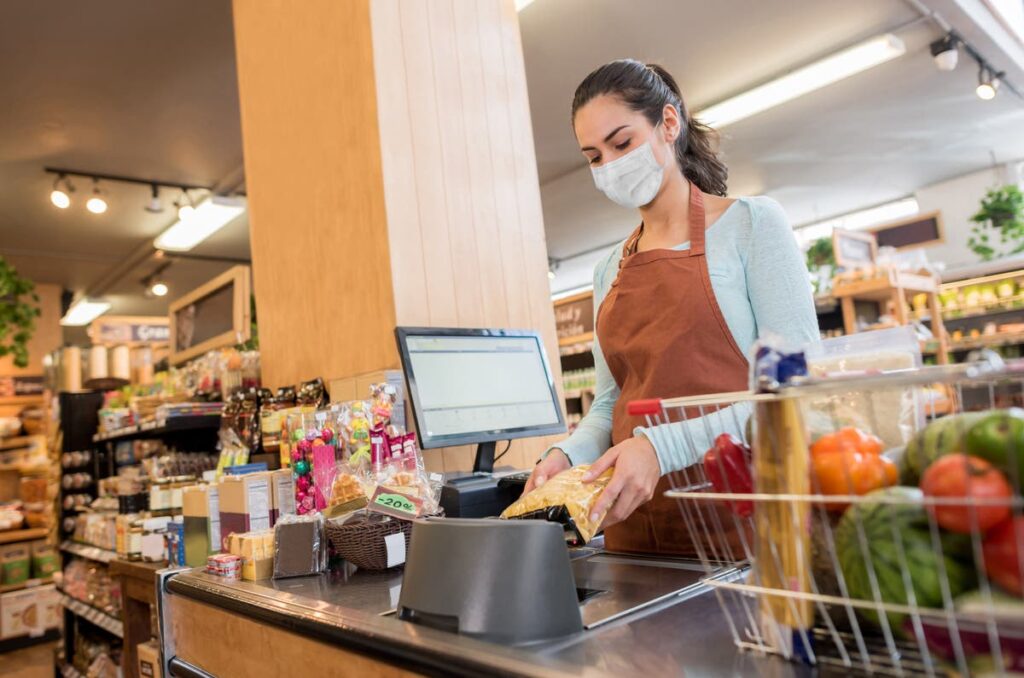 For the first time ever the average pay of restaurant and supermarket workers has topped $15 an hour.

As the US economy continues to reopen in the aftermath of Covid-19 pandemic lockdowns and furloughs, businesses have struggled to find enough workers to fill vacant positions.

In response, many employers have hiked wages, with the largest increases appearing in traditionally lowest-paying sectors such as hospitality and retail.

Data from the US Bureau of Labor Statistics also shows that now almost 80 per cent of workers earn at least $15 an hour, up from 60 percent in 2014, The Washington Post reports.

The $15 level is significant because for years workers campaigned to make at least that much. Post-pandemic it has effectively become the baseline for pay, with jobhunters not even considering positions that advertise less.

However, as the headline figure is an average, many people in the restaurant and retail sectors continue to earn less than $15 an hour.

With large firms leading the way, smaller companies are having to follow suit to attract staff.

Among those that have committed to raising wages to $15 per hour are CVS, Target, Best Buy, Costco, and Disney.

Retailer Hobby Lobby announced in September 2020 it would raise wages to $17 an hour for full-time employees.

Rising wages also look set to stay, as historically once they go up, they rarely go back down.

The post-pandemic lockdown economy is now characterised by one of the fastest periods of wage growth since the early 1980s, the Post reports.

Drilling down into the sectors, the Post reports that prior to. pandemic the average nonmanagerial restaurant worker earned $13.86 an hour. By June, that had jumped to $15.31, a more than 10 per cent increase.

Supermarket workers crossed the $15 threshold in June seeing a seven per cent increase since the start of the pandemic to $15.04 per hour.

Other jobs newly at the $15-an-hour level include workers at butchers and seafood markets, office supply stores, liquor stores, parking-lot attendants, day-care services, janitorial services, and care for the elderly or disabled.

Even sectors that have not crossed that threshold have seen huge wage growth — convenience-store workers received a 16.9 per cent raise, to an average of $13.16, and cafeteria and buffet staff got a 16.8 per cent increase to $14.08 per hour.

The White House lauded the news, claiming it is evidence that Joe Biden’s economic plan is working and that $15 per hour should be the official minimum wage.

A statement released on Monday reads: “The rapid economic recovery is increasing worker power and leading to better wages and conditions of employment for Americans. But no American should have to scrape by to make ends meet if they’re working a full-time job – that’s why President Biden will continue to push for a $15 minimum wage, so all Americans have the resources they need to keep their lights on and provide opportunity for their kids.”

Despite increases in wages, jobseekers are being much more selective about the positions they take, paying closer attention to working conditions, schedule flexibility, and benefits.

In June there were a record 10.1 million job openings posted by US employers, up from 9.5 million in May.

Workers also continue to leave jobs in record numbers as part of the so-called “great resignation” with 3.9 million quitting in June in search of better opportunities. The record for resignations was set in April when 4 million people resigned.

Hiring is growing faster than the number of new job openings at 12 per cent over six per cent, which may indicate that more people are reentering the job market.

More than 943,000 jobs were created last month bringing the unemployment rate down to 5.4 per cent from 5.9 per cent.