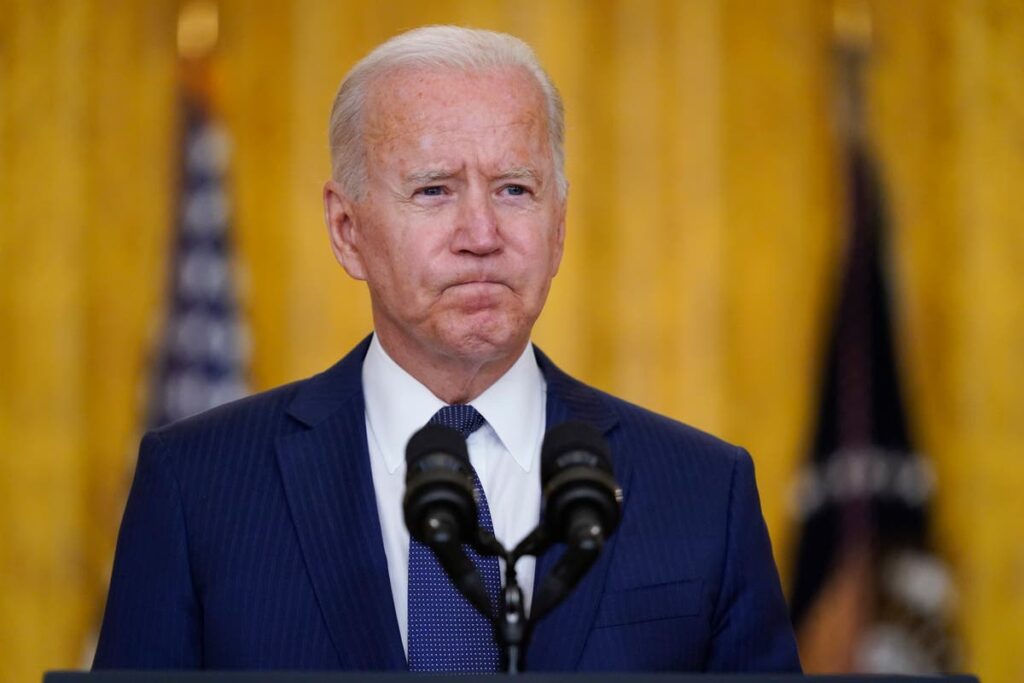 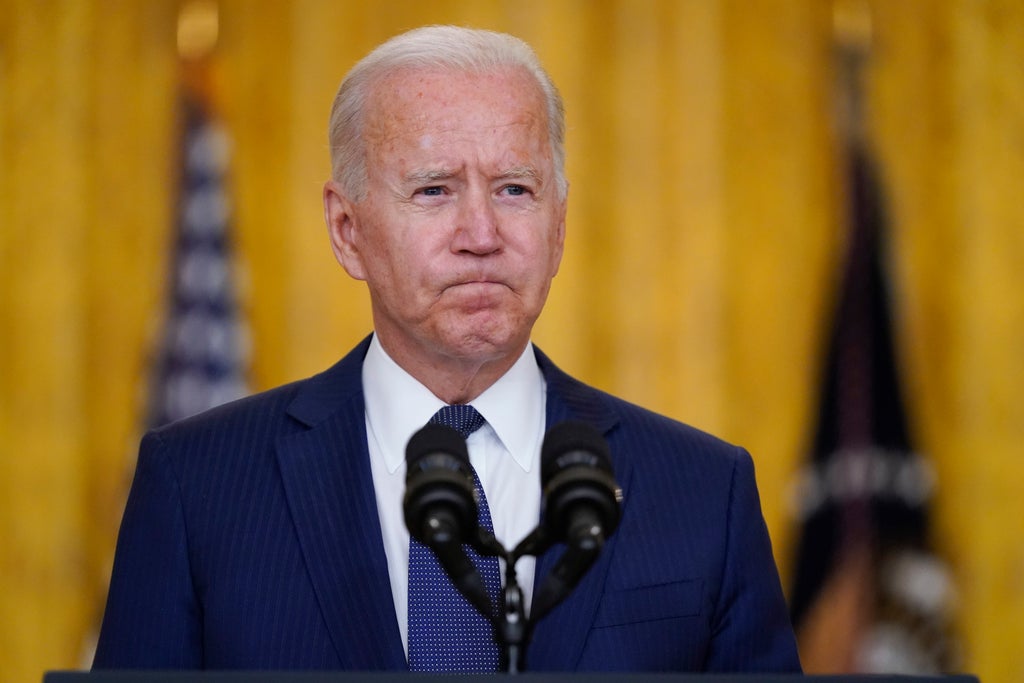 President Joe Biden promised to “hunt down” the terrorists responsible for the two suicide bombings at Kabul airport that left 13 US service members dead and 18 wounded.

More than 60 people were also killed and 140 wounded when two explosions rocked the international airport in Kabul earlier today as evacuations from the country continued.

ISIS-K, a sworn enemy of the Taliban, has taken credit for the attack, though no investigation has yet confirmed that the terrorist group is responsible.

The president warned ISIS-K that the US would exact revenge for the attack.

He said that he had asked military commanders to draw up plans to strike back at the terrorist group.

The attack comes as the United States tried to evacuate American citizens and Afghan allies ahead of the 31 August to complete a withdrawal after 20 years in the country.

Intelligence agencies had warned for days of the possibility of a deadly terrorist attack on the airport, where thousands of people are waiting to be evacuated form the country on military flights.

“The Islamic Emirate strongly condemns the bombing of civilians at Kabul airport,” a spokesperson for the Taliban said, adding that “the Islamic Emirate is paying close attention to the security and protection of its people, and evil circles will be strictly stopped.”

US military officials say the blasts have not stopped the evacuations, which will continue until the end of the month as planned.

“Despite this attack, we are continuing the mission,” General Kenneth McKenzie Jr said at a press briefing.

Nancy Pelosi asks lawmakers not to travel to Afghanistan

House Speaker Nancy Pelosi on Thursday asked members of Congress to not visit Afghanistan or any of the neighbouring countries after 60 Afghan civilians and at least 12 US service members were killed in the Kabul airport attacks.

Ms Pelosi, in a letter to the lawmakers, said the Department of Defense and the State Department have “explicitly stated” such trips would “unnecessarily divert needed resources” from evacuating Americans and Afghan allies.

She also said she and other congressional leaders were briefed by defense secretary Lloyd Austin on Thursday and that Congress “remains deeply concerned about the security and humanitarian situation.”

The head of the US Central Command, General Frank McKenzie, said “commanders were on alert for more attacks by Islamic State,” including possibly rockets or vehicle-borne bombs targeting the airport, Reuters reported.

“We’re doing everything we can to be prepared,” he said. He added that some intelligence was being shared with the Taliban and that he believed “some attacks have been thwarted by them.”

Meanwhile, US president Joe Biden on Thursday ordered the Pentagon to plan how to strike the ISIS-K, the Islamic State affiliate that claimed responsibility for Kabul attacks.

A NATO official has told Reuters that all foreign forces are now aiming to evacuate their citizens and embassy employees from Afghanistan by 30 August.

“Taliban leaders should investigate the Islamic State network in Kabul, they allowed thousands of prisoners to walk out of jails in recent weeks, security is their responsibility,” said the unidentified NATO senior official.

At least 13 US service members were killed in the Kabul airport attack on Thursday.

Meanwhile, Rep. Barry Loudermilk tweeted that “Joe Biden has lost the trust of the American people, and shown he’s not fit to serve as President & Commander-in-Chief. For the future of our nation, our freedom, and our future, it is time for him to resign.”

WATCH: Biden vows to ‘hunt down’ US enemies after suicide bombers kill US servicemen in Kabul

President Joe Biden vowed during a White House address on Thursday to exact revenge after a suicide bombing at the Kabul airport killed 13 US military personnel. Watch his comments below.

Kevin McCarthy, the House minority leader, on Thursday vowed Joe Biden will face a “reckoning” for his handling of the US exit from Afghanistan.

He, however, didn’t call for Mr Biden’s resignation or impeachment as some Republican leaders did, according to sources quoted by news channel CNN.

Mr McCarthy told Republicans he spoke with Mr Biden earlier in the day on Thursday and said the focus right now needs to be on getting Americans out of Afghanistan safely.

He mentioned that any calls for Mr Biden’s resignation would be counterproductive. He told the members on the call: “We are going to hold every single person accountable.”

Kabul attack ‘deadliest day for US military’ since August 2011

As Isis claimed responsibility for the attack, involving two explosions at the airport where crowds were thronging to try and leave the country, the US military said it would not be deterred by the assault.

The Independent’s Andrew Buncombe has the details here.

Joe Biden isn’t the only one under scrutiny for his reactions to the Afghanistan crisis.

Terrorism and intelligence media pundit Malcolm Nance has been criticised after writing on Twitter that “there have been terrorist suicide bombers killing civilians nearly DAILY in Afghanistan” for 20 years.

“This ain’t new. It’s why we are leaving” he wrote, adding the hashtag: “Deal with it.” Gustaf Kilander has the story here.

ICYMI: Why did US leave Afghanistan and how much did America spend?

How did it come to this in Afghanistan?

We’ve got all the context you need here to understand the current situation in the country, from the military resources poured into the Afghan campaign to the reasons why the US eventually decided to abandon it.

The lawmaker, who is an Afghanistan veteran, told CNN that much of the issues being faced in Kabul are down to the one-term president.

“Donald Trump set up a deal that would make Neville Chamberlain blush,” he said during an appearance on CNN.

LAPD pays tribute to US troops killed in Kabul blast

“With a heavy heart & profound grief, we recognize the sacrifice of our service members who lost their lives in Afghanistan today as well as the tremendous loss of innocent lives. The loss is tragic but the heroic efforts to evacuate fellow Americans & allies will not be forgotten,” the department tweeted.