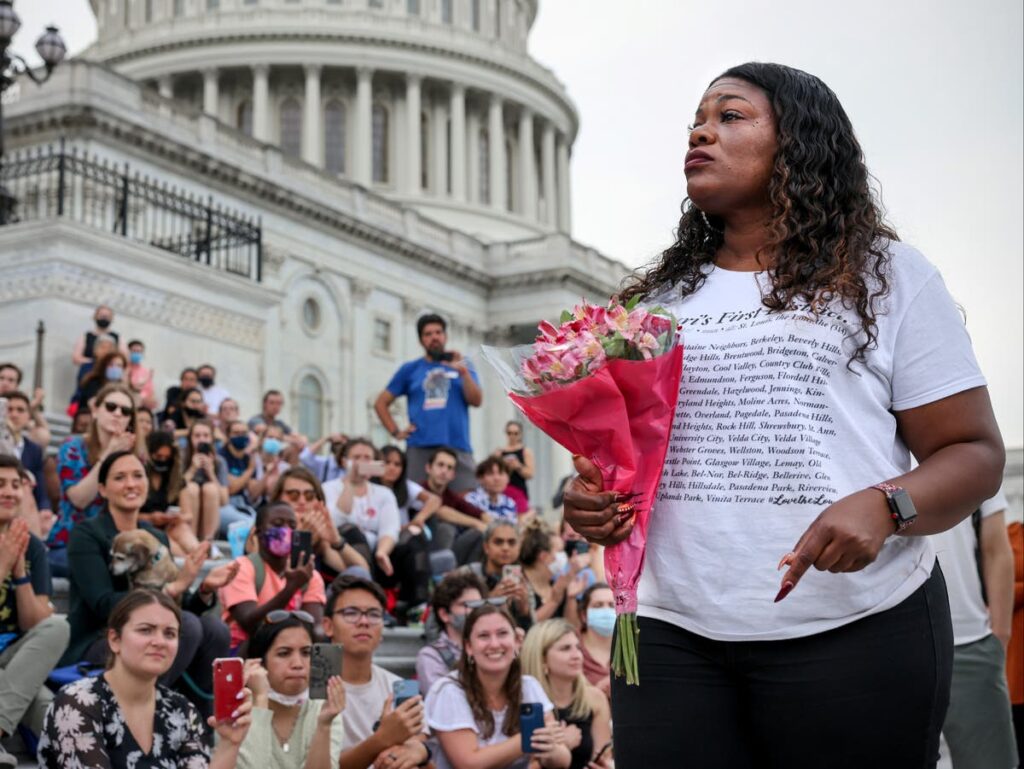 Cori Bush’s successful protest against the end of the US’s evictions moratorium has won her plaudits from across the country – and humiliated naysayers who said she would be unable to make a difference.

In particular, the editors of her hometown paper, the St Louis Post-Dispatch, are being ridiculed for predicting Ms Bush’s sleep-out protest at the US Capitol would come to nothing in an editorial entitled “Simplistic aspirations meet political reality”.

Writing that Ms Bush “clearly misunderstands the complicated process required to restore the moratorium” and that she seems to think Joe Biden, Nancy Pelosi and Chuck Schumer “can wave their wands and magically make things better”, the editorial granted that Ms Bush is better placed than most to grasp the urgency of the issue, but also characterised her as something of a misguided dreamer.

“Having been homeless and forced to live in her car with her two children,” the editors conceded, “Bush has a level of expertise on the crisis of eviction that no other member of Congress can match … but Bush should understand that demands issued by tweet tend not to yield durable solutions, especially naive ones insisting that the president defy the Supreme Court.

“While Bush deserves praise for the strength of her convictions, perhaps she would be more effective relying less on showmanship and more on persuasion to get Congress off the dime.”

Not long after the piece was published, the editors were proven misguided in spectacular fashion. Having previously called on Congress to implement a new moratorium – as the Supreme Court indeed decreed must be done for any such measure to continue – the CDC announced a new targeted evictions ban that will apply to “counties experiencing substantial and high levels of community transmission levels”.

The new ban extends to 3 October, and is likely to save millions of people from losing their homes after the Covid-19 pandemic’s economic repercussions left them unable to pay their rent.

Mr Biden described the new measure with some qualifications, saying it is “not likely to pass constitutional muster”, but that several “key scholars” thought it may, and that it is therefore “worth the effort” for the CDC to try a new ban while congressional efforts to impose one are still pending. It is also likely that the new moratorium could survive legal challenges for long enough that there is time for Congress to put a less vulnerable measure in place.

The scorn for the editors of the Post-Dispatch was immediate. “Well, the so-called “paper of record” for st louis shows its ass yet again”, wrote one user. Another called the paper out for its condescension: “Hey, @stltoday, did you write her off because she is a Black woman? Never mind. Don’t answer. Maybe more diversity on your editorial board would’ve made a difference.”

Ms Bush was clearly emotional at the conclusion of her protest, which saw her feted with flowers and cheered by a crowd that included several of her colleagues.

“I reached in my own toolbox,” she told MSNBC’s Nicole Wallace. “Someone else might have done something different, but what I know to do is to put your body on the line. And so that’s what I did.