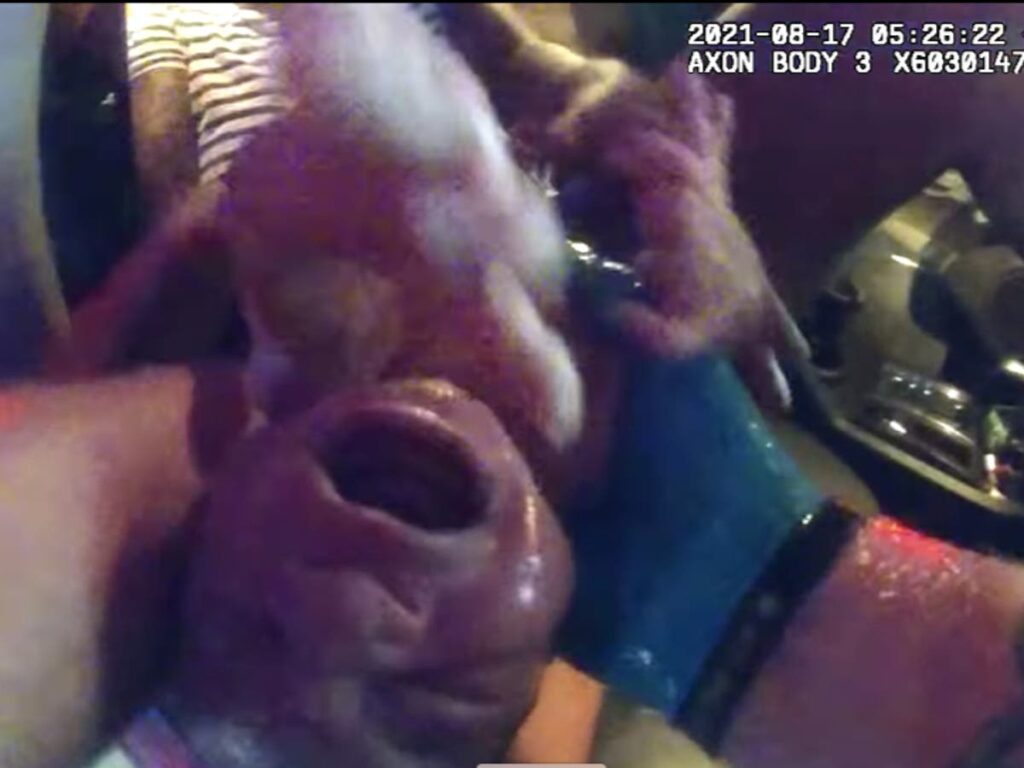 Deputies from the Hillsborough County Sheriff’s Office responded to an emergency call at around 5.30am, in which a man said his wife was in labour, and he didn’t think they were going to make it to the hospital in time.

Arriving at the 7-Eleven parking lot to find a woman about to give birth, Deputy Jordan Ream encouraged her through the final minutes.

The amazing scenes were captured on the deputy’s body camera, in which he can be heard saying: ‘Head’s coming… keep on pushing… you can do it,” before the baby finally made an appearance. “Oh look at your beautiful baby boy!” he exclaimed, handing him to his mother.

The baby’s father can later be seen in the video thanking Mr Ream profusely for his help.

“Thank you, man,” he said, shaking Mr Ream’s hand. “I really, really appreciate it. I was about to lose my mind. I’ve never – all the stuff I’ve been through in my life, I’ve never been through that.”

The mother and baby were taken to hospital and are doing well, according to the Sheriff’s Office.

“Without hesitation, Deputy Ream jumped into action to assist this mother in labor,” said Sheriff Chad Chronister in a statement on the Hillsborough County Sheriff’s Office Facebook page.

“While a car is hardly a place anyone would want to give birth in, Deputy Ream repeatedly reassured the new mom that she was in good hands. Immediately, his training kicked in and he was able to deliver the healthy baby while keeping mom safe too. I wish Mom, Dad, and their new baby boy all the happiness. Congratulations!”