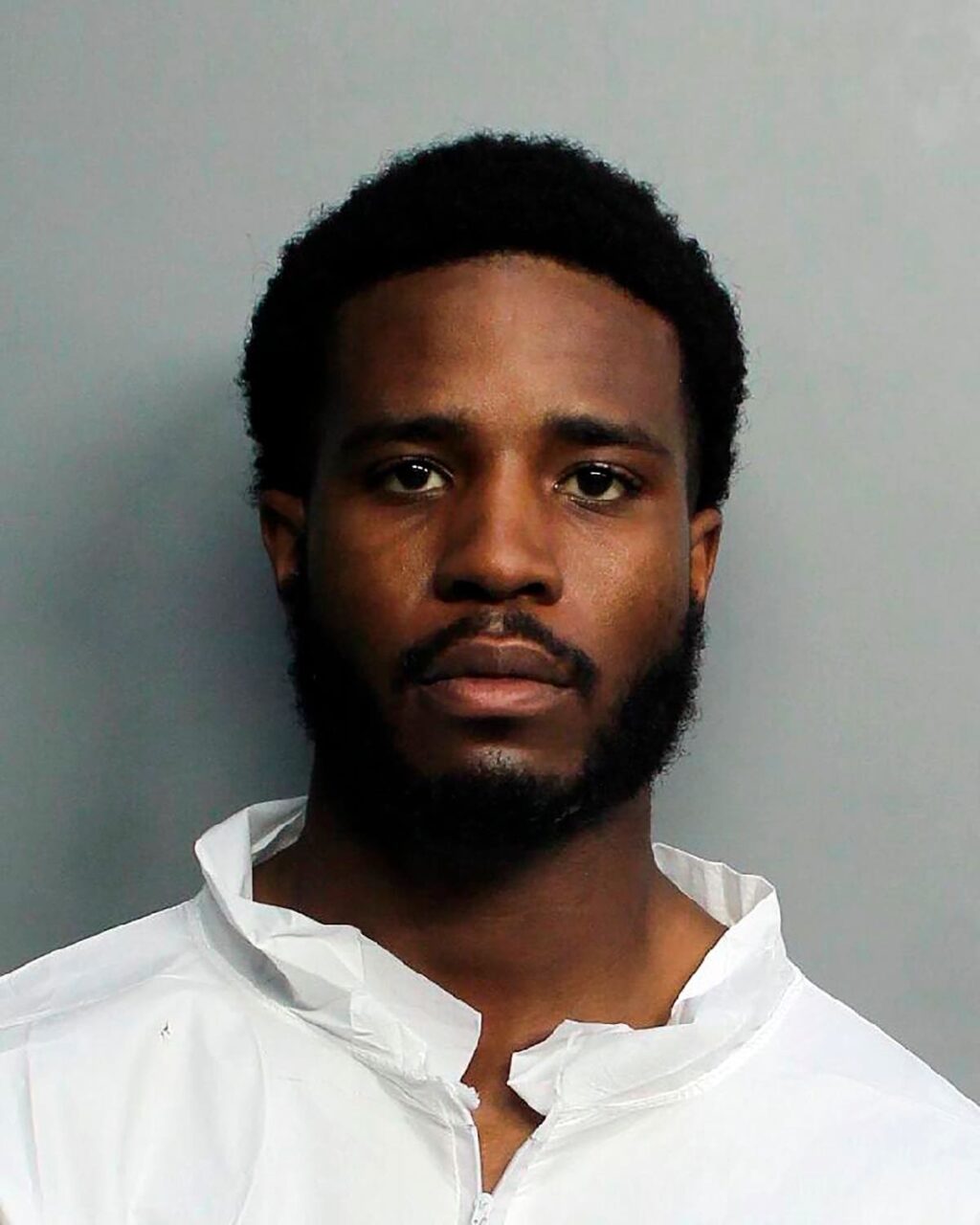 A gunman fatally shot a tourist who was eating dinner with his family at a Miami Beach restaurant in Florida on Tuesday night as he tried to protect his one-year-old son, according to police and a family member of the victim.

Dustin Wakefield, the 21-year-old victim, was allegedly shot by Tamarius Blair Davis, 22, because he was “high on mushrooms, which made him feel empowered,” according to the arrest report cited by the Associated Press (AP).

The gunman reportedly approached the patio area of the La Cerveceria restaurant at 6.30pm (local time) and picked Wakefield at random before shooting him.

The victim and his family, from Colorado’s Castle Rock, were on a vacation in Miami. The accused allegedly pointed a gun at the baby, after which Wakefield “stood up between the gunman and the baby” and got shot, Mike Wakefield, the victim’s uncle, was quoted as saying by the Miami Herald.

A short video, obtained by news channel WSVN-TV soon after the shooting, reportedly shows the gunman dancing with the gun in his hand as others in the restaurant are heard screaming.

“This guy came in with a gun, waving it, saying it’s time to die. He pointed the gun at his son and Dustin said, he’s only a boy. He shot him multiple times on the ground,” Mr Wakefield, who was not present during the incident, but heard the account from his family, said.

He said his nephew used to work in construction. “He loved his family. He loved being a dad,” he added.

The accused fled the restaurant after the shooting and was found in a nearby alley, from where he was taken into custody, police said.

Mr Davis was found by police officers lying spread eagle on his back and smiling. He curled up into a fetal position on his side before again rolling onto his back as officers approached him.

Mr Davis then reportedly started screaming, “I give, I give, I give” as the officers flipped him onto his stomach and handcuffed him, reported AP.

A black handgun was found by the police nearly 10 feet away from the man.

The accused had traveled to Miami Beach with friends, his father Tommy Davis told AP. He added that his son never had mental heath issues and no prior arrest record.

Mr Davis, who is from Norcross, Georgia, has been charged with second-degree murder.