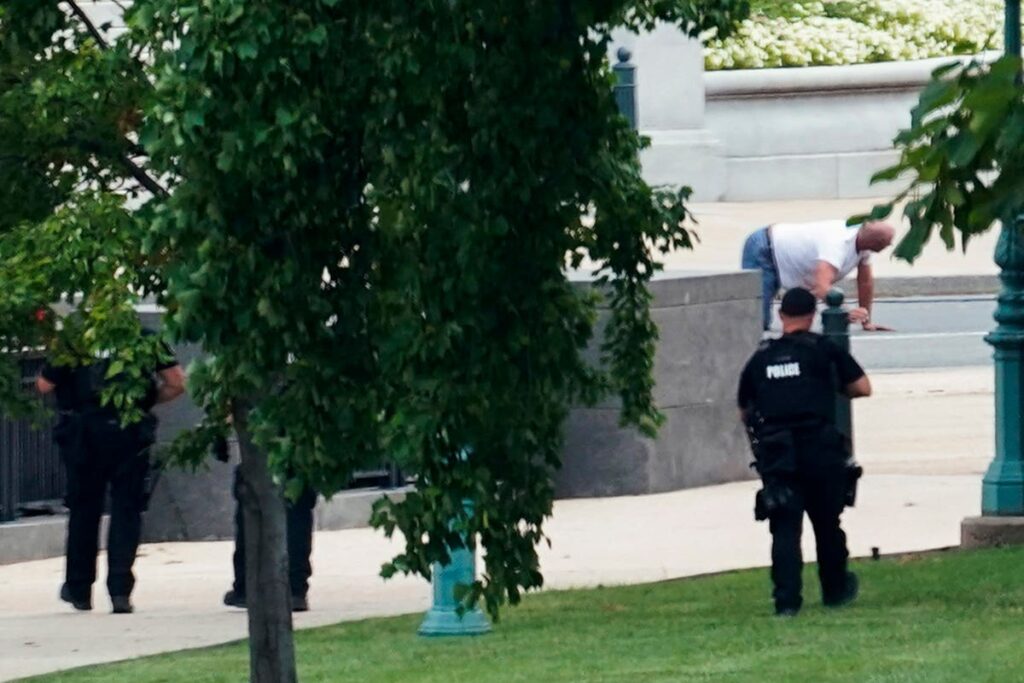 Police have identified the man accused of making a bomb threat from his pickup truck on Capitol Hill as Floyd Ray Roseberry, according to multiple reports.

Mr Roseberry is a 49-year-old man from Grover, North Carolina, according to authorities.

On a video live-streamed to Facebook which has since been taken down, Mr Roseberry made a long, rambling speech, in which he said he was a looking to start a revolution against Joe Biden and the Democrats.

He spoke of his family back in North Carolina, his hatred for President Biden, who he called out by name dozens of times, and claimed to be upset at the decision to pull US troops out of Afghanistan.

“The first thing i want is air strikes in Afghanistan. Kick that Taliban’s ass and keep them from killing people,” he said.

His wife told NBC News that her husband had left North Carolina on Wednesday night and told her he was going on a fishing trip.

“She says her husband has been upset of the result of the Presidential election and voted for the first time in his life for President Trump,” NBC News reported.

On the Facebook live-stream, Mr Roseberry said he had “lied” to his wife about going fishing.

He also indicated he had been deprived access to medication.

“They cut off my healthcare, I can’t even get shots anymore.”

Mr Roseberry spoke of wanting to see his “grandbabies” grow up with the same freedoms he had.

According to various reports, Mr Roseberry had a propane gas tank in his car. It’s not yet known if he could have detonated the device.

WCNC reported that a search of public records showed Mr Roseberry did not have a history of serious criminal offending.

It said he was charged with larceny over $200 and driving without a license and was given probation.

A Facebook account belonging to Mr Roseberry, which has since been removed, listed his interests as “animal keeping” and “fishing”.

A photograph on the account showed two assault rifles.