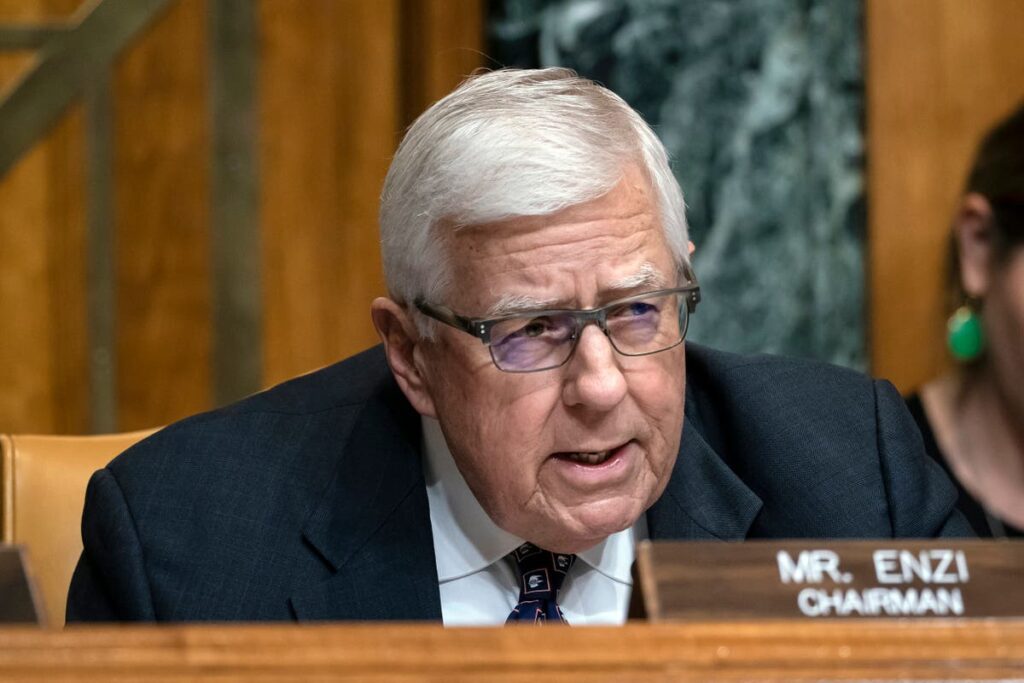 Former U.S. Sen. Mike Enzi was remembered Friday as an honorable statesman and family man who was focused on leadership, tradition and faith.

The Wyoming Republican died July 26 after he was hospitalized with a broken neck and ribs for three days following a bicycle accident near Gillette He was 77.

Friends family, constituents and colleagues gathered at a college athletic center in Gillette for Enzi’s funeral, and a line to get inside stretched out the door before the service started.

Enzi’s son recalled how his father was so dedicated to his family that he received special permission to leave the Senate between votes so he could travel to Wyoming to hold one of his newborn granddaughters, if only for a couple of hours.

“Got on a plane, flew overnight, drove from Denver to Cheyenne, got to the hospital on special permission, held (Allison) for a couple of hours, got in a car and drove back to Denver and flew back for the next vote,” Brad Enzi said. “He wasn’t going to miss family.”

“The thing I know, I know, know, know in my heart, the thing that he treasured most was family,” he said.

Addressing his mother, who was married to Mike Enzi for 52 years, the younger Enzi said, “I’ve never in my life seen a man more enamored, more proud, and more googly-eyed. … You only need to look at photos where he looks at you and not at the camera to remember his love for you.”

Enzi’s political career began at 30 when he was elected mayor of Gillette, a city at the heart of Wyoming’s then-booming coal mining industry. He was elected to the Wyoming House in 1986 and state Senate in 1991.

The former shoe salesman was first elected to the U.S. Senate in 1996 and emphasized compromise over grandstanding and confrontation to get bills passed. His “80-20 rule” called on colleagues to focus on the 80% of an issue where legislators tended to agree and discard the 20% where they didn’t.

Wyoming voters reelected Enzi by wide margins three times before he announced in 2019 that he would not seek a fifth term. He was succeeded in the Senate in 2021 by Republican Cynthia Lummis, a former congresswoman and state treasurer.

Enzi crashed his bike near his home July 23, and Gillette police say there is no indication anybody else was nearby or involved in the accident. He was stabilized before being flown to a hospital in Colorado.

Enzi is survived by his wife, Diana Buckley; two daughters, a son and several grandchildren.