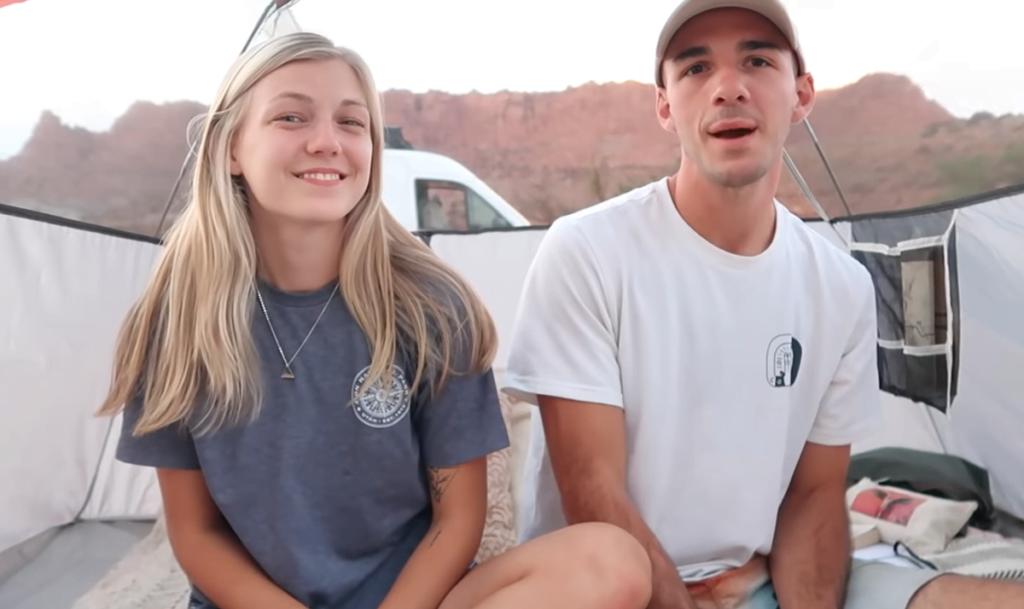 A New York woman who was traveling across the United States with her fiancé is said to be missing after he returned home without her.

Gabby Petito, 22, was last seen on August 24 when she checked out of a Salt Lake City hotel with her fiancé, Brian Laundrie. She was reported missing by her family on the evening of September 11, said police.

Ms Petito and Mr Laundrie had been documenting their travel experiences as ‘van-lifers’ across the US on a YouTube channel called ‘Nomadic Statik.’

Here is everything we know about the case:

In a press release, Suffolk County Police Department said: “According to family, they were last in contact with her during the last week of August. Prior to the last communication, Petito is believed to have been in Grand Teton National Park in Wyoming,” adding that anyone with information about her whereabouts should come forward.

Ms Petito’s mother Nicole Schmidt told Fox News the pair were heading for Yellowstone National Park next, but Ms Petito did not arrive. Mr Laundrie returned to his Florida home without her, in the couple’s 2012 Ford Transit van which police said they have since recovered.

Ms Schmidt said she last spoke to her daughter on the phone on August 25, and received texts from her a few days later, although she couldn’t be sure it was actually Ms Petito that had sent them.

“I can’t say much, but she’s no longer with the van,” Ms Schmidt said. “I don’t want to say anything more than that but for people looking for her, I want them to look for her now, not look for that van anymore.”

Ms Petito’s family are leading the search for her.

Her father Joseph told Newsday that the family were suffering greatly since her disappearance: “It’s like] drowning with your hands tied behind you,’ he said. “You can’t describe it. There’s nothing you can do. You can’t control anything.”

Ms Petito is described as a white female, approximately 5 feet 5 inches tall and 110 pounds. She has blonde hair and blue eyes, and several tattoos, including one on her finger and one on her forearm that reads “let it be.”

Ms Schmidt’s husband and son have posted two missing persons posters on their Instagram accounts as well as a picture of Ms Petito, to help in the search for her. Both said they were unable to “comment any further because there is an active investigation.”

‘”Downsizing our life to fit into this itty bitty van was the best decision we’ve ever made,” Mr Laundrie wrote on Instagram that month. “Sacrificing space to wake up in nature everyday has been no sacrifice at all.”