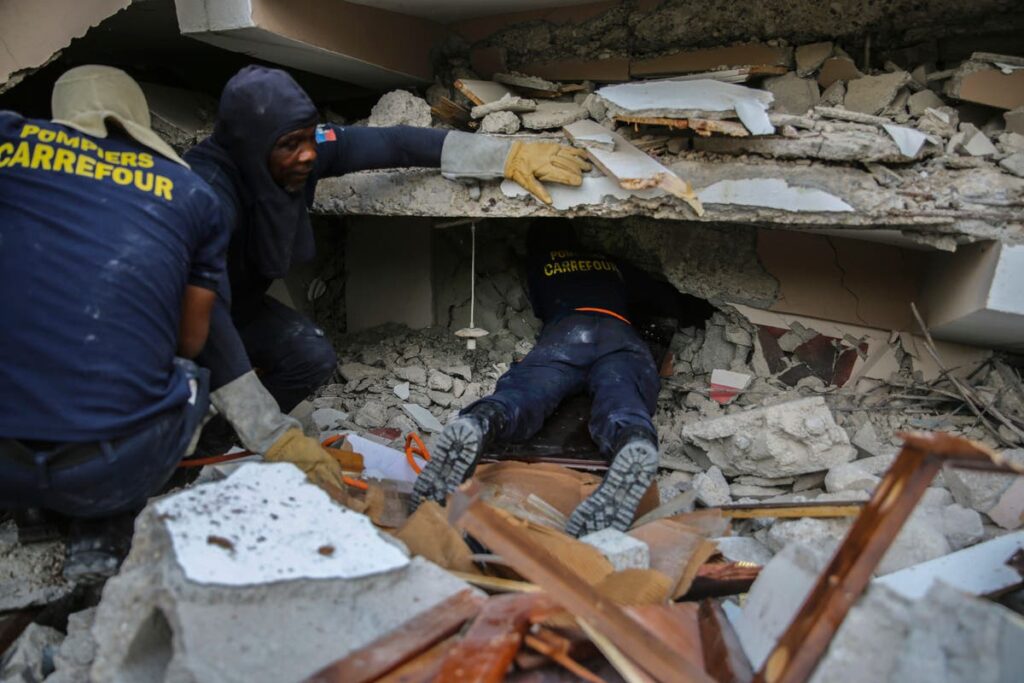 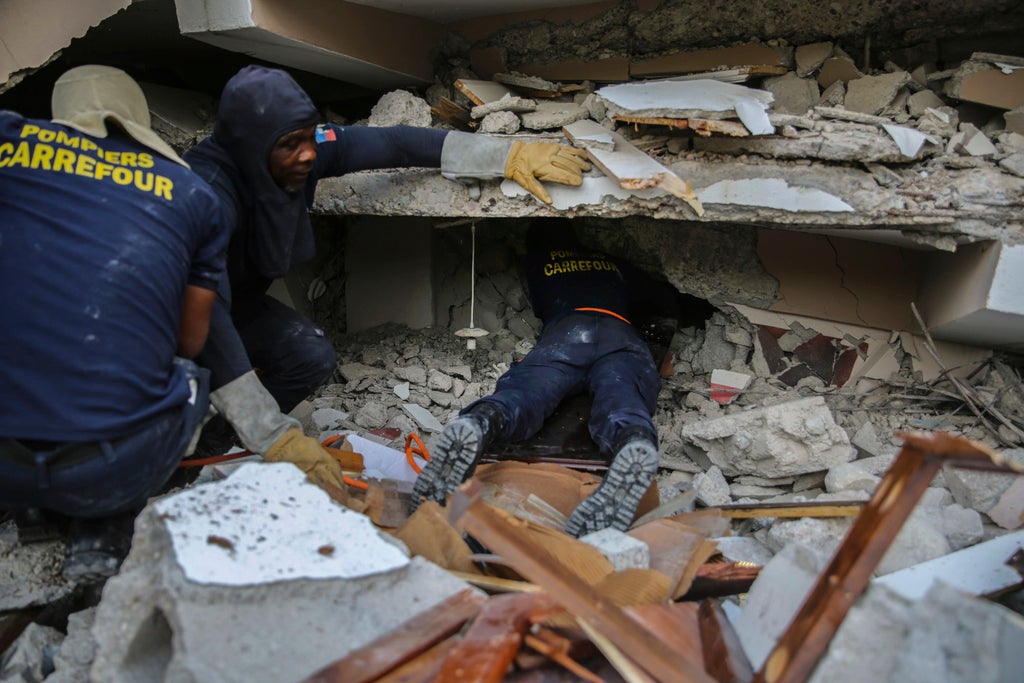 A total of 724 people have died in Haiti after a 7.2 magnitude earthquake hit on Saturday.

The updated death toll had risen sharply on Sunday afternoon, as it had been previously estimated that about 300 people had died with hundreds having been reported as missing.

More than 1,800 people have been injured, according to the most recent estimate.

Prime Minister Ariel Henry declared a state of emergency and will mobilise government resources to help victims in the affected areas, the AP news agency reported.

The extensive damage to more than 1,000 buildings – including homes, churches and schools – is being assessed. The south-west of Haiti appears to have had the worst damage, particularly around the city of Les Cayes.

The epicentre of the earthquake was about 7.5 mile from the town of Saint-Louis du Sud, the US Geological Survey said.

The damage and devastation came while Haiti is bracing itself for Tropical Storm Grace, which is projected to hit the island between Monday and Tuesday, and the strong winds and rain are expected to hamper rescue efforts.

US President Joe Biden said he had authorised an “immediate US response”, including the deployment of a search and rescue team, through USAID.

Neighbouring country Dominican Republic has offered to send food and medical equipment, and Cuba is reportedly deploying more than 250 of its doctors.

The quake comes over a decade after a disastrous 7.0-magnitude shock in 2010 that struck closer to the country’s capital of Port-au-Prince, killing an estimated 220,000 people and causing extensive damage to Haiti’s infrastructure and economy.

Haiti has a population of about 11 million people, of which about 59 per cent live below the poverty line.

The earthquake and impending tropical storm come while Haiti was still reeling from the assassination of its president Jovenel Moïse and the political turmoil it caused. First Lady Martine Moïse was also shot, but has survived.

A spokesperson from charity ActionAid has said that Haitian people are struggling with multiple crises, including rising levels of hunger, political instability, and gang violence.