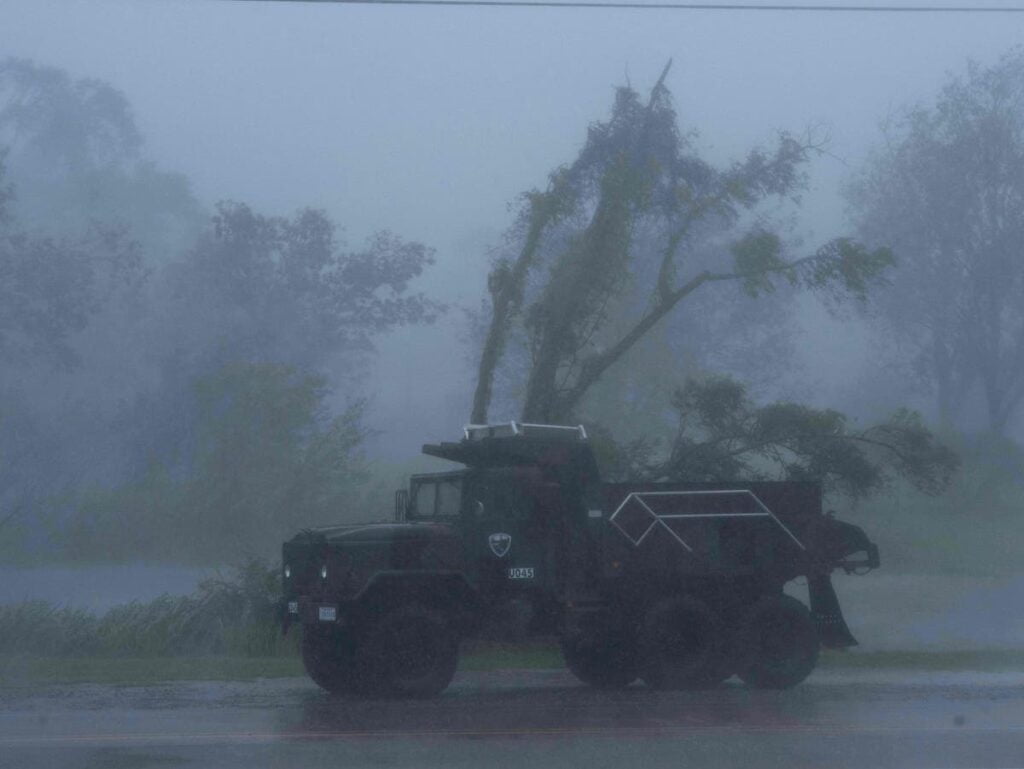 Hurricane Ida, which hit Louisiana with Category 4 winds, not only left around 673,000 residents of Orleans Parish without power but also caused the Mississippi river to reverse course on Sunday.

“As soon the storm passes, we’re going to put the country’s full might behind the rescue and recovery,” said president Joe Biden after a briefing at the Federal Emergency Management Agency headquarters in Washington.

The hurricane, which hit the region exactly 16 years after the deadly Katrina, left Orleans Parish without power after it caused “catastrophic” transmission damage, said the energy company Entergy New Orleans. The power outage took place shortly after 7pm on Sunday.

The storm’s torrential rain, powerful winds and surge waters tested $14.5bn system of gates, flood walls and levees that were built shortly after the devastation caused by Hurricane Katrina in 2005.

Ida slammed the shores near Port Fourchon, Louisiana around noon blasting the coast with wind force of 50 miles per hour.

While those living in the coastal areas ordered to evacuate days in advance, there were many who were riding out storm in their home in New Orleans.

“I almost found myself in a panic attack when news announced this was the anniversary of Katrina,” Janet Rucker, a New Orleans resident who took shelter in a hotel told Reuters. “This is just not good for our nerves and our psyche.”

Ida has also forced the suspension of emergency medical services in the region which is reeling from the fourth wave of coronavirus.

Evacuation was not an option for almost 2,450 Covid-19 patients who were hospitalised across the state, reported Reuters.

In fact, medical workers were forced to manually assist the patients with breathing, following the power outage at the Thibodaux Regional Health System hospital in Lafourche Parish located in the southwest of New Orleans.

Fareen Clark, a professor at Nicholls State University who studied Katrina’s impact and was riding out the storm found Ida “triggering”.

“I can hear the howl of the storm getting stronger,” he told the news wire agency on phone. “Having done research on Katrina, it is a little bit triggering.”

Michael Lewis, 45, another restaurant owner in Houma, located about 58 miles southwest from New Orleans, told Reuters that he could see shingles blown off his roof and a downed fence through his home but could not share the full extent of damage as it was “way too dangerous to go outside”.

(Additional reporting from the wires)