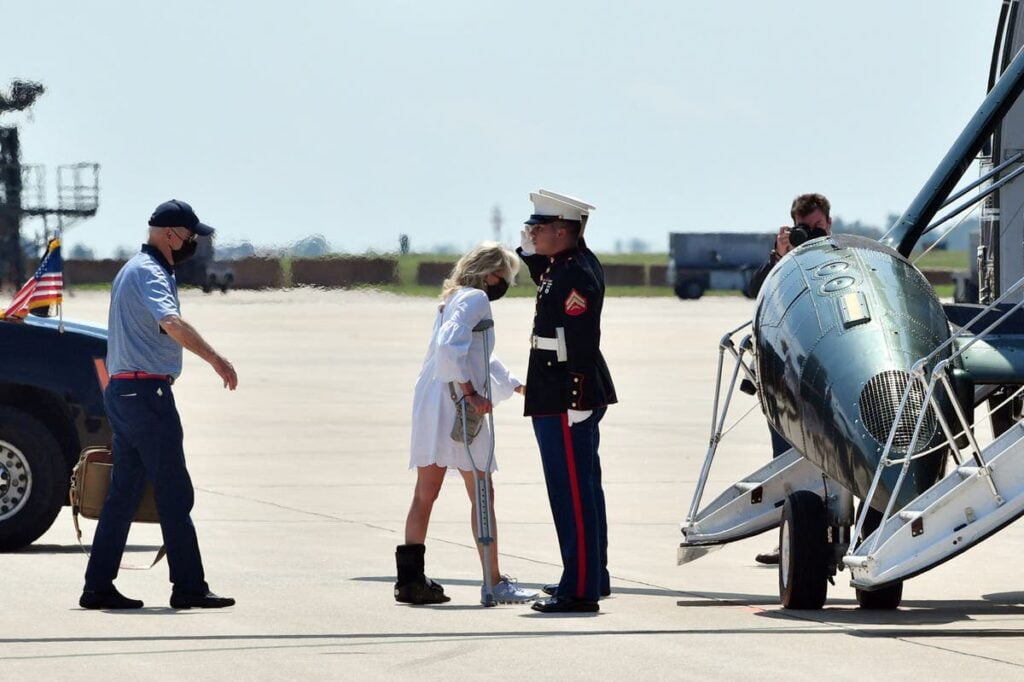 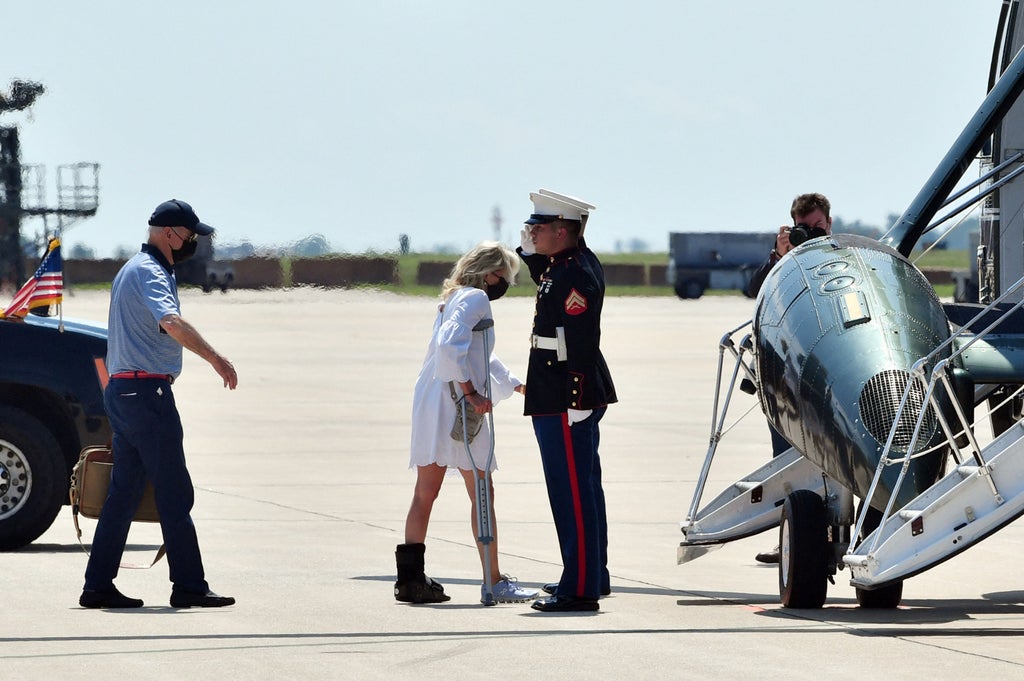 Jill Biden has been photographed in a walking boot and on crutches after a procedure to address her Hawaii foot injury.

The first lady was treated last month after getting an object lodged in her foot as she walked along a beach.

She was in Hawaii to visit a pop-up coronavirus vaccination clinic at a high school in Waipahu and to attend a barbecue with 75 service members at Joint Base Pearl Harbor-Hickam.

The stop came on the way back from her five-day trip to the Tokyo Olympics, where she attended the opening ceremony and cheered on Team USA athletes.

The incident took place as she walked by the ocean near Honolulu on the island of Oahu.

She underwent the procedure to “flush out debris from a puncture wound” at Walter Reed National Military Medical Center when she returned to Washington DC.

Ms Biden, 70, was seen using the walking boot and crutch on Friday as she boarded board Marine One at Delaware Air National Guard in New Castle, Delaware.

The first lady, wearing a white dress and a face mask, was accompanied by the president as they travelled to Camp David in Maryland for the weekend.

At the time of the procedure, Ms Biden’s press secretary, Michael LaRosa, said: “FLOTUS underwent a successful procedure on her left foot to flush out debris from a puncture wound.

“After inspection of the wound by medical staff, it is unclear what object caused the puncture.

“The wound is now clean, free of infection and it is anticipated that it will heal nicely.”

Doctors were still unable to identify what had caused the injury, even after the procedure.

In April the president accompanied her to an outpatient facility in Washington DC, where she underwent what the White House called at the time “a common medical procedure”.