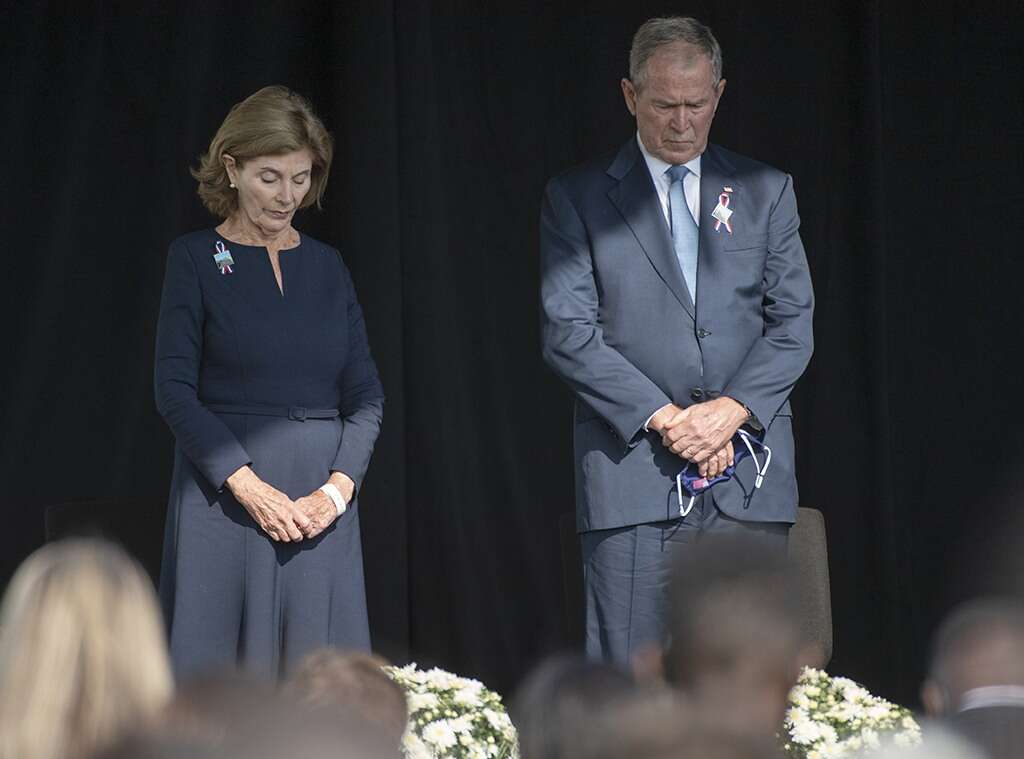 President Joe Biden and First Lady Jill Biden were joined by former presidents Barack Obama and Bill Clinton and their wives Michelle Obama and Hillary Clinton as they honored the victims of the 9/11 attacks on the tragedy’s 20th anniversary.

The three couples, who last saw each other at Biden’s inauguration in January, attended the annual national Commemoration Ceremony on Saturday, Sept. 11, at the 9/11 Memorial and Museum at the site of the World Trade Center, whose iconic twin towers collapsed after planes, hijacked by al-Qaeda terrorists, slammed into them, killing more than 2,600 out of the almost 3,000 people who died that day.

The Bidens laid a wreath at the memorial. They, along with the Obamas and Clintons, were joined by several politicians and other public figures at the ceremony and stood solemnly with their hands over their hearts as the National Anthem was played. The participants also stood for six moments of silence, each marking when the towers were struck and fell, when the Pentagon was attacked and the crash of Flight 93, a fourth hijacked plane, in Shanksville, Penn.

September 11 Memories
PHOTOS
Americans Remember 9/11 20 Years Later
“Twenty years ago, nearly 3,000 lives were cut short by an unspeakable act of cowardice and hatred on 9/11,” Biden wrote on Instagram. “As a nation, we must never forget those we lost during one of the darkest moments in our history and the enduring pain of their families and loved ones.”

George W. Bush, Laura Bush
Noah Riffe/Anadolu Agency via Getty Images
The Bidens also visited the latter two 9/11 attack sites on Saturday. Former President George W. Bush, who was in power when the tragedies occurred, and wife Laura Bush headed to Shanksville, where they prayed and he gave a speech at the Flight 93 National Memorial. 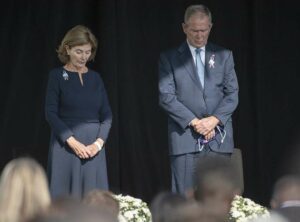 “Twenty years ago, we all found in different ways, in different places, but all at the same moment, that our lives would be changed forever,” Bush said. “The world was loud with carnage and sirens and then quiet with missing voices that would never be heard again. These lives remain precious to our country and infinitely precious to many of you. Today, we remember your loss, we share your sorrow and we honor the men and women you have loved so long and so well.”