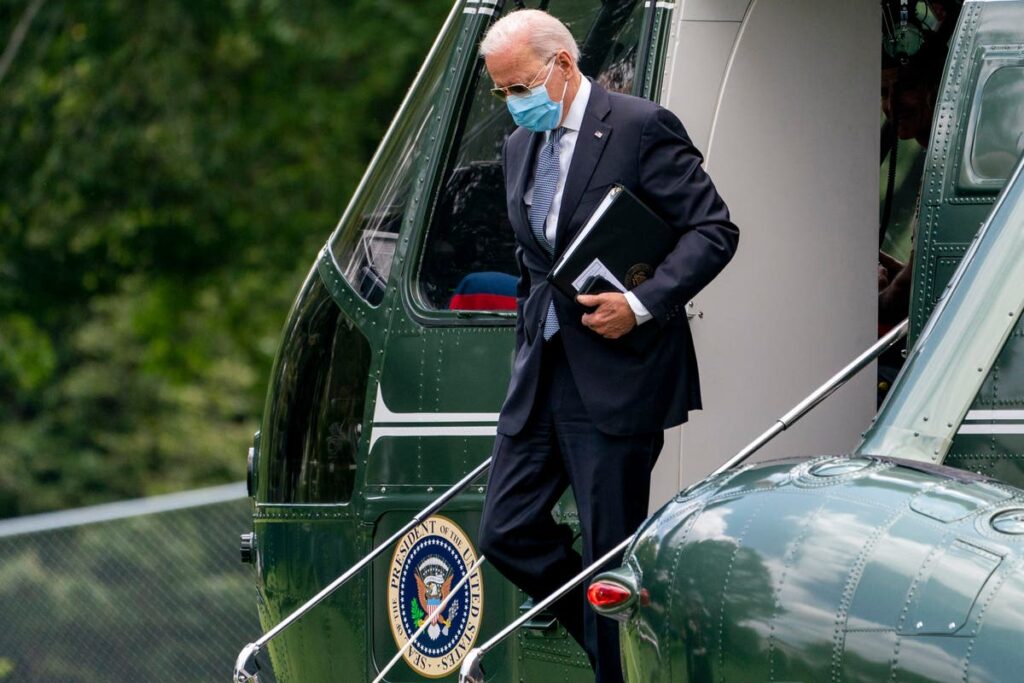 Mr Biden left the White House Sunday morning and arrived in Dover, in Deleware, shortly before 9:00 a.m. local time. The dignified transfer, in which the flag-draped “transfer cases” are removed from the plane and transferred to an awaiting vehicle, took place around noon.

A photo released by The New York Times showed the pair watching the event alongside Defence Secretary Lloyd Austin, as well as other members of the military and top brass.

The White House has avoided referring to the event as a “ceremony”, a White House official told pool reporters, to avoid putting pressure on family members to attend the gathering, which is instead reportedly being referred to as a “solemn movement”.

The event on Sunday took place as reports of a second US retaliatory strike against Isis-k militants in Afghanistan broke across social media, with US officials telling Reuters that individuals aligned with the terrorist group were targeted in Kabul, resulting in an explosion heard around the city.

The US previously targeted an ISIS-k “planner” and one other individual with the group in an attack on Friday that the Pentagon said resulted in no civilian casualties to the US’s immediate knowledge. The Biden administration vowed swift justice for the killed US service members, 12 Marines and one Navy medic, after they were killed in an apparent suicide bombing outside of Hamid Karzai International Airport’s Abbey Gate.

Evacuations at the airport are continuing ahead of the 31 August deadline, which is just 48 hours away. The Biden administration has resisted calls thus far to extend the deadline past that date.

US commanders warned Mr Biden that an attack on the airport is “likely” as the last US evacuations continue, according to news reports over the weekend.

“The next few days of this mission will be the most dangerous period to date,” the White House said on Saturday in a statement.