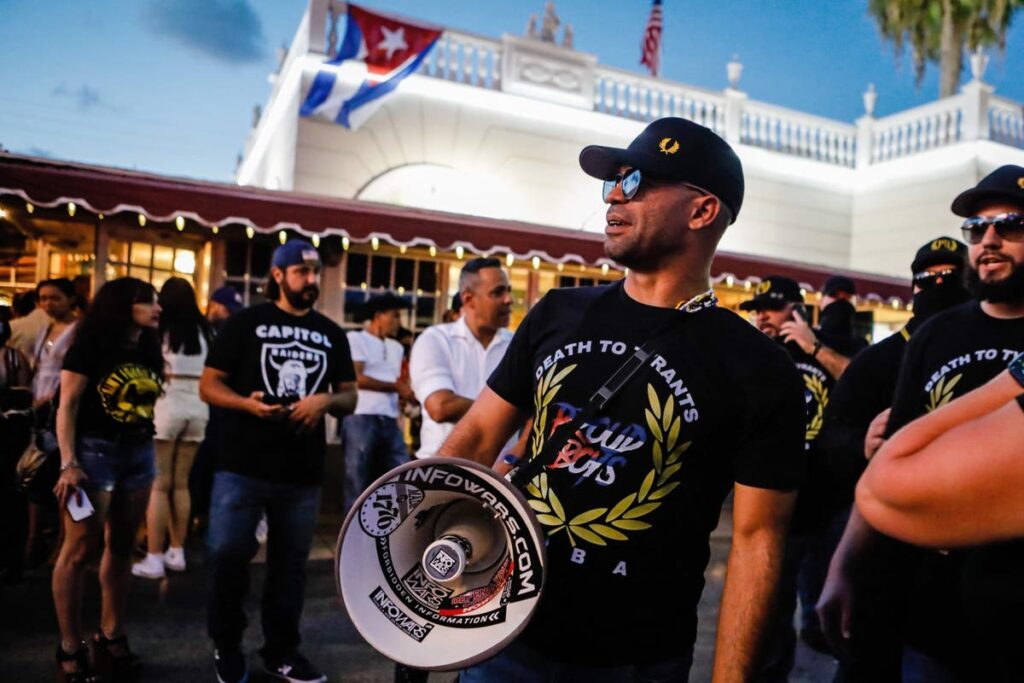 Federal prosecutors are recommending the leader of a far-right nationalist gang labelled a hate group by the Southern Poverty Law Center should spend three months in prison for burning a Black Lives Matter banner outside a Washington DC church and carrying high-capacity magazines into the city days before the Capitol riot.

In July, Proud Boys leader Enrique Tarrio pleaded guilty to one count of destruction of property and another charge stemming from possessing two illegal magazines, both bearing the group’s gold insignia.

The city’s Metropolitan Police Department issued an arrest warrant for Mr Tarrio after he admitted to burning a Black Lives Matter flag outside Asbury United Methodist Church in December during a violent pro-Donald Trump rally in the streets.

He was arrested upon entering the capital from Miami on 4 January, just two days before the riots in the halls of Congress. He was carrying two magazines, compatible with AR-16 and M4 rifles, in his bookbag. Both were empty.

Prosecutors told a judge on 20 August that Tarrio should also be ordered to stay away from the nation’s capital during his probation, which could extend through 2023.

He will be sentenced on 23 August in Washington DC Superior Court.

Tarrio admitted in comments on Parler and on a Proud Boys-affiliated podcast that he was responsible for burning a church’s sign.

“In the burning of the BLM sign, I was the one that lit it on fire,” he said on the War Boys podcast that month. “I was the person that went ahead and put the lighter to it and engulfed it in flames, and I am damn proud that I did.”

He told NPR earlier this year that he intends to step down from the organisation in September.

Over the last several years, the Proud Boys have staged scenes of political violence, galvanised by the former president after he invoked their name from the 2020 debate stage.

Dozens of people with alleged ties to the group are among the hundreds of people who were arrested or under investigation in the wake of the Capitol insurrection, with several men charged with conspiring to attack the halls of Congress, fuelled by Mr Trump’s “stolen election” narrative to forcibly overturn the results of the 2020 election