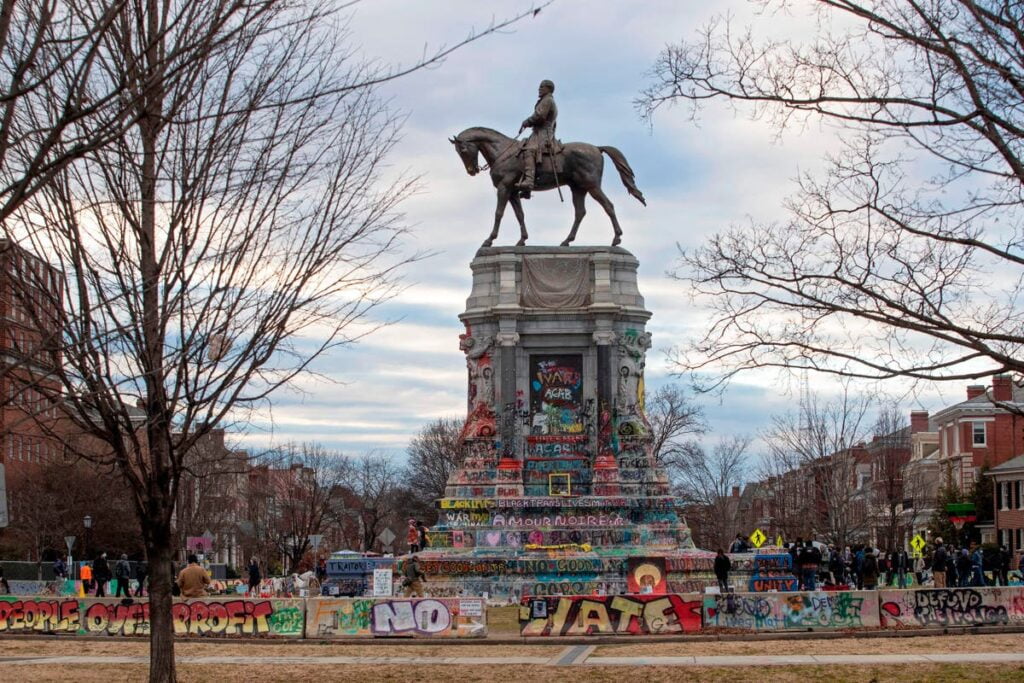 The largest Confederate statue still standing in the US is due to be brought down, according to reports.

The statue, depicting General Robert E Lee, currently stands on Richmond’s Monument Avenue in Virginia, and it will be removed and taken to a “state-owned facility”. According to reports, the plinth will be left bare for a short period of time.

Its removal comes after Virginia’s Supreme Court rejected two legal challenges to the decision to remove it last week. The court was united in both cases, ruling that statue ought to be removed.

William Gregory, one opponent to taking it down, said that Virginia had vowed to “faithfully guard” and “affectionately protect”. The the second opposing lawsuit, fronted publicly by Helen Marie Taylor, argued the decision violated a joint resolution of the Virginia general assembly from 1889, one year before it was erected over 130 years ago.

Throughout its time on display, it had five other similar statutes nearby of other important figures in the 19th century’s secession movement. However, they have been previously done away with, and the monument to Lee is the last one to be relocated.

“Richmond is no longer the capital of the confederacy. We are diverse, open and welcoming city, and our symbols need to reflect this reality,” Levar Stoney, the city’s mayor of the city said in a statement.

According to The Washington Post, Mr Stoney spearheaded the movement to bring down the other four statues on Monument Way.

The Confederate States of America was a group of 11 states that seceded in 1860, believed to be prompted by wanting to continue to use the labour of enslaved people. After being defeated in the US Civil War in 1965 by the Union forces, it became a part of the country once more.

In a statement, the state’s governor Ralph Northam said: “Virginia’s largest monument to the Confederate insurrection will come down this week. This is an important step in showing who we are and what we value as a commonwealth.”

Mr Northam initiated its takedown in June 2020, in light of the Black Lives Matter movement that swept across the country last summer. These protests were prompted by Derek Chauvin, a Minneapolis police officer, murdering George Floyd, an unarmed Black man.

Since last year, the statue has become a symbol of protest to racial equality as it is now covered in graffiti and political slogans.

“I mean, it hadn’t come down before. They had all the opportunities in the world,” Lawrence West, a member of the local chapter of Black Lives Matter, told the Associated Press, referring to the Democrats, who have been in power on and off since 2002.

He believes its removal is a result of the group’s work and wants it to become a place “to cultivate all types of connections between different people”.