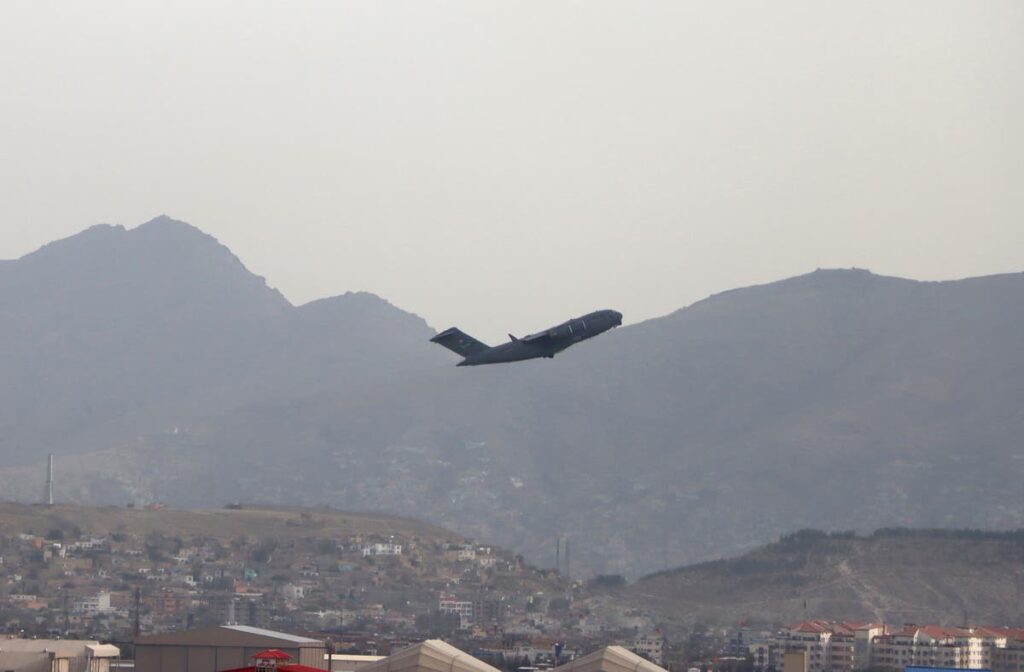 The last US forces have departed from Kabul airport, shortly before a midnight deadline for a full withdrawal, bringing an end to a 20-year conflict launched in the aftermath of the September 11 attacks.

It was a war overseen by four US presidents, fought by two generations of Americans, and at a cost of an estimated $2 trillion. It ended with the defeat of a superpower by an army of guerilla fighters, and the collapse of a decades-long state-building project in a matter of days.

The news of the last US flight leaving Kabul was announced by Taliban leaders amid reports of celebratory gunfire across the city.

Soon after, General Kenneth F. McKenzie, head of US Central Command, formally announced the end of the US military presence in the country.

“I’m here to announce the completion of our withdrawal from Afghanistan and the end of the military mission to evacuation American citizens, third country nationals and vulnerable Afghans,” he said.