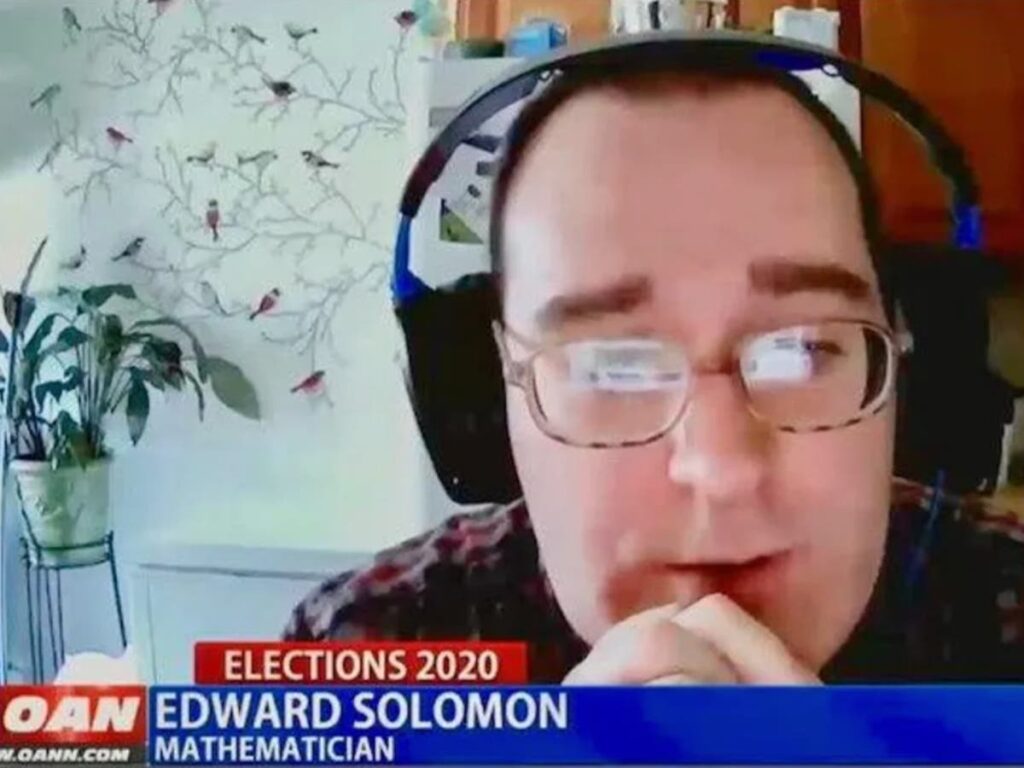 A week after Joe Biden was sworn in as president, the unapologetically pro-Trump television network One America News invited self-proclaimed mathematician Ed Solomon on to explain his smoking-gun evidence that the 2020 election had been stolen.

According to Mr Solomon, several voting precincts around the country reported the exact same results at various times during the tabulation process.

VICE News reports that Mr Solomon was asked by OAN anchor Christina Bobb if there was any chance the data he found was a coincidence.

Mr Solomon is included in a defamation lawsuit filed by Dominion Voting Systems against OAN. The lawsuit alleges that OAN knowingly reported defamatory claims against the company. In the court filing, Dominion revealed that Mr Solomon’s mathematical expertise comes from a few classes he took at Stony Brook University between 2008 and 2015. He has no degree.

Dominion has since sent OAN two demands that the segment be retracted from its website. According to the lawsuit, Dominion claims OAN “quietly removed” the video and story from its website, but noted that the story can still be seen on its Rumble page under the title “Smoking Gun”. Rumble is a video platform popular among Trump supporters.

Mr Solomon’s lack of credentials was confirmed by a FactCheck.org review of publicly available information.

During FactCheck.org’s investigation of Mr Solomon, the group spoke with actual mathematicians and voting technology experts about his claims. They said that it is not strange in the least for different precincts to have the same vote shares at different times in different parts of the country.

Mr Solomon has continued to post videos on YouTube in which he pushes election conspiracy theories and math lessons. One of his most recent videos is 11-and-a-half hours long.