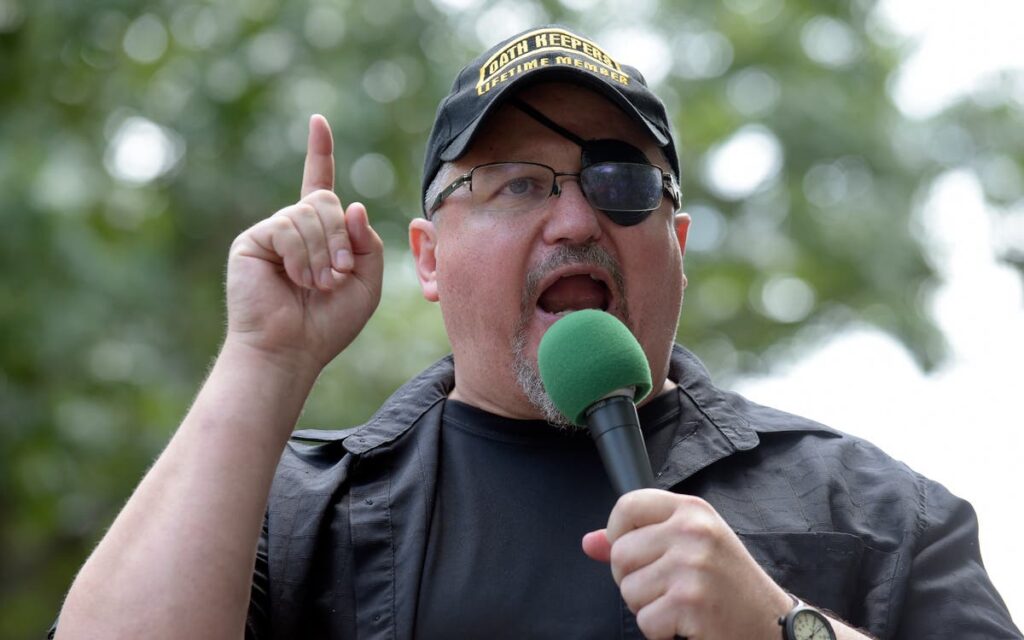 Elmer Stewart Rhodes, leader and founder of the far-right militia group Oath Keepers, and ten other members or associates have been charged with seditious conspiracy in the 6 January attack on the Capitol, authorities said.

Mr Rhodes pleaded “not guilty” to the charge and other counts and remained in federal custody on Friday. He was arrested by the FBI at a house in Little Elm on 13 January and taken to the Collin County Jail.

In a statement, the US department of justice said Mr Rhodes, 56, from Granbury, Texas, and 63-year-old Edward Vallejo of Phoenix, Arizona, “are being charged for the first time in connection with events leading up to and including Jan 6.”

The Justice Department further added that the “seditious conspiracy indictment alleges that, following the 3 November 202 presidential election, Mr Rhodes conspired with his co-defendants and others to oppose by force the execution of the laws governing the transfer of presidential power by 20 January 2021.”

It said that beginning late December 2020, Mr Rhodes and various “co-conspirators coordinated and planned to travel to Washington, DC, on or around 6 January 2021, the date of the certification of the electoral college vote, the indictment alleges” via encrypted and private communications applications.

Mr Rhodes and several co-conspirators allegedly made plans to bring weapons to the area to support the operation, it said. “The co-conspirators then travelled across the country to the Washington DC, metropolitan area in early January 2021.”

“According to the seditious conspiracy indictment, the defendants conspired through a variety of manners and means, including: organising into teams that were prepared and willing to use force and to transport firearms and ammunition into Washington DC; recruiting members and affiliates to participate in the conspiracy; organising trainings to teach and learn paramilitary combat tactics,” according to the charges.

The eleven members of Oath Keepers are also accused of “bringing and contributing paramilitary gear, weapons and supplies – including knives, batons, camouflaged combat uniforms, tactical vests with plates, helmets, eye protection and radio equipment – to the Capitol grounds; breaching and attempting to take control of the Capitol grounds and building on 6 January 2021, in an effort to prevent, hinder and delay the certification of the electoral college vote.”

Meanwhile, acting president of the Oath Keepers Kellye SoRelle said “he (Mr Rhodes) is not guilty of any of the outlandish charges” and the organisation stands with him.

James Lee Bright, one of Mr Rhodes’ attorneys, said: “He intends to fight the charges until the very, very end.”