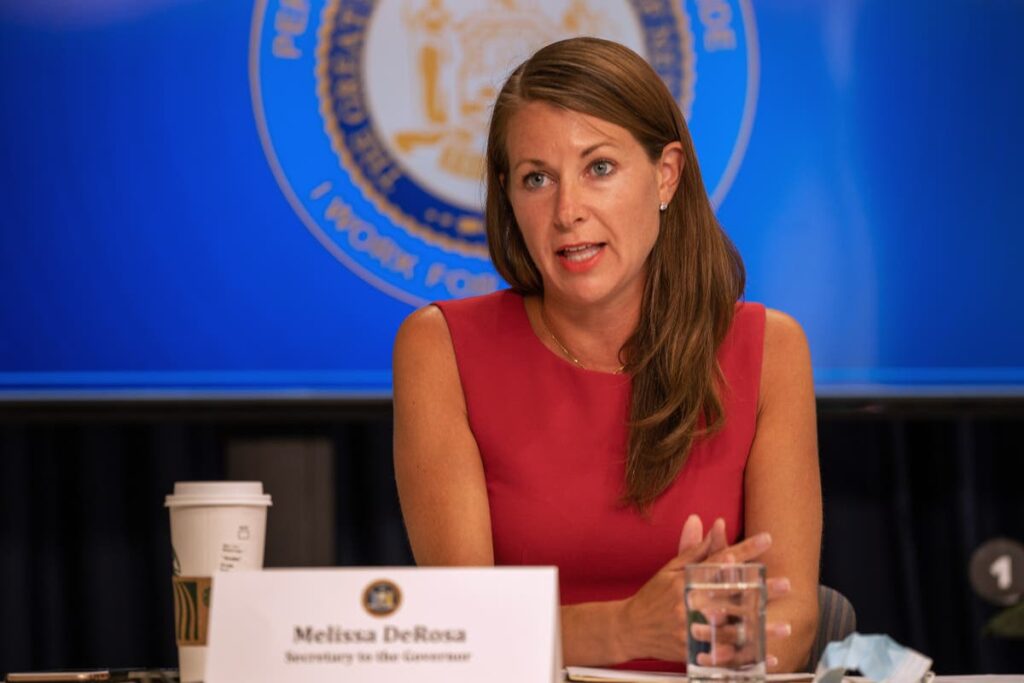 A senior aide to Andrew Cuomo has resigned following the state attorney general’s report which found the New York governor sexually harassed 11 women, and linked her to an alleged cover-up.

Melissa DeRosa, secretary to the governor, was mentioned 187 times in the 165-page report released by the New York attorney general on Tuesday, accusing Mr Cuomo of sexual harassment. She was accused of hiding the actions and retaliating against one of his accusers.

“Personally, the past two years have been emotionally and mentally trying. I am forever grateful for the opportunity to have worked with such talented colleagues on behalf of our state,” Ms DeRosa said in a statement announcing her resignation.

Mr Cuomo is also under increased pressure of resignation after the report found that he groped, kissed or made suggestive comments to 11 women in violation of the law, prompting local prosecutors to launch a criminal investigation and re-igniting calls for him to resign or be impeached. However, he has denied the allegations and has stayed out of the public eye recently.

His brother, Chris Cuomo, who is a news anchor on CNN, is also being asked to speak up about the allegations by his colleagues at the channel.

Brian Stelter, the anchor of CNN’s show “Reliable Sources” on Sunday, said Chris Cuomo has “a lot to say” on the matter and “should be grilled” about the allegations of sexual harassment against his brother while adding that CNN has barred him from speaking about it.

“Chris Cuomo has a lot to say, but right now he cannot say it,” Stelter said. “CNN management has made two things clear to him: One, that he can’t talk about his brother, Andrew Cuomo, on TV, and, two, that he cannot participate in any more strategy sessions with the governor’s aides.”

“So, if you’re wondering why Chris has remained silent about the scandal, that is why,” Stelter said.

The scandal has become a “conundrum” for CNN, according to Stelter, where there is “no perfect solution.”

“I think Chris should be asked about all this,” Stelter said on his show “Reliable Sources,” on Sunday. “He should be grilled like anyone else. That’s what numerous staffers at CNN said to me this week.”

“The logic on the part of management is that whatever Chris says about the allegations against his brother will be picked apart,” he said.

“He will be accused of either using his platform to spin for his family or he’ll be accused of betraying his brother. The logic is that he should just stay out of it. He should do the job that the viewers want him to do,” Stetler added.

“Plus, CNN is so much bigger than anyone anchor,” he said.

“What really matters most is how CNN as a global news outlet covers the governor’s alleged crimes.”