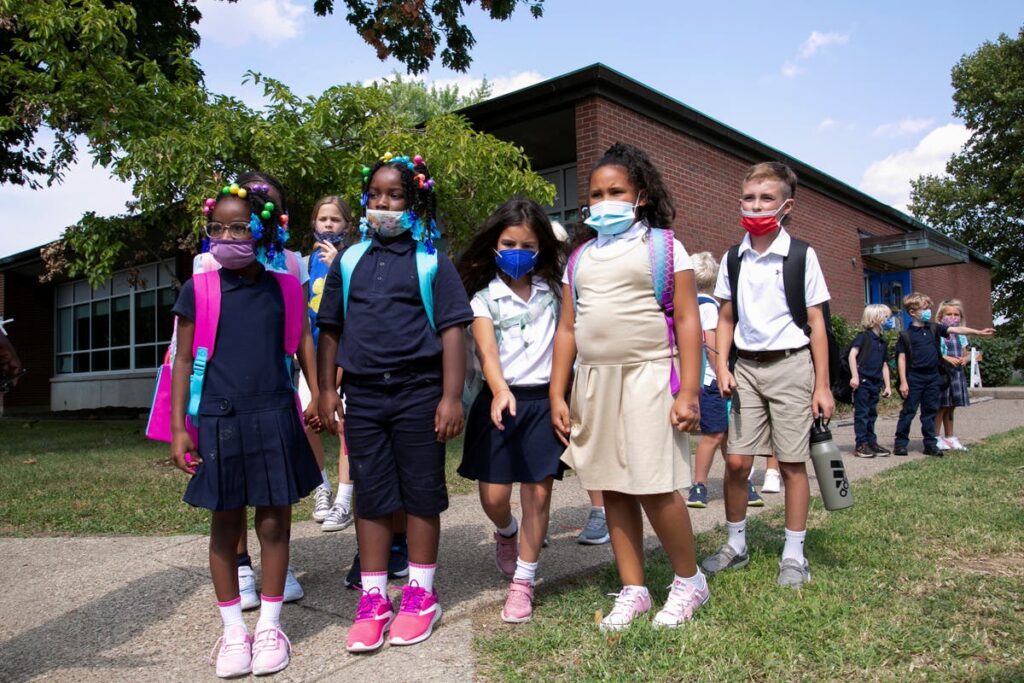 More than 80 students were potentially exposed to Covid-19 on their first day of the 2021-2022 school year after a parent reportedly sent their child to school despite both the parent and child testing positive for the disease just two days earlier, according to officials.

Families of children who may have been exposed were notified by the principal of Marce Herz Middle School in Reno on Monday.

“Out of an abundance of caution and due to possible exposure to COVID-19, your student must be in quarantine at home, per Washoe County Health District guidelines,” principal Brandon Bringhurst said in a message to families obtained by local news outlets.

Unvaccinated students must isolate at home until 20 August, while students who are vaccinated and do not display symptoms are allowed to return to school.

The incident is one of several across the US forcing thousands of school children and families in 14 states to quarantine as schools return to in-person learning for the 2021 and 2022 school year.

Just two days after Florida schools reopened without a mask mandate in place, due to a statewide ban pushed by Governor Ron DeSantis, at least 440 students in Palm Beach County were sent home, according to the county’s interim superintendent Michael Burke.

Arizona and Texas has also banned mask mandates in the state’s schools, while schools and local governments have pushed back against anti-mask mandates to curb the spread of infections as a highly contagious Delta variant drives a surge of disease across the US – including climbing hospitalisations among children.

More than 700 students and staff members in Kentucky’s Warren County Public Schools are isolating after at least 95 infections were confirmed, prompting the district to implement a mask mandate.

Nevada requires children with known communicable diseases to stay home from school, and current health guidelines require people who test positive for Covid-19 to isolate for at least ten days, but health officials in Washoe County said “we are not seeking to invest our limited resources in bringing charges against the parent at this time” and “are seeking cooperation from our community members.”

Under a state order, students in kindergarten through 12th grade, as well as staff, parents and visitors on school campuses must wear face coverings inside school buildings, regardless of their vaccination status.

Nearly 4.3 million children have tested positive for Covid-19 since the onset of the pandemic, as of 5 August, according to a report from the American Academy of Pediatrics. Nearly 94,000 of those cases were added within that week alone, with children now representing 15 per cent of all confirmed infections, an increase from 14.3 per cent, and between 1.5 and 3.5 per cent of all hospitalisations.

Three available and free vaccines to fight against Covid-19 are effective against the Delta variant, but children under 12 years old are not yet eligible to receive them, which public health officials have pointed to the spike in pediatric infections.