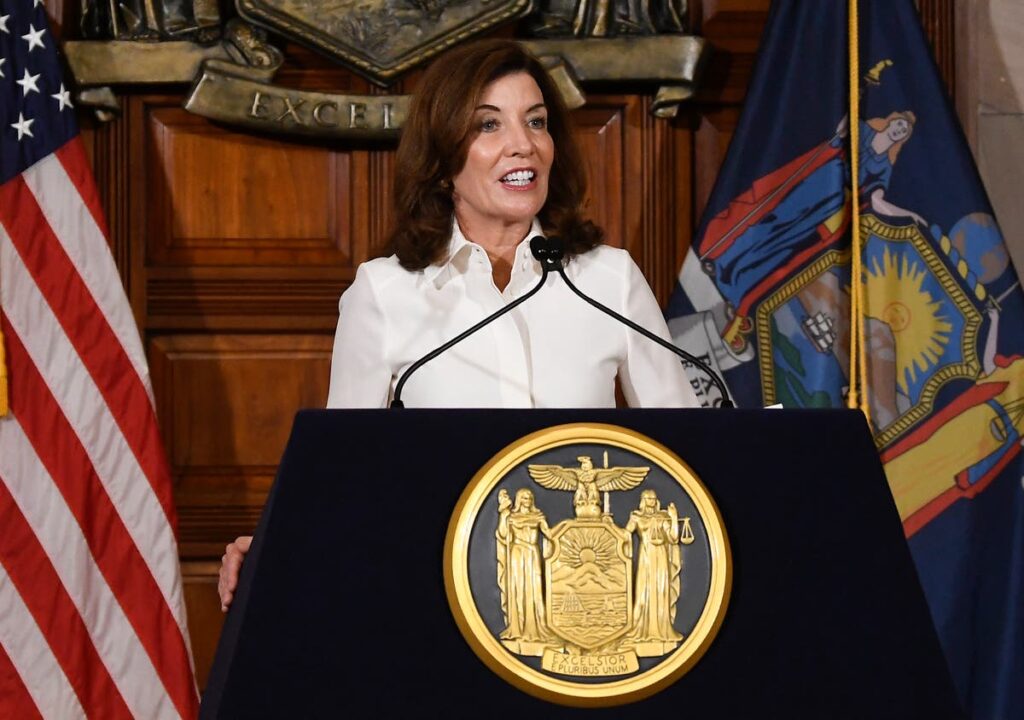 Days after being sworn into office following the resignation of Andrew Cuomo, New York Governor Kathy Hochul has revealed that the state’s Covid-19 death toll includes 12,000 more lives lost to the disease than had previously been reported by her predecessor.

The state reports that nearly 55,400 New Yorkers have died from Covid-19, spiking the death toll of 43,400 that Mr Cuomo’s administration reported in his final hours in office, according to a review from the Associated Press.

“We’re now releasing more data than had been released before publicly, so people know the nursing home deaths and the hospital deaths are consistent with what’s being displayed by the [Centers for Disease Control and Prevention],” Ms Hochul told MSNBC on 25 August. “There’s just a lot of things that weren’t happening, and I’m gonna make them happen.”

The governor has sought to include underreported deaths that the previous administration had excluded, creating a discrepancy between the CDC’s reports and information publicised by Mr Cuomo’s office, which excluded Covid-19 patients who died at home, in hospice care or state-run settings.

That exclusion drew scrutiny from state and local officials, as well as federal prosecutors, following allegations that his office manipulated data – under his administration, the state excluded deaths from hard-hit nursing homes if patients died after being transferred to hospitals.

“You just get the information out there and address [it],” the governor added. “We have to get back to that normalisation of vaccinations and forget all the Republican rhetoric, which is killing people, and I’m gonna be that blunt about it. I’m sick and tired of what I’m seeing going on in other states.”

Within her first moments in office, Ms Hochul called for the state’s health department to institute mask mandates in schools and announced she is pushing for wider vaccine and testing requirements for school staff.

Her office will also conduct a 45-day review of office personnel potentially involved in the Cuomo administration’s response to nursing home deaths.

“I need to continue working to identify individuals involved in those decisions,” she told MSNBC.

On NPR, she said: “The public deserves a clear honest picture of what’s happening. Whether it’s good or bad, they need to know the truth and that’s how we restore confidence, when they know there will always be truthful and very transparent in my approach to government. And not just with respect to nursing homes, every aspect of government.”