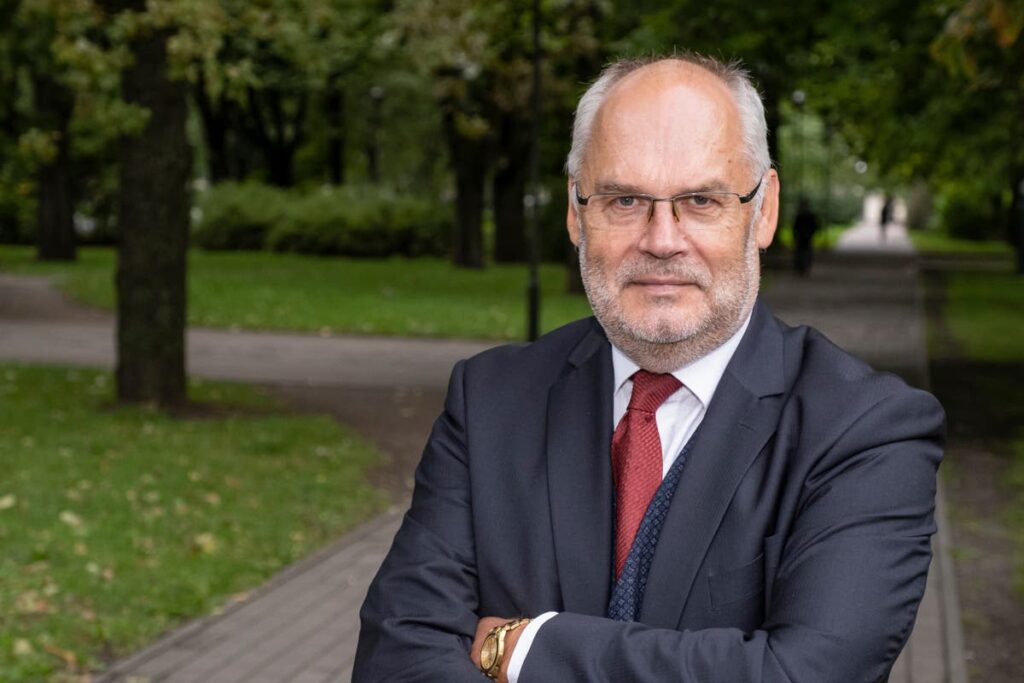 Estonia is gearing up for an unusual presidential election in parliament. So far, there is only one candidate in Monday’s vote, a situation unprecedented since the Baltic nation regained independence 30 years ago.

President Kersti Kaljulaid’s five-year term expires Oct. 10, and lawmakers in the 101-seat Riigikogu must elect a new head of state to replace her in the largely ceremonial post.

But unless new candidates register by a late Saturday deadline, the director of the Estonian National Museum,will be the sole contender: Alar Karis, a former state auditor, is the only one who has managed to get backing from the required minimum of 21 lawmakers.

Jaak Joeruut, a well known writer, former defense minister and diplomat, said in a recent opinion piece that “elections with one candidate belong to the Soviet era. It is unethical, but, strangely enough, legal.” Once a Soviet republic, Estonia, a nation of 1.3 million, regained its independence in 1991 and is a member of the European Union and NATO.

Had the president been directly elected by the people, Kaljulaid would be seeking a second term. Estonia’s first female president is reasonably popular among the public. But she enjoys little support from lawmakers, reportedly due to her outspokenness and scathing remarks about fellow politicians.

Both parties have praised him for his understanding of Estonia’s society, and see his academic background — he headed the University of Tartu, Estonia’s main academic institution — and work as auditor as substantial strengths.

Karis needs a two-thirds majority, or 68 votes, in the Riigikogu to be elected in the secret ballot. The governing coalition has 59 votes, and he is seen as likely to gather the support of at least another nine lawmakers from three opposition parties.

The populist right-wing EKRE party has proposed a candidate of its own, but doesn’t have enough lawmakers to register him into the race and is unlikely to get help from other parties due to its controversial political agenda.

For its part, the conservative Fatherland — a smallish opposition party — said Wednesday it shares views with Karis in several issues but gave its lawmakers a free hand in the vote.

Meanwhile, the Social Democrats are divided between Kaljulaid and Karis but the party has too few lawmakers and allies to propose the sitting president, and several of its lawmakers are expected to vote for Karis.

Should lawmakers reject Karis on Monday, another two voting rounds are scheduled for Tuesday. If that fails, the election process will be transferred to a special 208-member electoral college who would vote on a new head of state in September.

Under Estonia’s constitution, the president’s role is mostly representing the nation abroad and acting as a domestic opinion leader. However, the president is the supreme commander of Estonia’s armed forces, formally appoints government members, signs laws to make them valid and has the power to veto law proposals.