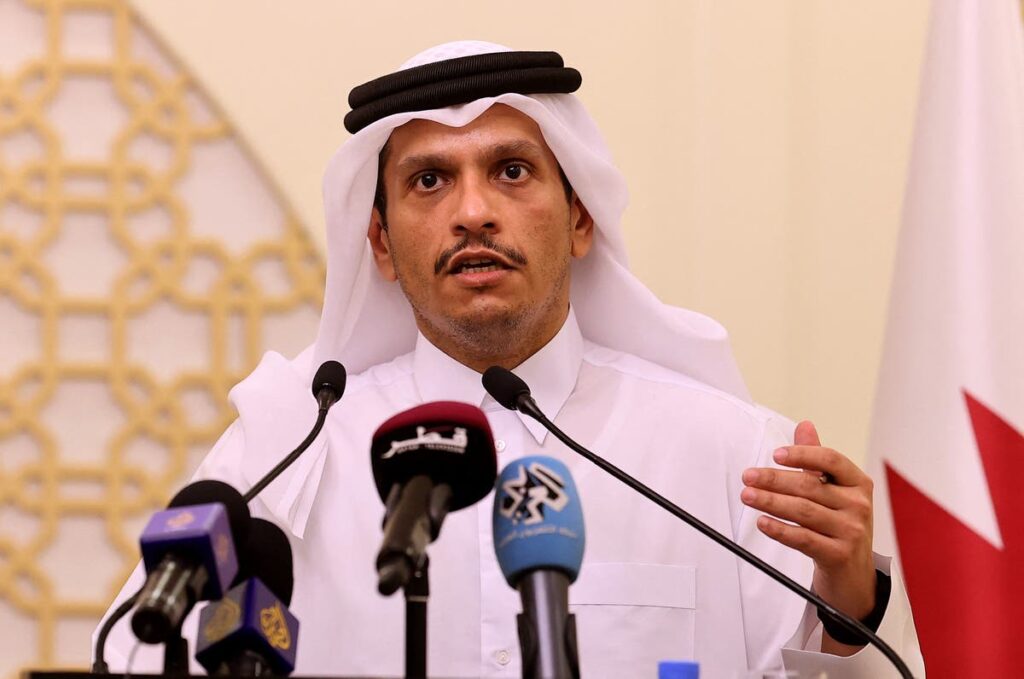 When the Taliban took control of Afghanistan a quarter of a century ago, the group was treated as a pariah by much of the world. It could only convince Pakistan, Saudi Arabia and the United Arab Emirates to recognise its government, while Russia, its central Asian allies, Turkey, India and Iran were openly arming and funding its opponents.

But now the Taliban is in the diplomatic driving seat as nations scramble to build ties. On Wednesday, Qatar’s top diplomat urged “engagement” with the Taliban now that it has taken control of Afghanistan.

“If we are starting to put conditions and stopping this engagement, we are going to leave a vacuum, and the question is, who is going to fill this vacuum?” asked Qatari foreign minister Mohammed bin Abdul Rahman Al Thani. “We believe that without engagement we cannot reach real progress on the security front or on the socioeconomic front.”

Nations are broadly heeding the call. The United Kingdom is in talks with the radical fundamentalist group over the protection and evacuation of British nationals stranded in Afghanistan.

Moscow, Tehran and Beijing are maintaining high-level diplomatic contacts with the extremist organisation. Turkey and the Taliban are discussing the running of Kabul’s airport. Neighbouring Turkmenistan, one of the countries that supported the coalition of fighters that battled the Taliban in the 1990s, is in talks with Taliban representatives over truck deliveries into Afghanistan. And India, Germany and Saudi Arabia are seeking inroads to the Taliban via Qatar.

Even the United States has been directly or indirectly in touch with the Taliban, over efforts to evacuate Americans and in respect of their shared opposition to the south Asian branch of Isis.

“We engaged with the Taliban during the past few weeks to enable our evacuation operations,” US secretary of state Anthony Blinken said on Monday. “Going forward, any engagement with a Taliban-led government in Kabul will be driven by one thing only: our vital national interests.”

Andreas Krieg, a Middle East specialist at King’s College London, said the world is eager to absorb the mistakes of the past and give the Taliban at least a chance to show that it has changed its ways.

“Everyone wants to believe the changed narrative about the Taliban,” he said. “This might reposition the Taliban as a potential partner.”

All the other nations see their security tied up in the future of any Taliban government. There’s no viable alternative. The Taliban is the least of the many bad options for Afghanistan’s future

Ashley Jackson, co-director of the Centre for the Study of Armed Groups

At the root of the dilemma is Afghanistan’s overwhelming dependence on foreign aid. Roughly 80 per cent of the country’s budget is paid by several World Bank and United Nations-administered trust funds. Take that money away, and the country collapses into further chaos and potential violence.

“Everything has been focused on security expenditures but we were bankrolling the whole thing,” said Ashley Jackson, the Oslo-based co-director of the Centre for the Study of Armed Groups and the author of a book about Afghanistan. “That means midwives. nurses, schools, civil servants, clinics – everything that might keep people from running away.”

Ms Jackson warned that Afghans had already suffered a drought and were facing food security issues even before the Taliban takeover, which caused a halt in aid shipments and salaries.

Engagement has its limits. Even Qatar, which has built up ties with the Taliban and has hosted its leadership over the last several years, has refrained from conferring diplomatic recognition upon Kabul’s new masters.

Many nations are attempting a delicate diplomatic dance, dangling the prospect of engagement and even financial aid in hopes of curbing some of the Taliban’s potential excesses. During its 1990s rule, it stripped women and girls of basic human rights and launched a campaign of ethnic cleansing against the country’s Shia minority.

But this time round, the Taliban is very much trying to recast itself. Taliban leaders have repeatedly said they hope to form an “inclusive” government that represents all Afghan ethnic groups. While the Taliban draws most of its support from the country’s ethnic Pashtun plurality, Afghanistan is made up of sizeable populations of minorities including Tajiks, Hazaras and Uzbeks.

Taliban officials have publicly urged nations to maintain their embassies and diplomatic outposts in Afghanistan. But as yet, not a single country has recognised the Taliban, which calls itself the Islamic Emirate of Afghanistan.

Since losing power as a consequence of the 2001 US-backed war, the Taliban have grown more media-savvy. Many of the talking points touched upon by the Taliban’s political leadership in Doha may amount to little more than wishful thinking rather than actual policy shifts. Diplomats in world capitals are well aware of this, and are likely bracing for the first atrocity by the Taliban’s fighters.

“The question is to what extent the fighters on the ground are buying into what the leaders are saying,” said Mr Krieg.

Mr Blinken, in his address on Monday, said the international legitimacy and support the Taliban seeks “will have to be earned”.

The US and other governments regard the Taliban as a global terrorist organisation.

But world powers may decide it is in their interests to engage in some measure of cooperation with the new leadership in Kabul, if only to help stabilise Afghanistan and secure their own interests – especially in preventing destabilising waves of Afghan migrants clamouring to apply for refugee status in order to be admitted to their countries.

“What the international community is grappling with is that the Afghan state is a house of sand,” said Ms Jackson. “If the Taliban government collapses and they are unable to assume control, you’re looking at a civil war and chaos situation. All the other nations see their security tied up in the future of any Taliban government. There’s no viable alternative. The Taliban is the least of the many bad options for Afghanistan’s future.”

As unpalatable as some of the Taliban’s actions and stances are, the group can also serve as a potential counterweight to the even more dangerous ideology of Isis, which has a presence in Afghanistan and was behind the horrific 26 August terrorist attack on Kabul’s airport.

“There’s a lot of grey space between having a full adversarial role and full diplomatic recognition,” said Mr Krieg. “If you don’t engage with them they will definitely go back to the 1990s. If you don’t put money into the state, it will collapse, whether you recognise the government or not.”