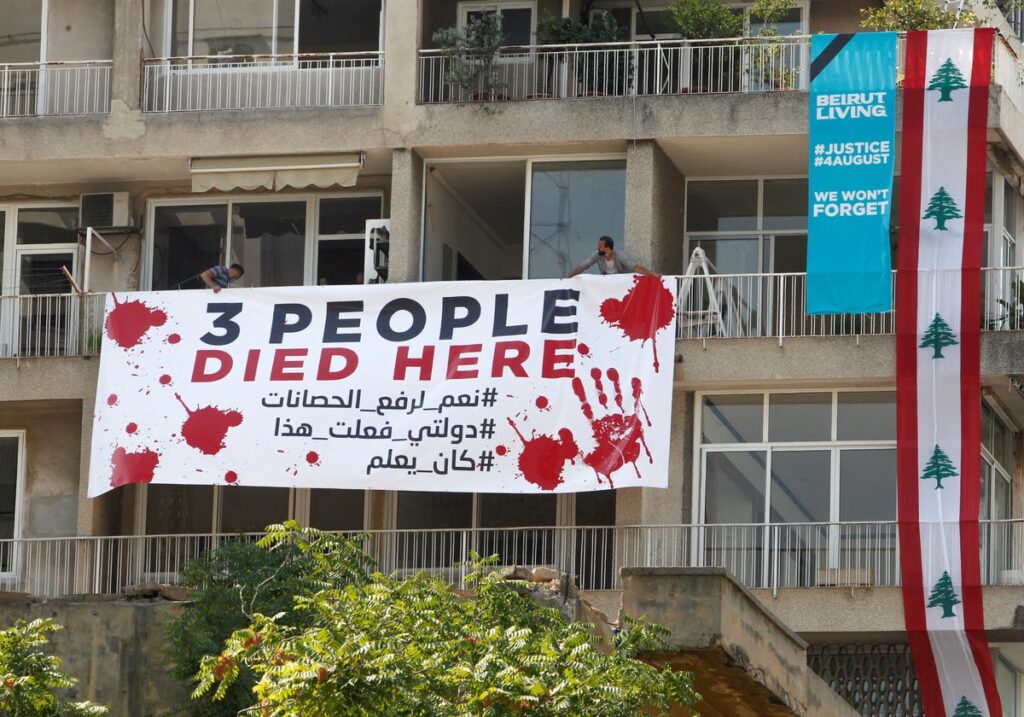 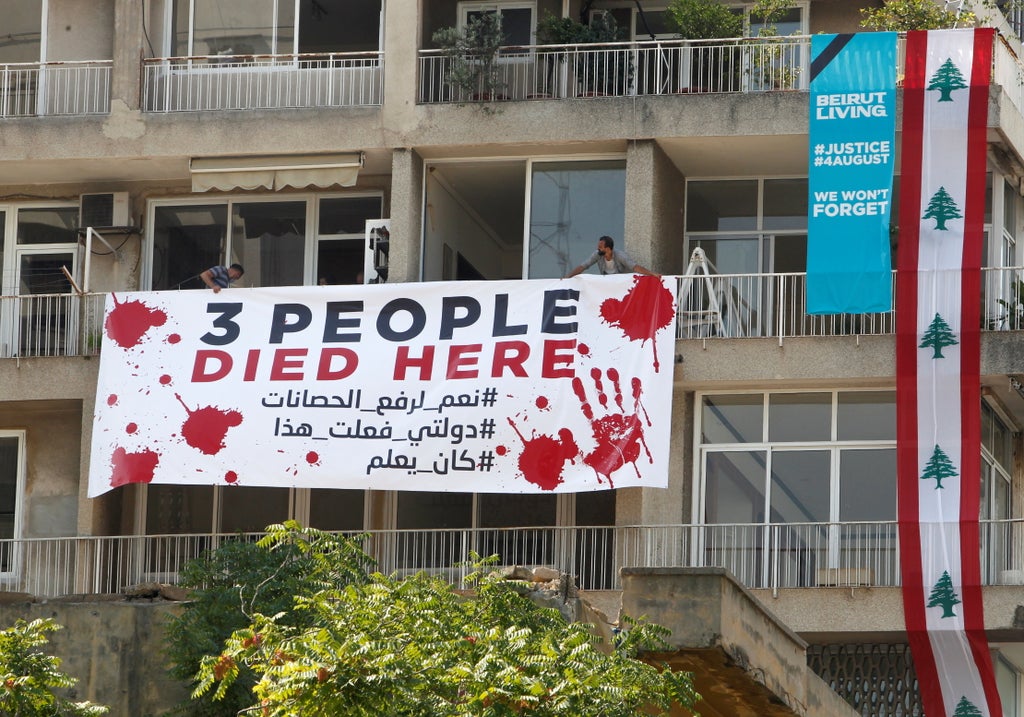 The families of those killed in a massive blast in Beirut will take to the streets on Wednesday to demand justice one year on, as rights groups have called for targeted sanctions on the Lebanese officials responsible who are also accused of “shamelessly obstructing justice”.

More than 217 people were killed and 7,000 injured when hundreds, if not thousands, of tonnes of poorly stored ammonium nitrate exploded in Beirut’s port on 4 August 2020. The blast displaced 300,000 people and caused widespread destruction and devastation that the World Bank estimated would cost $4.6 billion (£3.3 billion) in damages.

A damning paper trail seen by The Independent shows that senior officials from the port authorities to the president had known about a dangerous explosive stockpile since 2014 but did nothing about it.

The authorities, including the prime minister and president, have vehemently denied that they are to blame.

But anger has reached boiling point a year on, as no one has been held accountable and the investigation has shuddered to a halt. The judge in charge of the probe has struggled to summon political figures for questioning due to claims of immunity.

And so, protests have been called by survivors and families of those killed on Wednesday to demand justice.

Separately, Maronite Christian Patriarch Bechara Boutros Al-Rai is due to lead a mass at the port to be attended by families of the victims.

Businesses and government offices are also expected to close for what the state has declared an official day of mourning.

Michel el-Murr, a fire department official, lost 10 members of his team when they were sent to put out the fire at the port but were not told about the dangerous stockpile in the warehouse that was in flames.

He said one year on the grieving fire department is demanding answers.

“I need the truth, I need to know who killed my personnel,” he said, from the fire department headquarters where several vigils have been held.

“I still have the photos of the body parts of our firefighters we had to dig up.  Every time I see a photo of them, I remember, and I get depressed and angrier.

“They should have warned us about what we were walking into.”

On Tuesday Human Rights Watch, went so far as to call on states to impose targeted corruption sanctions on Lebanon, saying the senior officials knew of the risks posed by the highly explosive material stored at the port but did nothing to protect the public against it.

Amnesty International, meanwhile, has accused the Lebanese authorities of having “brazenly blocked and stalled justice at every turn” with “relentless efforts to shield officials from scrutiny.”

The authorities have vehemently denied obstructing justice. The caretaker Prime Minister Hassan Diab, who has been charged with negligence alongside three ex-ministers, said he had “done all within his power during the short period of time… to address the issue of the ammonium nitrate stored at Beirut Port’s hangar 12.”

He called the negligence charges against him “preposterous”.

Lebanon’s president Michel Aoun, who also admitted to knowing about the stockpile but has not been summoned for questioning, did not address this issue. Instead late Tuesday he was fully supportive of an impartial investigation.

“Justice delivered late is not justice,” he added.

The blast occurred when Lebanon was already suffering a deep economic crisis that has worsened in the last year.

The World Bank says the country home to six million people is suffering one of the worst economic collapses in modern times. More than half the population is in poverty and the currency has lost over 90 percent of its value in just a year.

The government resigned in the wake of the blast, but one year on the ruling elite has failed to agree on the make-up of a new cabinet leaving the country rudderless.

Millions of dollars of aid were pledged to Lebanon on the condition a new cabinet be formed, and reforms rammed through.

The last attempt by ex-prime minister Saad Hariri ended in squabbles with President Aoun, whose political party leads a powerful bloc in parliament.

Mr Aoun claimed on Tuesday he was exerting all efforts to remove any obstacles towards forming a salvation government to implement reforms and lift Lebanon out of its financial meltdown.

But Lebanon is facing mounting international pressure. The EU has already drawn up a framework for sanctions targeting those that they see as obstructing the formation of government or reforms.

On Wednesday Ralph Tarraf, the European Union’s ambassador to Lebanon tweeted that Beirut “critically needs a government capable of managing the crisis, working together with a Parliament to make progress on reforms”.

Over 2,700 tonnes of ammonium nitrate first entered Beirut’s port on a Moldovan-flagged ship, the Rhosus, in November 2013, and had been offloaded into hangar 12 in Beirut’s port in October 2014.

It remained dangerously stored there until it blew up on 4 August, although a recent FBI report into the incident indicates that only 500 tonnes of explosive ignited indicating some had perhaps been stolen.

In its 700-page report released by HRW, the international rights group said the actions and omissions of Lebanese authorities violated the right to life.

“In the year since the explosion, procedural and systemic flaws in the domestic investigation have rendered it incapable of credibly delivering justice,’ they concluded.

HRW added that the evidence strongly suggested that some government officials foresaw the death that the ammonium nitrate’s presence in the port could result in and tacitly accepted the risk of the deaths occurring.

Official correspondence they said indicates that port, customs, and army officials ignored steps they could have taken to secure or destroy the material.

“Under domestic law, this could amount to the crime of homicide with probable intent, and/or unintentional homicide. It also amounts to a violation of the right to life under international human rights law,” they said.

Aya Majzoub, a researcher on Lebanon at HRW, said:  “That’s a grave human rights violation. It’s a violation of one of the most basic rights, the right to life.”

The authorities have denied this .