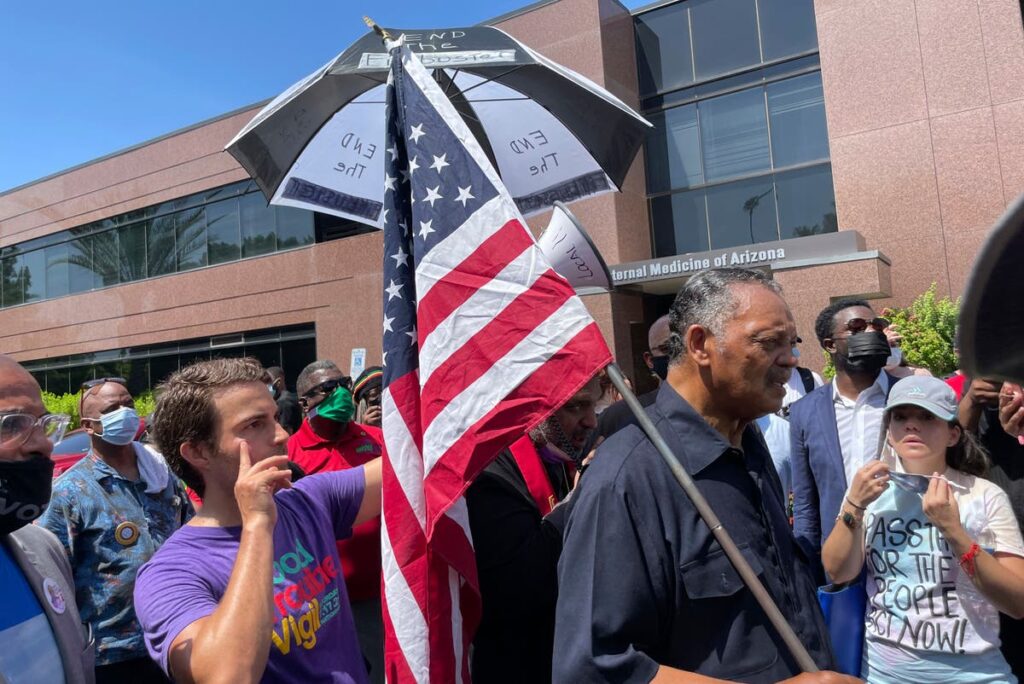 Rev Jesse Jackson and his wife Jacqueline Jackson have been hospitalized after testing positive for Covid-19, according to the Associated Press.

Mr Jackson was vaccinated in January and has encouraged vaccination among people of color. Mr Jackson announced in 2017 that he has Parkinson’s disease.

Despite his illness, Mr Jackson has remained active. Last month, he was arrested in Phoenix for staging a sit-in at Sen Kyrsten Sinema’s office. He similarly joined former Texas Congressman Beto O’Rourke in a march to Austin to support voting rights.