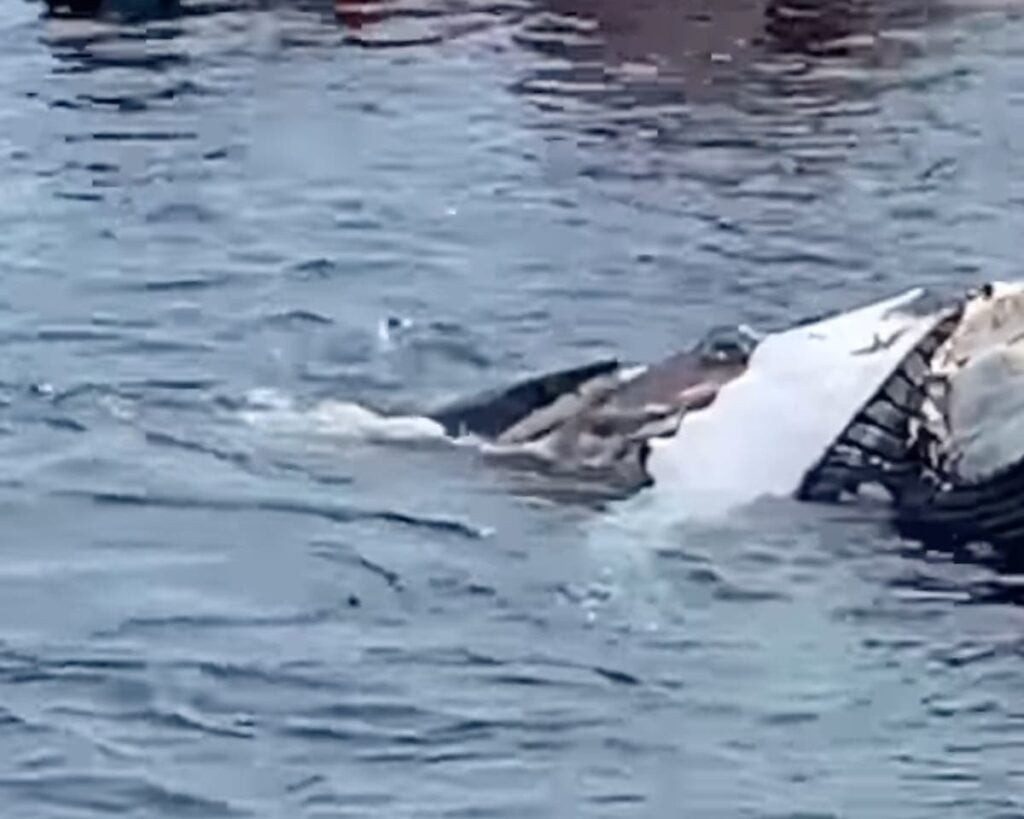 Great white sharks were spotted feasting on a the body of dead humpback whale in the waters off Cape Cod.

Two of the carnivores, including a monster 18ft one, tucked into the “biggest smorgasbord a shark could ever dream of” in Cape Cod Bay near Provincetown, Massachusetts.

The footage was captured by a whale watching tour company and posted to social media by John Goggin, of Captain John Boats.

“It was the first time I had ever seen this happen,” he told The Boston Herald.

“People on board were pretty excited. There was a lot of yelling, ‘Oh my God! Wow!’”

The dead whale also provided an opportunity for researchers to tag sharks, with eight of them drawn to the carcass over a two-day period.

“While it is sad to learn that an individual has died, documenting these events is essential for long-term population studies,” The Center for Coastal Studies posted on Facebook.

“Remember to keep your distance from whale carcasses, whether at sea or on land. Conditions can be more dangerous than they appear, especially if predators are in the area, and touching marine mammals is prohibited by law, even after death.”

The whale, a one-year-old calf, was know to researchers but it is not clear what caused its death.

“A dead whale is a lot of really easy food for great white sharks,” said Peter Corkeron of the New England Aquarium.

“A dead whale is like the biggest smorgasbord a shark could ever dream of.”

And a shark researcher, John Chisholm called the larger of the sharks “enormous.”

“One of the hardest things to communicate to people is how massive white sharks can be,” he tweeted.

“Until you see one in person, it’s hard to appreciate the girth which may be more impressive than length.”