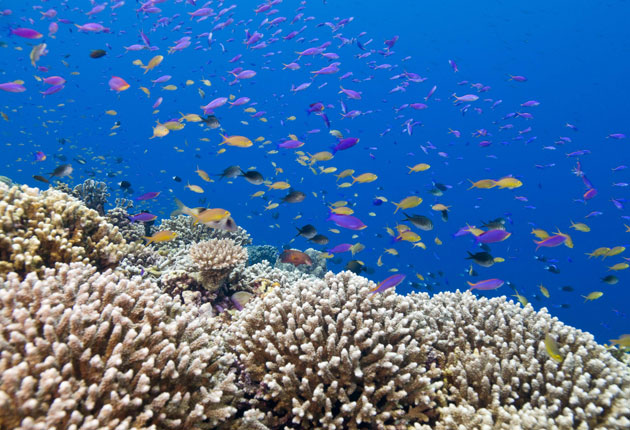 Sunscreens that contain chemicals damaging corals have been banned by the Thailand government from all of its marine parks.

The move comes after concerns emerging from the millions of tourists that flock to the south east Asian country and use sunscreen that contains chemicals harming corals.

Banned lotions include ones that contain the chemicals oxybenzone, octinoxate, 4-methylbenzylidene camphor or butylparaben.

The chemicals “deteriorate coral reefs, destroy larvae, obstruct their reproductive system and cause coral reef bleaching,” according to the announcement by Thailand’s Department of National Park, Wildlife and Plant Conservation, quoted by science news portal Phys.org.

Anyone found using sun cream that contains the chemicals can be fined 100,000 baht (£2,100). It is unclear, however, how the rule will be enforced by authorities.

There are similar bans in place in other tourist destinations, including the Pacific island of Palau and the US state of Hawaii, according to the BBC.

One of the last significant decisions made by the Thailand government to protect the country’s coral reefs was to close Maya Bay, on the island of Phi Phi Leh, in 2018.

The island had become a major tourist attraction and received international attention for nearly two decades after the release of the Hollywood movie The Beach, starring Leonardo DiCaprio and directed by British filmmaker Danny Boyle in 2000.