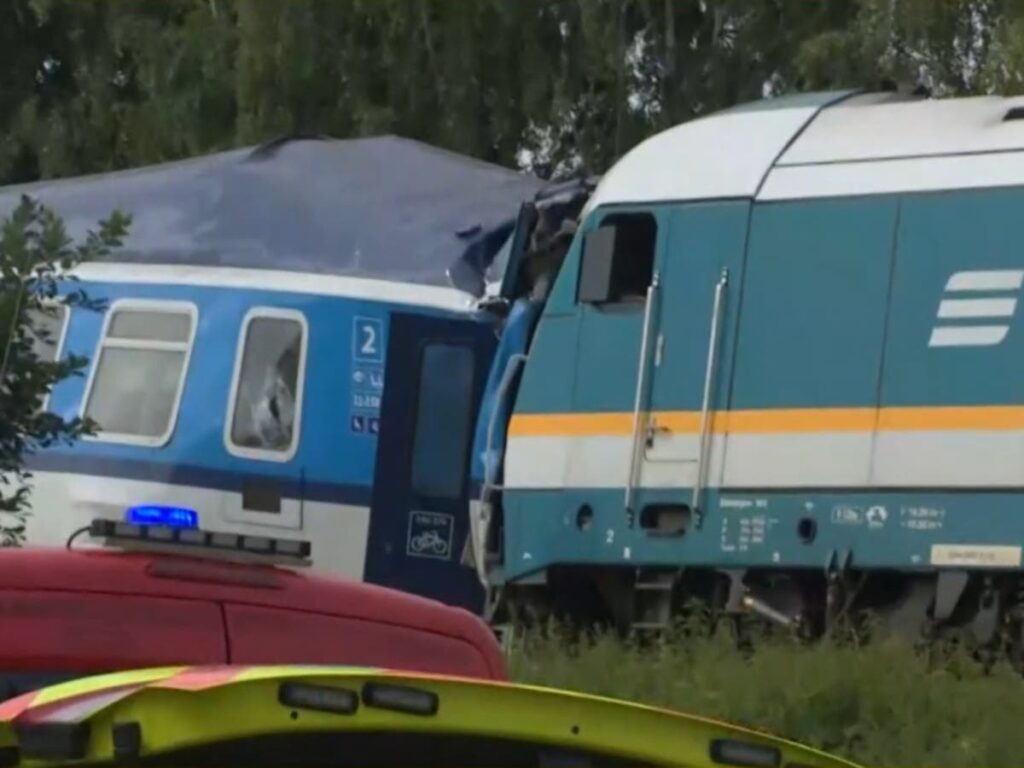 Three people were killed and dozens more injured when two trains crashed in the Czech Republic on Wednesday.

Police said the crash happened at about 8am local time in Milavce, a town in the west of the country. Officers said later that a third person had died after the initial death toll was reported as two.

Czech Railways said an international high-speed train connecting the western Czech city of Plzen with Munich in Germany was in collision with a local passenger train.

Four people who were seriously wounded were taken away by helicopter. Seven occupants required surgery while 31 suffered only light injuries, rescue officials said.

Karel Havlicek, the Czech transport minister, said human error probably caused the crash. He said the driver of the high-speed train had failed to stop at a designated point.

The crash happened near the border with Germany

Footage suggested the trains had collided head-on, with the smashed driver’s cabin of the fast train’s locomotive visible, as well as the front part of the local service.