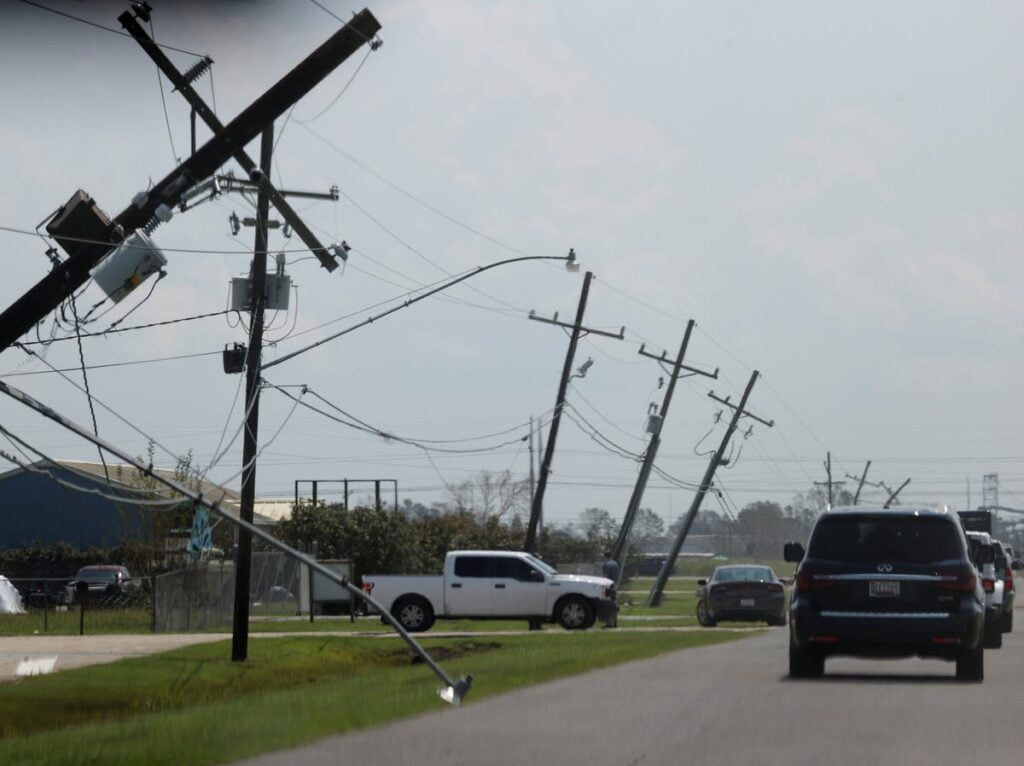 Some areas in Louisiana that were impacted the most due to Hurricane Ida may have to wait until the end of September to have their power connections restored, said the chief executive of Entergy’s Louisiana division on Saturday.

Hurricane Ida, the fifth strongest storm in the history of the US, caused large scale destruction across the country’s northeast and Gulf coast, bringing life in the storm-battered areas to a grinding halt.

More than 22,000 power poles have been damaged or destroyed, which was more than the destruction caused by hurricanes Katrina, Zeta and Delta combined, something termed by Entergy Corporation president and chief executive Philip May as “staggering.”

More than 1.2 million have been left without power and food as Ida ripped through Louisiana, Cuba, the east coast of the US, New York, New Jersey, Pennsylvania and Connecticut last week.

The hurricane has knocked out several power lines, rendering more than 5,200 transformers and nearly 26,000 spans of wires dysfunctional. Nearly 600,000 in Louisiana are still waiting for their power connections to be restored.

While Entergy – which manages the production and distribution of electricity in the US’s south – said full power restoration will be achieved by 29 September, with no “later than” date, some Louisiana customers may have to wait longer, Mr May told the Associated Press (AP).

“The level of devastation makes it quite difficult or near impossible to get in and fully assess some places,” he said.

Five southeastern Louisiana parishes face the longest delays, he added. Terrebonne, one of the five parishes, saw volunteers handing out ice, water and meals to the storm survivors in the parish seat Houma.

Entergy is in the process of acquiring air boats and other equipment to enable its power crews into swampy and marshy regions.

“We will continue to work until every last light is on,” Mr May said, adding many grocery stores, pharmacies and other businesses are a high priority.

Entergy Corp is bringing in 1,500 workers on a cruise ship to work to restore power under a charter agreement. The cruise ship, the Grand Classica, departed from Florida’s Palm beach port during the weekend and is set to reach New Orleans on Tuesday, the Bahamas Paradise Cruise Line said.

The powerful category four hurricane has killed 13 people in Louisiana so far, out of which four died due to carbon monoxide poisoning from power generators.

Kendall Duthu, 26, was one of the shell-shocked survivors who made it out of the storm, but is now in a worse shape than ever. He lost two jobs simultaneously during the pandemic, after which the hurricane destroyed his home.

“Next stop, I don’t really… We’ve just been living day by day,” Mr Duthu told AP as he struggled to come up with words for his loss.