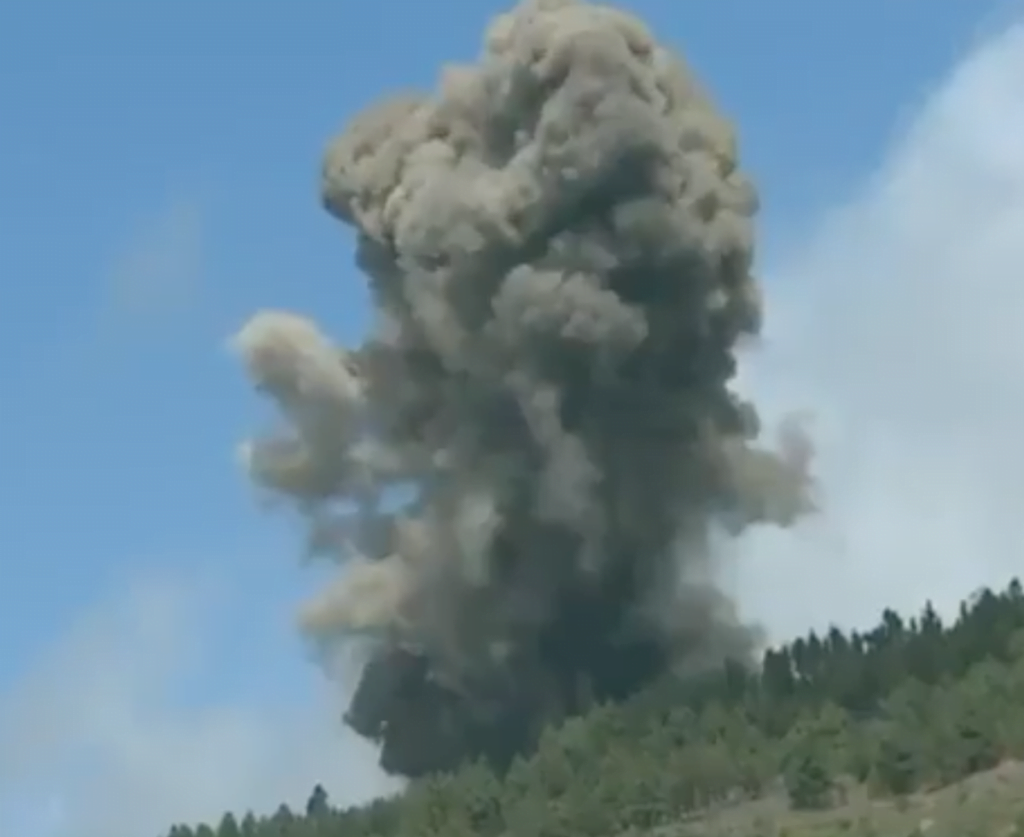 A volcano has erupted on the Spanish Canary Island of La Palma, spewing lava and a large cloud of dust and smoke into the air.

Experts had said an eruption on the island, on the far west of the Atlantic archipelago, was not imminent.

However an intensification of earthquakes in recent hours resulted in an eruption at 3.15pm local time (3.15pm BST) on Sunday.

Dramatic video showed a large plume of smoke rising into the sky from a volcano in the Cumbre Vieja national park, in the south of the island.

The Canary Islands Volcanology Institute, which had been monitoring the area, tweeted an image of the “eruptive column”.

Just before, authorities had evacuated about 40 people with mobility problems and farm animals from the villages around the volcano.

Soldiers were deployed to help with the evacuation, the defence ministry said, and it is expected that more residents will be evacuated from surrounding towns.

La Palma’s last eruption was in 1971, when one man was killed when he took photographs near the lava flows but no property was damaged.