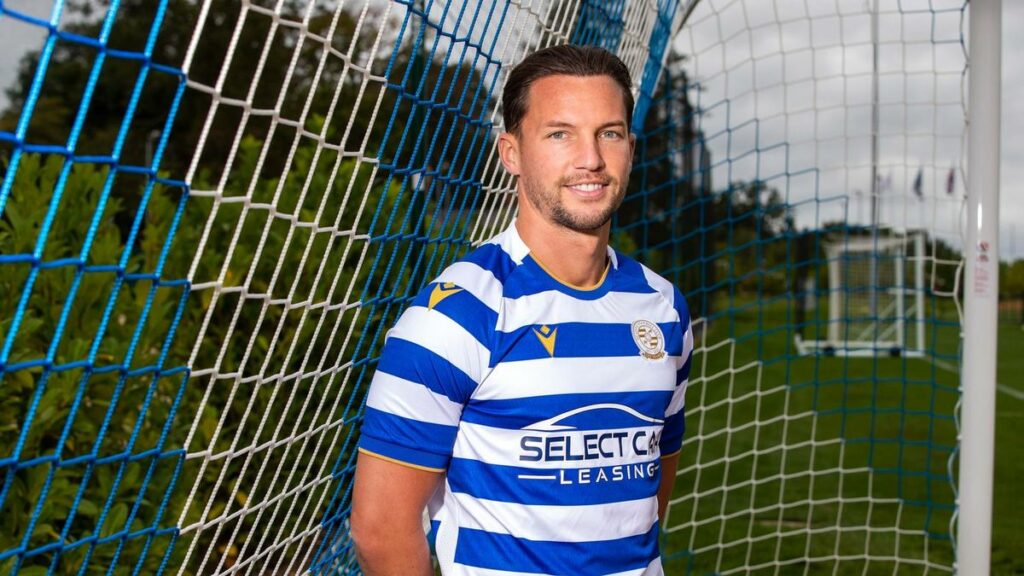 Chelsea flop Danny Drinkwater has joined Championship side Reading on loan until the end of the 2021/22 season.

Drinkwater has been at Chelsea since signing from Leicester City in 2017. In the past 5 seasons, the 31-year-old has only made 23 appearances for the blues but has gone on loan 3 times prior to Reading.

The majority of the midfielder’s career has been at clubs where he could never find a starting role, so was constantly loaned out. He began his career inside of Manchester United’s youth team in 2006. He would stay with the Red Devils for the next 12 seasons going out on loan to Huddersfield, Cardiff, Watford, and Barnsley, but never made a senior appearance for United.

Eventually, it looked as though Danny Drinkwater found a new home at Leicester City, who bought him for £810,000 in 2012. Drinkwater made 106 appearances for Leicester in the EFL Championship before he helped the team win the Championship and secure promotion in 2014.

Danny Drinkwater had his most successful year as a professional, scoring seven goals and being named to the PFA Championship Team of the Year alongside teammates Kasper Schmeichel and Wes Morgan, as Leicester were promoted to the Premier League

Danny Drinkwater went on to play 87 Premier League games for Leicester and played consistently as the Foxes miraculously won the Premier League title in 2015–16, alongside his midfield partners N’Golo Kanté, Marc Albrighton and Riyad Mahrez.

Only a year after winning the title Chelsea signed Drinkwater on 1st September 2017 for £35 million on a 5-year contract. His first season at Chelsea saw him make 22 appearances in all competitions, including four in the Blues’ triumphant FA Cup campaign. However, injury meant Drinkwater was not involved in the final, against his old club Manchester United. However, any hope Drinkwater had of becoming a Chelsea regular was soon destroyed.

With the arrival of new manager Maurizio Sarri, Drinkwater made no league appearances at all in the 2018–19 season. His only appearance in all competitions was during the 2018 FA Community Shield against Manchester City in August 2018.

After a full season without playing, Danny Drinkwater looked for a loan move to reinvigorate his career. Drinkwater signed for Premier League club Burnley on 8 August 2019 on loan until 6 January 2020.

On 31 August 2019, he was allegedly attacked outside a nightclub, resulting in injury and two weeks out-of-action. He did not make his league debut until 3 December, in a 4–1 loss to Manchester City. Drinkwater was unable to get back into the team after that game, and on 3 January 2020, Burnley manager Sean Dyche confirmed that Burnley would not extend his loan and he would return to Chelsea

On 7 January 2020, Danny Drinkwater signed for Aston Villa on loan until the end of the season. Aston Villa manager Dean Smith watched Drinkwater train with the team before confirming his loan deal. Smith stated that he was confident that Drinkwater had put the issues that had affected his previous loan behind him and he would be ready to provide cover for the injured John McGinn.

On 11 March, Drinkwater was told to leave Aston Villa’s training ground following an altercation with teammate Jota, in which Drinkwater reportedly directed a headbutt at the player.

A second failed loan move basically ended the hopes of a once-promising Premier League career. On 18 January 2021, Drinkwater signed for Turkish club Kasımpaşa on loan until the end of the season, he would only make 11 appearances.

With Danny Drinkwater’s contract expiring at the end of this season, he will certainly be hoping to play a key part at Reading and hopefully prove that he can still play at an elite level.