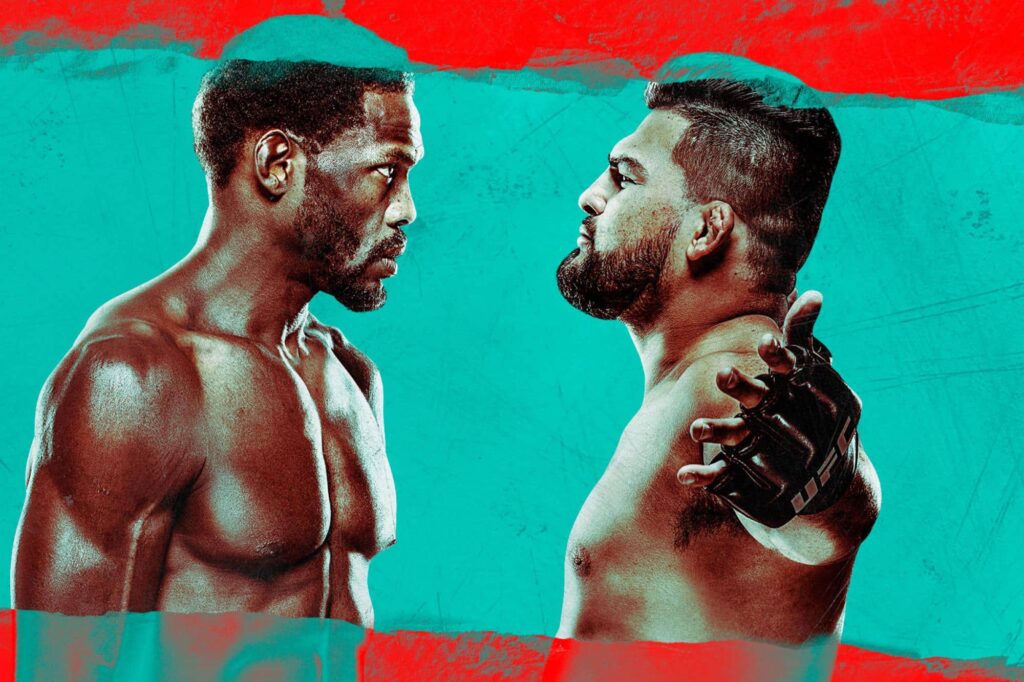 On August 21st, the UFC returns with another addition of Fight Night, featuring a main event of Jared Cannonier versus Kelvin Gastelum. As always, there is more than one intriguing storyline heading into the six fight main card. This installment of the event includes multiple matchups containing fighters with evenly matched skills. It should be a very entertaining evening for fight fans. Without further ado, let’s get into it!

Each of these two men loss their most recent bout to the highly regarded Robert Whittaker. The difference is Gastelum climbed into the ring with Whittaker four months ago, while it’s been almost a year since Cannonier’s last fight.

Heading into his matchup against Whittaker, Jared Cannonier was on a three fight win streak and his career was headed in the right direction. However, things took an unexpected downward turn when he tore his pectoral muscle in February of 2020. That injury delayed his fight against Whittaker, which was originally slated to take place in March of last year. Coming off of recovery and a layoff, Cannonier put forth a valiant effort in going the distance with Whittaker. However, he lost a unanimous decision and was forced to go back to the drawing board.

Kelvin Gastelum has been a very active fighter as of late; his next match will be the third time fans have seen him in the octagon this year. So far in 2021, he has compiled a record of one and one. He was able to win a unanimous decision against Ian Heinisch in February before coming out on the wrong side of a unanimous decision against Whittaker in April. It’s hard to imagine Gastelum squeezing in a fourth fight this year. August 21st will most likely determine if 2021 was a step in the right direction or a setback.

Although he has only appeared in two previous UFC events, Mark Madsen has compiled a 10-0 record as a professional. Having started his career as a welterweight, the 36 year old has determined that he is best suited for success in the lightweight division. Although he is yet to get a title shot in any organization he’s competed in, he is no stranger to success. The wrestler from Denmark walked away with the silver medal at the 2016 Olympics in Brazil.

Clay Guida has had 56 professional fights. No, that is not a typo. The 39-year-old has been a professional fighter since 2003 and has amassed almost 60 fights, winning 36 contests and losing 20. Fighting is in his blood; his older brother Jason was a mixed martial artists who competed in the rival Bellator organization. Although he is the more experienced fighter, Guida is not expected to emerge victorious against the former Olympian, Madsen. There are rumors that this may be the last time fans see Guida inside the octagon, win, lose or draw.

Park Porter was once the heavyweight champion in the organization he competed in. Unfortunately, most MMA fans have never heard of Reality Fighting Champions; they hold every event in the same arena, located an hour and a half south of Boston.

Porter was a champion ten years ago, in 2011, and lost his only attempt at defending the title. Since then, he’s competed in several organizations and has become known as a guy who can fill an empty slot on a fight card and compete respectably. That’s not exactly the reputation any professional is going for but Porter must be real with himself if he is ever going to improve. Sure, he’s a heavyweight and a naturally big guy, but weighing 265 lbs. is not conducive to being agile enough to compete with the best heavyweights in mixed martial arts. If Porter wants to be taken serious, he’s going to have to get serious about conditioning.

Chase Sherman lost a unanimous decision to Andrei Arlovski in April of this year. Prior to that setback, he’d won four consecutive fights. He is four inches taller than Porter, in addition to being the better athlete between the two. If he has prepared properly, there is no reason Sherman should not emerge victorious in the fight.

Saidyokub Kakhramonov will make his UFC debut on August 21st, after Mana Martinez unexpectedly pulled out of the fight earlier this week. His reasons for choosing not to compete are still undisclosed. The newcomer from Chicago, Kakhramonov, has an eight and two record through ten professional fights. Not much is known about him other than he was willing to take the fight on short notice; it’s not often that an aspiring fighter gets a call from Dana White’s organization. Saying no was not an option.

Both of these young fighters are out to prove they belong in the world’s most famous mixed martial arts organization. This will not be a boring match for viewers; each man will be looking for a stoppage in order to make an impression. Expect fireworks early and often in this one.

The first time Vinc Pichel stepped into the octagon as a professional fighter, Austin Hubbard was a seventeen-year-old high school senior. Since then, Pichel has amassed a very respectable thirteen and two record but has never been an active enough fighter to be considered one of the elite lightweights in the UFC. Known as a troubled youth who spent as much time in juvenile detention centers as he did school, Pichel has since turned his life around. He’s now a certified electrician making an honest living in suburban Los Angeles. However, all those years of getting into brawls at school made fighting a part of his DNA. At 38-years-old he has no plans of retiring from mixed martial arts anytime soon.

Austin Hubbard won the vacant LFA lightweight championship in December of 2018. Without a single title defense, he vacated the belt and joined the UFC. Since then, he has a record of three wins and three losses. Time will tell if he’s able to make a name for himself and establish a reputation as a fighter to be reckoned with.

In November of 2020, Brandon Royval’s career appeared to take a major setback. He lost to a little know prospect from Mexico named Brandon Moreno via first round knockout. It looked as if the four fight win streak Royval carried into the bout may have been a fluke. However, less than a month later Moreno engaged in the first of two epic battles with reigning champion Deiveson Figueiredo. The first fight ended in a controversial draw; Moreno won convincingly the second time around. Those two fights help put Royval’s loss to Moreno in perspective. He wasn’t knocked out by an average fighter; he was knocked out by the best flyweight in the world.

Alexandre Pantoja is the heavy favorite heading into his fight against Brandon Royval. He’s won five of his last seven bouts, including a unanimous decison over Manel Kape in February of this year. He’s been the more active of the two fighters, and he should enter the octagon with more confidence than his opponent. However, anything is possible when the best mixed martial artists in the world meet face to face; nobody should be writing off the 29-year-old Royval just yet.

UFC Fight Night: Cannonier vs. Gastelum can be viewed on BT Sport in the United Kingdom and on ESPN Plus in the United States. As always, we’ll have all the latest updates and analysis about the fights right here on World In Sport!