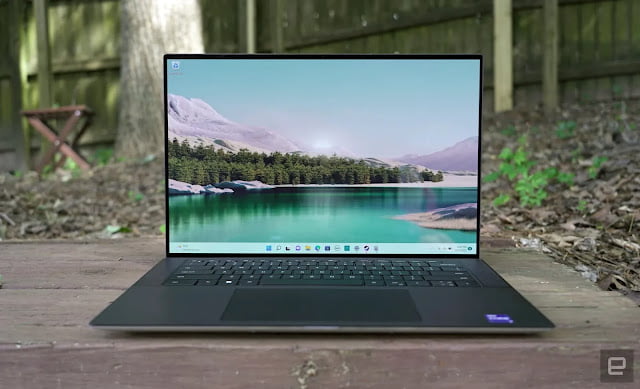 How can Dell improve on its already excellent XPS 15? By adding the latest hardware from Intel, whose new hybrid chips promise far better multitasking performance than before. We loved the XPS 15’s updated design when it debuted two years ago, and last year, Dell added an OLED screen option, which led us to call it “practically perfect” in our review. At this point, we’re running out of superlatives. Still, it’s worth noting that the XPS 15 continues to be the 15-inch notebook that every PC company aspires to make. 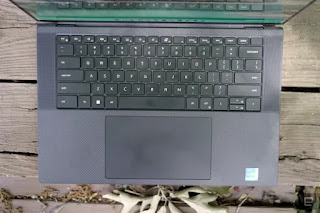 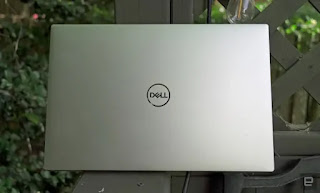 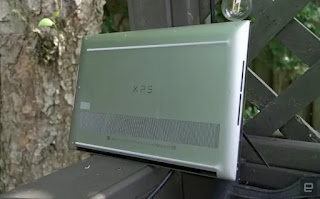 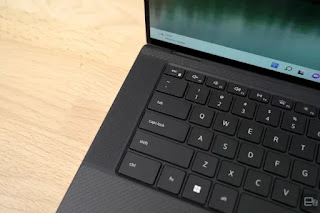 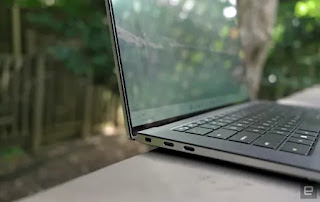 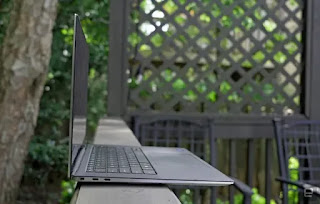 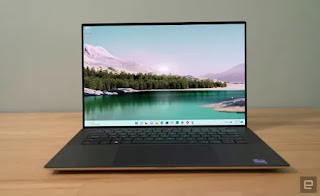 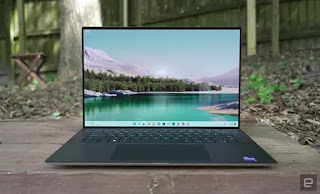 A big reason for that is the XPS 15’s recent redesign, which dramatically narrowed the bezels and gives the entire computer a more modern look. You can practically date laptops by the thickness of their ugly display borders. Even though I’ve seen it in various forms over the last few years, I still love the way the screen just flows into the lower keyboard area. And while it sounds like a cliche, those razor-thin borders truly make the screen look like it’s floating.

Every other aspect of the XPS 15’s case also feels like it’s honed to perfection, from the aluminum exterior to the smooth carbon fiber around the keyboard. I’m sure Dell will eventually give us an XPS 15 Plus that takes design cues from the newer XPS 13 Plus, but the standard model still has a level of polish that goes beyond most Windows laptops.

The big selling point for the XPS 15 this year is Intel’s new 12th-gen hybrid processors. Thanks to their combination of high performance and efficient cores, they’re far more capable than last year’s when it comes to juggling a bunch of work. And those low-power cores come in handy for saving battery life. Together with NVIDIA’s 45-watt RTX 3050 Ti GPU (which was also in the model we covered last year), the XPS 15 is now even more of a genuine powerhouse.

Our review machine, equipped with a Core i7-12700H, 16GB of RAM and that NVIDIA GPU, scored 17 percent higher than last year’s model in the PCMark 10 benchmark and 40 percent faster in Cinebench’s multithreaded test. In the real world, those scores mean that the XPS 15 could end up saving you hours when it comes to editing huge video files or rendering 3D projects. The new CPU also gave the XPS 15 a slight leg up in some complex games like Halo Infinite. I reached a steady 60fps while playing in 1080p with medium settings, whereas the last XPS 15 struggled with complex shooters while using the same GPU. (It was fine for a low-impact game like Overwatch, but that was about it.) 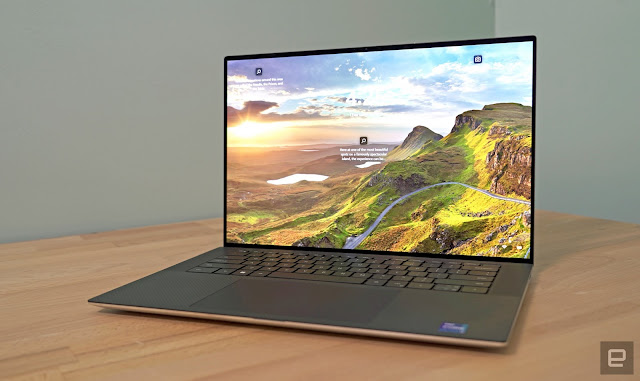 The XPS 15’s 3.5K OLED display remains a knockout, with excellent color reproduction, black levels and all of the bonuses you’d expect. Still, I’d love to see Dell push this display further, especially after both Apple and Microsoft squeezed high refresh rate screens in competing notebooks. Having that extra bit of smoothness while scrolling through websites (and taking on the occasional enemy Spartan in Halo Infinite) would make the already great XPS 15 experience even better. (Not to mention more future-proof.)

Everything else we loved about the XPS 15 last year remains intact. The keyboard feels comfortable and responsive, the trackpad is luxuriously smooth and large, and the quad-speaker system sounds great. The XPS 15 also has most of the ports you’d need to get some serious work done. That includes three USB-C ports (two of which support Thunderbolt 4), an SD card reader and a headphone jack. There’s a USB-C to HDMI and USB Type A adapter in the box, but you’ll still need additional dongles (or a USB-C mini-hub) if you want Ethernet and multiple Type-A ports. 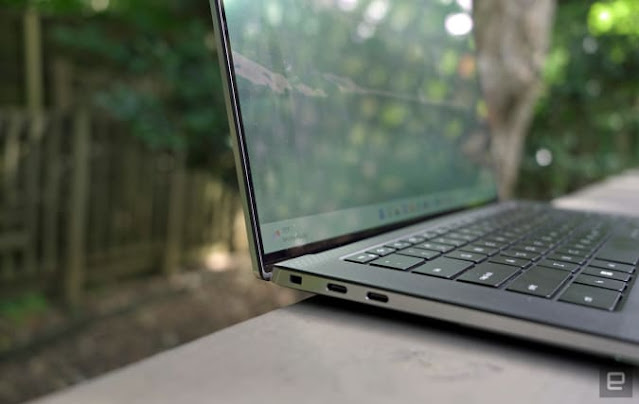 I’m glad Dell is sticking with the SD card slot, which will make it easy to offload photos and video. It’s also nice to see the XPS 15 make some battery life improvements. In our benchmark, it lasted 13 hours and 12 minutes, a huge improvement from last year when it clocked under 10 hours.

Despite my gushing, there’s still some room for improvement. While the keyboard, trackpad and wrist rest feel great, they also look a bit gross after light use. I’d love to see some sort of oleophobic coating that doesn’t need so much wiping down. And of course, having more useful ports wouldn’t hurt either. 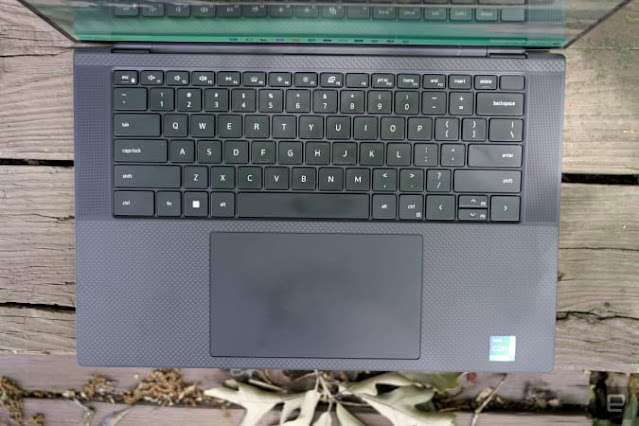 The XPS 15 starts at $1,449 with a Core i5 processor and 8GB of RAM, but as usual, we’d recommend bumping up those specs a bit. You’ll want at least 16GB of RAM, a 1TB SSD and a Core i7 CPU to make this computer last for several years. Our review unit came in at $2,253 – a relatively modest price given the hardware you get. Still, I’d spend a bit more to squeeze in a larger SSD and potentially more RAM, especially if you’re constantly juggling large files. 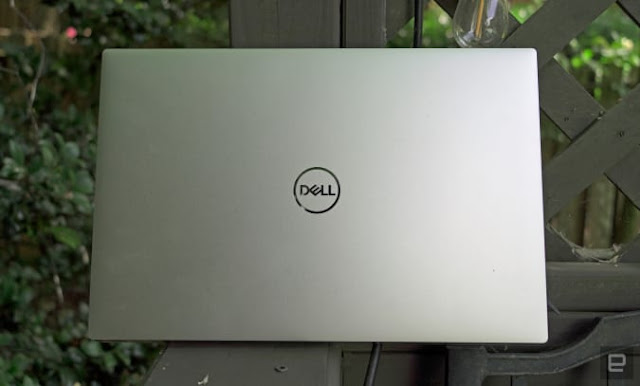 At this point, the XPS 15 is the closest Dell has come to delivering a near-perfect workhorse machine. It’s beautiful exterior hides tremendous power for serious tasks, but it can also handle games when you need some downtime. And on top of that, it packs pretty much every feature we’d want in a modern laptop, especially if you opt for that gorgeous OLED display. Just like Apple, Dell proves that a good design can last for years.