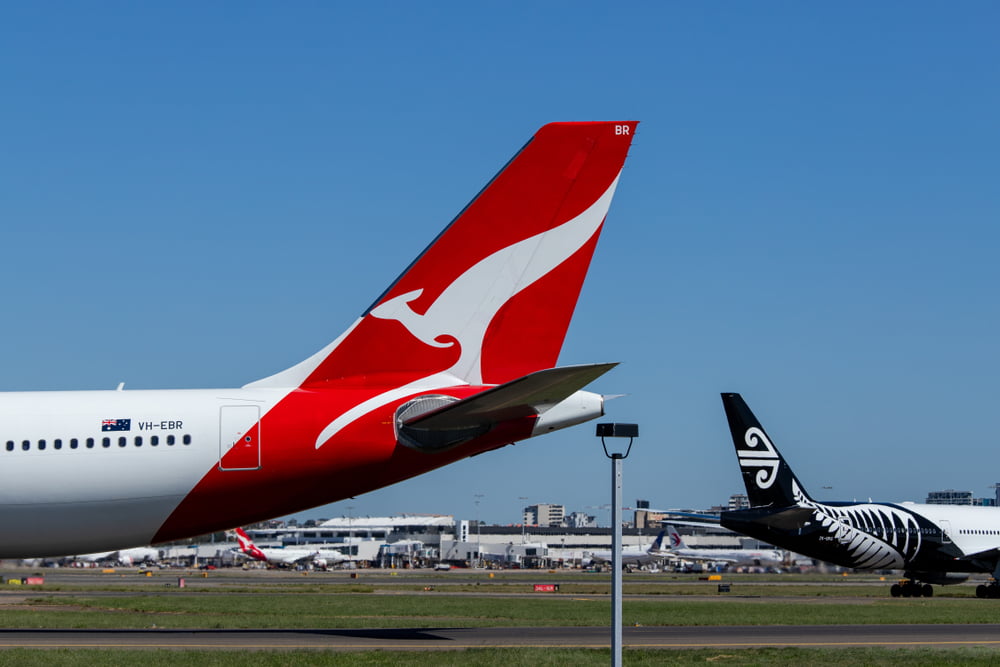 Qantas Airways and Air New Zealand, the two largest South Pacific carriers, have reported disappointing earnings for the full year of 2020. Large drops in passenger volume, primarily due to ongoing travel restrictions caused by the COVID-19 pandemic, have resulted in losses for both airlines.

Qantas recently announced that it hopes to fly internationally by December, while Air New Zealand says that due to the COVID-19 surge, it will be some time before borders open.

Last week, both airlines reported full-year losses as the COVID-19 pandemic spread across Australia and now New Zealand. Qantas reported an annual loss of A$1.73 billion, while Air New Zealand reported a nett loss of NZ$289 million (US$202 million) for the fiscal year.

“During the half, we saw the second wave in Victoria and the strictest domestic travel restrictions since the pandemic began. Virtually all of our international flying and 70 percent of domestic flying stopped, and with it went three-quarters of our revenue,” states Alan Joyce, CEO of Qantas.

In announcing its results, Qantas stated that it planned to bring back five of its 12 Airbus A380 superjumbos from mid-2022 to fly to the United States and the United Kingdom, a year earlier than previously anticipated.

The airline said it is a positive sign for travel in the Asia-Pacific region, where borders are mostly closed and international travel is 95 percent lower than it was before COVID, though the Qantas plan is subject to government approval and could be delayed.

Qantas said it expected flights to countries with high vaccine rates, such as Singapore, Japan, the United States, Britain, and hopefully New Zealand, to resume in mid-December, pending government decisions. The statutory loss of A$1.73 billion, including impairments and restructuring charges, was less than the previous year’s loss of A$1.96 billion. The airline reported A$3.8 billion in liquidity as of June 30, a decrease of A$200 million from the previous month.

“One of the biggest unknowns is the quarantine requirements for fully vaccinated travellers entering Australia,” Qantas Chief Executive Alan Joyce said. “If it’s 14 days in a hotel, demand levels will be very low. A shorter period with additional testing and the option to isolate at home will see a lot more people travel.

Because of the nature of COVID, we’ve already had to change our plans a few times. We can’t rule out the possibility of having to relocate them again. I understand that the prospect of flying overseas may seem distant, especially with New South Wales and Victoria under lockdown. Some may argue that we are still overly optimistic.

However, at the current rate of vaccination rollout, all Australian states are on track to meet the 80% target by December – the trigger for cautiously opening to some parts of the world. That means a lot of work needs to get started right away.

To assist it in surviving the pandemic The government, which owns 52 percent of Air New Zealand, has advanced NZ$350 million of a NZ$1.5 billion loan to the airline. It plans to draw down even more in the coming months.

Air New Zealand received approximately NZ$450 million in government assistance, including airfreight support schemes, in the fiscal year 2021. Border restrictions resulted in a 48% drop in revenue to NZ$2.5 billion and a 55% drop in capacity over the previous year. Revenue from cargo increased by 71% to NZ$769 million.

Given the current national lockdown, ongoing international travel restrictions, and uncertainty about the level of demand once these restrictions are lifted, Air New Zealand has suspended its 2022 earnings guidance.

Air New Zealand CEO Greg Foran said the 2021 fiscal year was one in which the airline played the hand it was dealt, kept planes flying every day, and took some important steps towards implementing its refreshed strategy.