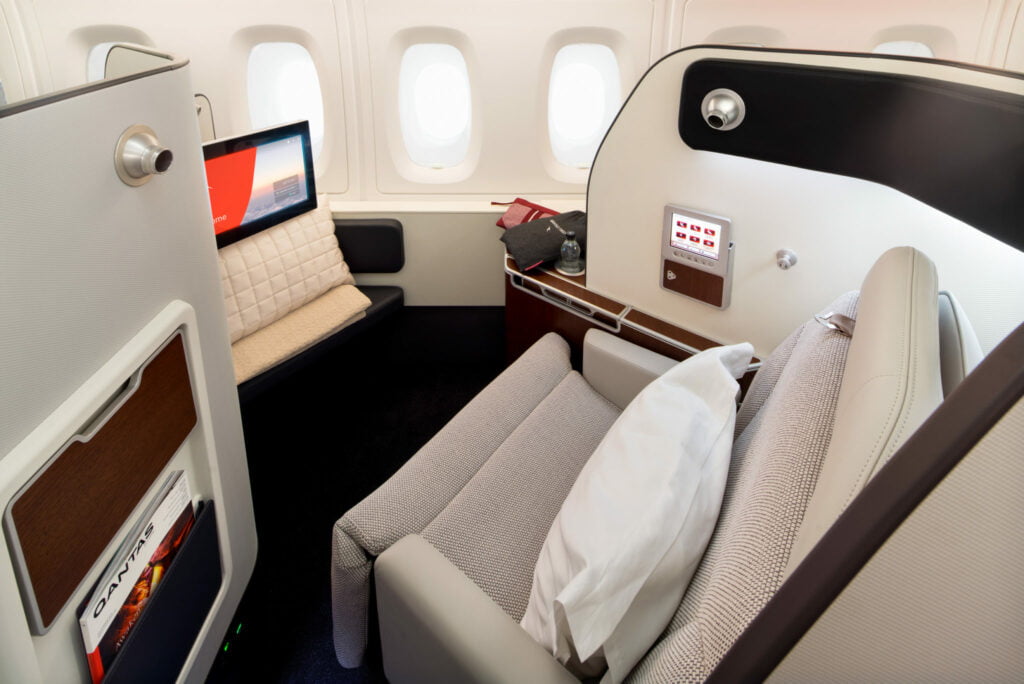 Qantas frequent flyers have spent millions of dollars in points to purchase items sold in the airline’s first points auction.

For five days, a different item was auctioned off each day. A private charter flight, a luxury New Zealand vacation, a Boeing 787 Dreamliner simulator session, a soccer coaching clinic, and two A380 business class seats were among them.

The two A380 “Skybeds,” sold as a pair, drew the most interest, with the opening bid of 350,000 points surging to a winning bid of 2 million points three seconds before the auction ended. Qantas said there were six bids in the final 60 seconds of the auction as aviation enthusiasts competed to secure a seat.

One keen frequent flyer successfully bid on a Dreamliner simulator experience for 1.2 million points. The session will be with Qantas’ chief technical pilot

The Skybeds have been phased out gradually as Qantas refits its superjumbos with its Business Suite, which provides direct aisle access for all seats in a 1-2-1 layout in business class. Because of the 2-2-2 configuration of the Skybeds, window seat passengers had to step over their neighbours to get to the aisle.

The decision by Qantas to continue refitting its grounded A380 fleet has been interpreted as an indication that the superjumbos will fly again for the airline once international air travel has recovered from the devastation caused by the COVID-19 pandemic.

The highest winning bid was for a private charter flight to Byron Bay, Hamilton Island, or Devonport, which received over 4.8 million points.

With Qantas frequent flyers continuing to accrue points through credit cards and other loyalty programmes but having few options for spending them due to the pandemic, the auction has been an effective way to encourage some members to spend their points. The airline has stated that it will hold additional auctions in the future.

The airline sold 1000 fully stocked drinks carts from its retired Boeing 747 jumbo jets last year. The entire stock sold out in a matter of hours, generating the airline approximately $1 million in revenue.