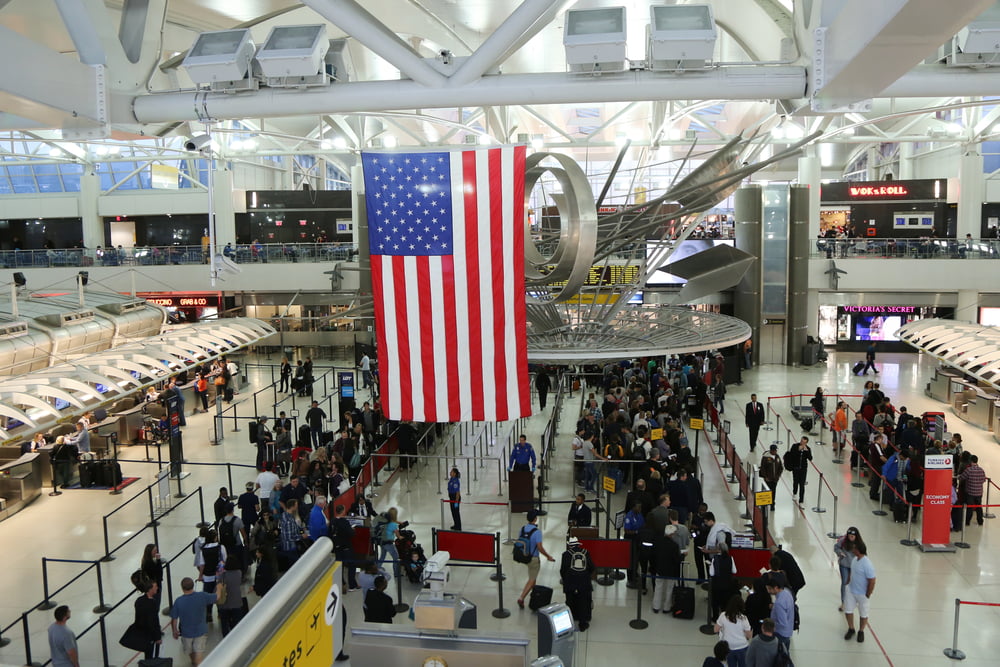 Restrictions that have barred much of the world’s population from visiting the United States since 2020 will not be lifted in the short term, according to the White House. The United States will not lift any existing travel restrictions “at this time” due to concerns about the highly transmissible Covid-19 Delta variant and the rising number of US coronavirus cases, the White House confirmed on Monday.

The decision was made following a senior-level White House meeting late on Friday. It means that the long-standing travel restrictions that have prevented a large portion of the world’s population from visiting the United States since 2020 will not be lifted in the near future.

“Given where we are today … with the Delta variant, we will maintain existing travel restrictions at this point,” White House spokesperson Jen Psaki said on Monday, citing the spread of the Delta variant in the United States and abroad. “Driven by the Delta variant, cases are rising here at home, particularly among those who are unvaccinated and appear likely continue to increase in the weeks ahead.”

The announcement almost certainly dooms any attempt by US airlines and the US tourism industry to save summer travel by Europeans and others subject to the restrictions. Airlines have been lobbying the White House for months to lift the restrictions, and some believe the industry will have to wait until September or later for a possible revision.

Most non-US citizens who have spent the previous 14 days in the United Kingdom, the 26 Schengen countries in Europe with no internal border controls, or Ireland, China, India, South Africa, Iran, or Brazil are currently barred from entering the United States.

To combat the spread of Covid-19, the United States imposed extraordinary travel restrictions on China in January 2020. Other countries have since been added, with India being the most recent in early May.

The US Homeland Security Department announced last week that the country’s land borders with Canada and Mexico will remain closed to non-essential travel until at least August 21 – despite Canada’s announcement that it will begin accepting fully vaccinated American tourists on August 9.

When asked about lifting European travel restrictions during a joint appearance with German Chancellor Angela Merkel on July 15, President Joe Biden said he would “be able to answer that question to you within the next few days – what is likely to happen”.

Merkel said any decision to lift restrictions “has to be a sustainable decision. It is certainly not sensible to have to take it back after only a few days.”

Since that news conference, US cases have jumped.

The director of the US Centers for Disease Control and Prevention (CDC), Rochelle Walensky, stated on Thursday that the seven-day average of new cases in the United States was up 53% from the previous week. The Delta variant, which was discovered in India, now accounts for more than 80% of new cases nationwide and has been detected in over 90 countries.

Psaki also mentioned how, due to an increase in cases, the CDC urged Americans to avoid travel to the United Kingdom last week.

People who are unable to see their loved ones have been outraged by the restrictions, and the White House has expressed a desire to reunite separated families.

The Biden administration has refused to provide any metrics that would indicate when restrictions would be lifted and has not stated whether it will remove restrictions on individual countries or focus on increasing individual traveller scrutiny.

According to Reuters, the White House was discussing the possibility of mandating Covid-19 vaccines for international visitors last week, but no decisions have been made, according to sources briefed on the matter. They stated that the idea is still being discussed.

In recent weeks, the Biden administration has also spoken with US airlines about establishing international contact tracing for passengers before lifting travel restrictions.

The post US won’t lift travel restrictions due to spread of Delta variant appeared first on Travel Daily.