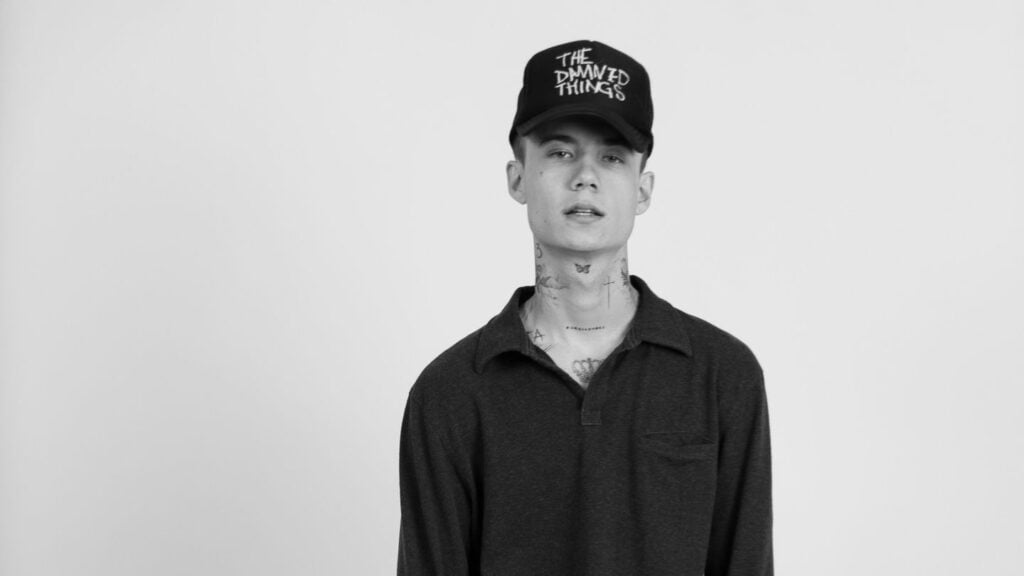 “I didn’t listen to punk music growing up at all.”

That’s become one of the more interesting revelations about Jxdn, the 20-year-old ascendent pop-punk superstar bolstered by TikTok and boosted into the pop sphere by Blink-182’s Travis Barker. For the singer born Jaden Hossler, MTV’s Push artist for August 2021, the time since then has been a quick education.

What got Jxdn into punk music was an ex-girlfriend introducing him to Blink-182 once he first moved to Los Angeles. Little did he know that Barker would eventually take an interest in his work after hearing his breakout hit “Comatose.” “It was the first time I heard of Blink consciously. I knew their songs in passing but it was the first time I ever heard them,” he tells MTV. “And then my manager calls me and she was like, ‘Travis Barker just called and wants to be talking to you about working with you.’”

Jxdn especially enjoyed collaborating and making “Think About Me” with the Blink-182 drummer. “It was such a fun track. I remember that’s when Travis was like,  ‘We’re gonna make some pop-punk.’ So we did.”

“When writing and producing ‘Think About Me,’ it really gave me a lot of confidence for the rest of my music,” he said, “because the music you have affects the music you’re gonna make.”

Jxdn talks about how he does not follow a specific format writing his music. To him, having a connection to co-writers and producers also matters a lot. “Sometimes we’re [working] from scratch, and I’ll have an idea of just words, and Travis is like, ‘Oh, bet,’” he said. “Travis produces a lot, which people don’t understand. Every single song of mine he’s produced. It’s about having the right connection. I don’t use a lot of writers, I’ve probably been in with two. It’s not about [that] I think I’m better. My music has to have a connection and it has to be coming from a real space. It just takes a minute to get there sometimes.”

Looking back at “Think About Me,” which has kept him on the mainstream radar, Jxdn wonders if he could go back and do it differently. But he sees it as a pivotal point in gaining a sense of strength and love for himself, along with satisfaction on what he has been able to do.

“This song is exactly what it needs to be, and the music video that came with it was the first time I ever felt confident about what I was wearing,” he says about the soft boy aesthetic he sports in the “Think About Me” visual. “I was always really reaching for stuff before. But I just decided I’m gonna paint my nails differently. I’m gonna wear a cardigan and look kind of like emasculine and not very strong, and I felt more confident, and I feel like I gave off a such more organic strength than I ever had before.”

Discovering pop punk brought so much happiness into Jxdn, and he hopes that others are able to see that: “I want my music to speak for itself, which I hope it does, and I don’t want it to distract from that.”

Watch Jxdn’s spirited performance of “Think About Me” with Barker on drums (naturally), and get to know him more in the MTV Push interview above.